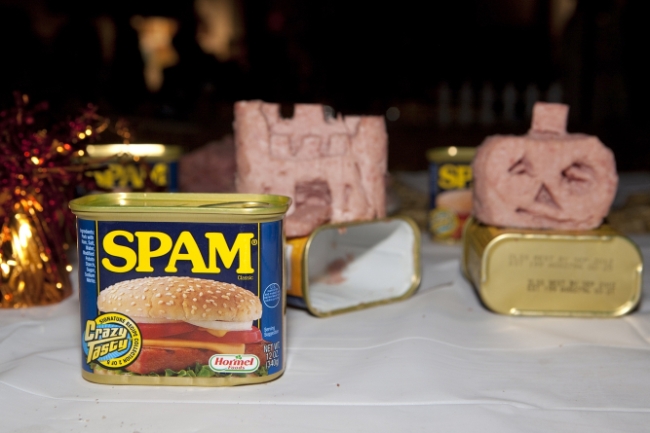 It’s an astonishing achievement by Eoin to create such an effective campaigning tool in such a short time.

Hats off to him for all he’s done.

Dr Eoin Clarke nominates Richard Murphy as the most influential left-winger thinker 2011/12; if you’d like to submit a nomination for someone on the left who has made a contribution to advancing left-wing ideas or concepts in the past year, please email editor@leftfootforward.org

Moral outrage against tax avoidance became trendy in 2012, so much so that even David Cameron attempted to jump on the bandwagon. Away from the front pages, however, many recognise the immense amount of dedication, perseverance and hard work it took to push the issue to the centre stage of UK politics.

No person has done more in the last year to push the importance of tax avoidance as an issue than Richard Murphy.

You may have noticed that Richard Murphy has been all over Twitter this morning with a piece which is a précis of an Ed Balls speech about Tax Avoidance. The piece is at Dr Eoin’s Labourleft website, entitled “Labour Commits Itself To Tax Transparency“.

Neither Balls nor Murphy mentions that any chaos (if it exists) in tax enforcement, and cuts in staff numbers (if they matter), date back more convincingly to Ed Balls’ and Gordon Brown’s shotgun merger of the Inland Revenue with Customs and Excise over a very short period, back in 2005, than to the last year or so.

For a merger of two organisations with almost 100,000 staff that was a little optimistic, not to say crazy.

This is what George Monbiot (Monbiot linked from the Raccoon Arms – horror!) said about it in November 2010:

In 2005 Gordon Brown merged the Inland Revenue with Customs and Excise to create HMRC. Between them they had 99,000 staff. Since the merger this has fallen to 68,000. Some of the staff cuts were the result of sensible efficiencies. Others attacked the service’s core functions. The money it spends on fighting tax avoidance, for example, has fallen from £3.6bn in 2006 to £1.9bn today. Many of the crises HMRC has suffered since then – such as the recent pay as you earn fiasco(8) – are the result of Labour’s cuts.

Dr Eoin has applied his Voodoo Twitter technology, which consists of simultaneous posting to around 12 different ‘regional’ accounts belonging to ‘regions’ of his Labour Left “thinktank”.

A first examination suggests that Eoin Clarke is doing this for many articles. The Richard Murphy article is a repost of a piece from Murphy’s own blog from days ago, which appeared on 13 January, so it hardly needs heavy promotion.

My first thought is that Clarke is trying to game the Ebuzzing blog rankings, as referenced in Richard Murphy’s comment at the start of this article. When I was involved with EBuzzing (aka Wikio), their algorithm was vulnerable to these tricks.

These Twitter accounts seem to have been opened in November last year, as shown in this screenshot from Twitter Counter:

Curious. That was right in middle the of Dr Eoin’s beasting from the Defamation Lawyers, just as he was becoming the UK’s Champion Apologist.

Sorry – this is quite a long picture. I have filtered out a few retweets, and there are a couple of innocent retweets in there, but nearly all of these are tweeted at the same second across multiple accounts.

I’m not even convinced this is all of it, as it’s a devil to pull these out of Twitter later and not miss any.

I’d say that this is the new strategy for maintaining prominence after The Green Benches blog had been renamed to Green Benches UK.

As a technique, it’s pretty spammy. Perhaps there is a link here with Dr Eoin having changed his Twitter Accounts several times recently – I lose track, but I think he’s now on @DrEoinCl, after abandoning @DrEoinC and @DrEoinClarke over the last several months

I wonder if anyone will complain, after digging out a few more articles with the same promotional tricks.

In partisan politics, I’m not sure that I mind Dr Eoin spamming Twitter; it’s like a farmer who has bought a bigger sileage machine and is making an even bigger smell than he did before. For most of the articles he tweets, it’s not as if pointing more prominently to ever larger amounts of nonsense will win any elections.

To be clear: I don’t think Richard Murphy has done anything on Twitter which is questionable.

Photo Credit. If anyone can work out why the Española Valley Humane Society is running a competition for carvings made out of liquidised pigs, you can buy yourself a can of spam and pretend I awarded it as a trophy.

I suspect Eion’s blog is ‘top’ due to the thousands of hits he gets by
everyone popping in to see what errors and/or rubbish he has posted (perhaps
we all post errors, are his points in the comment above valid?) And isn’t
Murphy ripped a new one fairly regularly too?

This piece is factually erroneous. The factual inaccuracies are stark, and
it appears no attempt to fact check has taken place. I have no access to
Labour Left’s website, nor have I knowledge of who tweets from the various
accounts. I founded Labour Left, but we have an executive committee chaired by
an MP, on-line editors and social media coordinators.

I am none of these.

I have no doubt, given your good reputation that precedes you, that you
will want to take the necessary steps to remedy this.

Your earlier piece regarding supposed lawsuits had some serious
inaccuracies also, but less stark than these. Some comments on your piece,
specifically one relating to Andrew Percy’s piece was also inaccurate. My
email is on my website, and you are always welcome to ask me for
clarification.

Warmest regards to you and your readers, and best wishes,

Thanks for replying Eoin.

Plannning to respond here, by email and probably with a followup
article.

I am reminded of the City grandee, when using one of those new-fangled fax
machines (in those early days, a messy revolving drum linked up to an
‘acoustic coupler’) having sent one in error. He telephoned the recipient:
“I’m terribly sorry, I’ve sent you that by mistake; would you be good enough
to send it back?”

When he realized that anyone passing the machine could read it (and it
could be presumably re-faxed) he was doubly appalled.

“Where will it all end?”, he asked me, “Is nothing to be private
anymore?”

PS Richard Murphy is a goon. I have no developed view re. ‘Dr’ Eoin Clarke,
save what I have discovered on here. From what I have gathered, one could
carve a better man out of a banana.