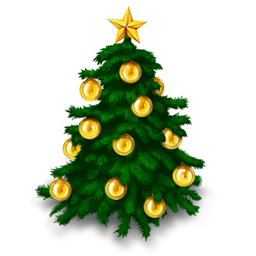 The Taxpayer, aka, Northern Rock Asset Management is to hand back some £270m to 152,000 customers. Apparently the Taxpayer wasn’t used to running a Bank and forgot to print on the statements the amount of the original loan; this meant that it was illegal to charge interest for the loan of the Taxpayers money – so we’ll be foregoing any interest that we should have received, and handing it back to the mortgagee in time for Christmas – an average of £1,775 a piece……

Just as a matter of interest – most of those loans were for less than £25,000 each. Not the sort of sum that buys a salubrious pile in South East England, more the sort of sum that you might associate with the purchase of a heavily discounted council flat in Middlesbrough. Exactly the sort of business that Northern Rock once specialised in.

Given the amount of unemployment currently being endured by unskilled workers in parts of the country that might have property for sale in that price region, even allowing for heavy discounting, I do wonder how many of those loans we were effectively receiving our money back on anyway.

‘Support for Mortgage’ (otherwise known as ‘the Taxpayer pays your mortgage for you’, similar to the scheme we operate for MPs)  payments are still available to those receiving pension credits, job seekers allowance or income support. This is normally paid direct to the mortgage company.

Will these Christmas bonuses all go direct to the mortgagee, or will those paid for by the Taxpayer be returned to the taxpayer?

Your starter for ten….

Yawwwwwn, the government pissed away £270,000,000 yesterday, it’s not even
very remarkable anymore-17 comments.

To answer the question-since the letter was presumably to the mortgagee,
and since their ‘uman rites or somesuch to be told how much the original
mortgage was, (because most people seem to throw away their mortgage after
they receive a copy but even if they don’t throw it away, how can the peoples
bank expect them to retreive a copy from the accordion file?) they deserve to
some compo.

In liebourland nearly everybody gets compo, and everybody who gets compo
votes liebour. And hey, it’s tax money, plenty more where that came from.

Personally, I am much too obsessed with on what to fritter my £10
Pensioner’s Christmas Bonus to worry about it.

So the taxpayer funds another private sector cock-up. No news there then. A
shame the money can’t be clawed back from the overpaid executives who earned
such huge sums to supposedly ensure the correct running of the bank. In the
same way I suspect the $1.9 billion fine levied on HSBC won’t come out of the
pockets of those who gave the green light to money laundering. expect their
account charges to go up in the New Year.
Just to keep things in proportion
however, the £1,775 per person which, with the flimsiest of conjecture, you
suggest is going to unemployed people in the North is a drop in the ocean
compared with the minimum £108,000 gift to be received by millionaire earners.
(By your logic, these are mostly in work and living in the South). Since
government money must come from somewhere, this gift is coming courtesy of
those paying increased VAT, having wages frozen again or the thousands who are
disabled and out of work and having their living allowance slashed.

I expect the 45,000 customers who have already repaid their loans, are
part of the Southern Diaspora, slumming it in Middlesbrough.

And who is taking responsibility for this cock up and offering his/her
resignation? Let me guess…..er…..nobody

We are Taxpayers. We are Legion.
We do not forgive.
We do not
forget.
Expect us.

As a tax payer, who has never claimed a penny, I am one quarter furious
that such a mistake was made, but if I’m honest, three quarters thrilled
that I may get some money back. The ridiculous thing is that I only paid
what I thought I owed. I didn’t over-pay. So, while I’m not going to refuse
to accept it, because there’s no point, I shall have to think of a way to
pay it forward..after buying drinks all round of course

Um, while I’m appalled at the loss of tax payers money…..I was a northern
rock customer. So……

…..chrimbo drinks may be on me!

Support for mortage interest, actually. It’s designed to
prevent people losing their homes and then having to claim housing benefit.
According to the Shields Gazette the problem is due to incorrect drafting of
some letters which omitted the legal bits. In other words, standard operating
cock up for the banking and financial services sector.

Perhaps worth noting in that BBC report: “The mistakes pre-date the
separation of Northern Rock plc and Northern Rock Asset Management.”

This appears to mean prior to 2010… ie…… another Brown Balls
Cock-up.
The BBC must remain politically impartial however, so of course
George Osborne must take the rap instead.

Et tu Anna?
Get off Middlesbrough’s back.

For which taxpayers could take ‘Southern Comfort’

And folk used to marvel at ‘Reaganomics’ in America – he was just a
novice.