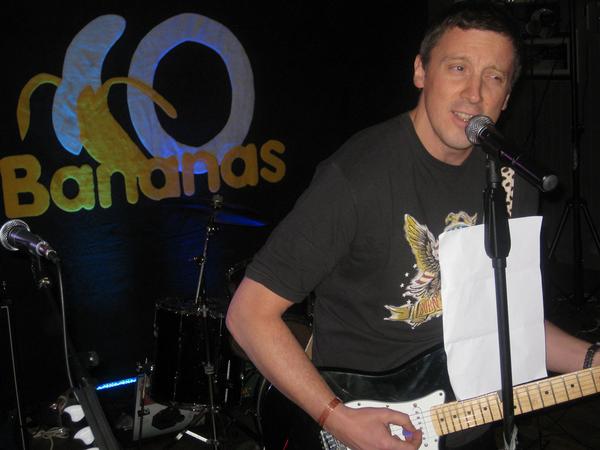 “What matters now is justice takes its course” says The Sun this morning in respect of the Tia Sharp case.  Strange that – they are not always so keen on waiting for justice to ‘take its course’. Sometimes they sail perilously close to nudging ‘justice’ in the direction they would like to see it take.

Back in June, Tom Newton Dunn, one of the Sun’s reporters who takes the occasional knee-jerk swipe in a vaguely political direction, published an ‘exclusive’. “All OAP expats can claim £200 winter fuel payout”. It was illustrated with a picture of two alleged ex-pats sitting in the blazing summer sun beside an expensive swimming pool – the inference was obvious; these people are living the life of Riley and have no need of a ‘handout’.

I took an immediate interest in the article because I have been following the progress of the various court cases brought by British pensioners living in some of the coldest winter temperatures who are discriminated against by the British government – in contravention of European law – because they have chosen, as European citizens, to live in Europe. I was not aware that there had been a ‘landmark case against the Government last month’, as Tom claimed in his article. I spent the better part of a morning trawling through Strasbourg cases looking for this mysterious ‘landmark case’.  Finally I received an e-mail in reply to my enquiry to Newton Dunn himself as to where I might find this ‘landmark case’.

Ah well, it seems that there wasn’t actually a landmark case in Strasbourg last month – not Tom’s fault, he said,  no it was all the fault of the sub-editor, whose subbing had been, quote ‘less than ideal’. The Strasbourg case was that of Stewart (C-503/09), a now historic case. What Tom was referring to in his snide piece regarding ” pensioners in warm countries and tax havens across Europe” who later become ‘tax dodging pensioners’ no less, was a tribunal case he described to me as being only ‘technically’ ongoing. Tom might like to double check his dictionary definition of ‘technically’.

The case is actually on going, not just technically ongoing – and Tom’s exclusive was even more exclusive than I had imagined. It was a leak of the Department of Works and Pensions submission to the judge in a current case. In fact his exclusive was so exclusive that neither the judge nor the appellant had seen it before it was published in The Sun. This used to be what we thought might be contempt of Court in the bad old days before Leveson took The Sun and other newspapers to task for their unethical methods. It will be interesting to see what they call it now.  Is it in the public interest to know what the DWP is planning to submit to a judge before a judge does?  We will find out.

A formal complaint by the appellant regarding Newton Dunn’s article has been lodged with the officer in charge of Operation Weeting, the task force in charge of looking into the unlawful acquisition of information.

Newton Dunn’s snide comments regarding ‘tax dodging pensioners’ was of particular interest to me, for it is his Father, the sometime Conservative, currently reinvented as a Lib-Dem European MP, Bill Newton Dunn, who is often credited as having coined the phrase ‘democratic deficit’ regarding Europe – he didn’t actually (another subbing error here perhaps?).

This in turn is a matter of some importance to the many UK citizens who through work, marriage, or the high UK housing prices, have made their home in Europe and find themselves penalised through lack of political representation – despite being UK tax payers, not dodging UK taxes. Nick Clegg previously held Newton Dunn’s seat in the European parliament. Clegg showed his ignorance of European law last month by expressing surprise that British citizens don’t choose to vote for national political representation in which ever country they have taken advantage of free movement throughout Europe to live in. They can’t.

The British parliament is terribly keen to see Britons who now reside in Pakistan being able to vote in British elections, they are keen to see that Polish workers temporarily working in Britain are getting all the extra benefits – child tax credits anyone? – that they may be entitled to; yet senior politicians like Ian Duncan Smith are equally keen to be seen in the tabloid Sun making offensive comments about British citizens who have paid their taxes all their working lives and are now discriminated against.

The £200 payment in question is chicken feed compared to the winter heating bills of the 440,000 pensioners living in Europe – they may live in hot countries in the summer – and require expensive air conditioning to survive, but it is about time the British government recognised that mean winter temperatures in those countries are dramatically lower than those in balmy Britain!I am in regular correspondence with many pensioners who live lives of genuine financial hardship thanks to the British government.

Newton Dunn’s article is beginning to look like a deliberate leak and snide sideways swipe to influence the outcome of an on going court case. I will keep you posted.

That’s a fine banana skin behind you Tom!

Does ANYONE expect anything truthful & sensible in the Sun? It’s a bit
like Viz, but without the intellectual content…

True, what is it they say, that you need a reading age of 5 to read the
Sun?

This guy is a born fool, whom, I hope, will soon find himself ‘in the jug’.
Good Article!

Simple solution. Scrap the winter fuel payments (along with the free bus
travel, TV licences, and other such universal handouts given to people just
for being ‘old’). Genuinely hard-up pensioners should be supported through
means-tested income support.

Utter crap! I’ve ben paying all my working life for a pension – Means
testing? Screw any “government that tries that on,. I think the Courts will
be overloaded.if that were to happen. It’s already disgraceful what they’re
already doing to the disabled and sick with their dogma led crap.

Al it wants is for “JUstice” to take its course” – There is a nice, clear,
objective remark (we must ‘just’ hope that minor details like evidence, trial,
decision making at various levels -&c don’t get in the way.

Thanks for that. Another one to file away in my computer under the heading
” why I hate the vile hole called the UK “

I don’t understand why the heating allowance isn’t immediately consolidated
into the state pension.
The very poor will pay no tax, as now; the better
off will be taxed. Job done. No need for expensive means testing adding cost
not value. No debate about eligibility.
A sensible uplift in the personal
tax allowance would help, too.
And an end to the victimisation by HMG/DWP
of Brit pensioners in some countries.
Agree entirely about the cold
continental winters coupled with high energy cost and homes designed mainly
for the hot season, and I recall the much greater sensitivity to winter cold
when you live in a hot climate.
Finally, I do object to the state pension
being referred to as a benefit as if it’s something given because of need. It
is a purchased benefit. See what you get if you don’t have enough
stamps/eligible full years of contribution.

Never mind, Mr Newton Dunn, the prison cell to which you are going is in
Britain, and has central hrating… but I wouldn’t linger in the showers to keep
warm, I’ve heard that your new chums will just LOVE a fresh rosy-cheeked
journalist to make friends with!

Oh, and Mr Clegg, that’s something he will have in common with UK pensiners
abroad… prisoners in UK jails don’t get to vote for a democratic
representative either.

Any relation to the Miss Hunter Dunn of John Betjeman poetry fame? Perhaps
he needs to take more exercise. I recall camping in the Auvergne high up in
August once when overnight the teaclothes and our washing froze on the
line

I must admit, winters in Andalucia (especially in the mountains) can be
unbearably cold. Most properties have fire places but wood is very expensive
and takes up alot of space if you live in a flat. Electricity isn’t cheap
either and I don’t know of one place that I lived, that had central heating.
We used to resort to a couple of camping propane heaters, which wasn’t ideal.
You then have the added inconvenience of storing spares and getting the
buggers up and down in the lift. As you’ve said, most of us who ended up as
expats, spent their entire lives paying taxes, we are more entitled to
benefits than most of the Europeans that have recently moved to the UK.