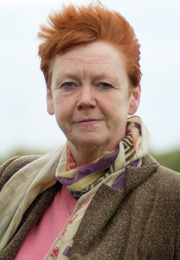 Up in the Labour heartlands, a minority of Labour members managed to rouse themselves from their indolent apathy and put in their votes to select the Labour candidate for the new role of Elected Police Commissioner.  It doesnât bode well for the democratic process involved in the actual elections, that a scant 2,500 of them even cared whether they ended up with a man with experience of the inner workings of the Police service via his position as deputy chair of the soon to be abolished Northumbria Police Authority, or a woman who thinks that a) criminals should be punished twice, b) she shouldnât have to clean up her own dog shit, c) Speeding regulations are for the little people, and d) as of today â some people should be sent to prison long before they have committed a crime.

Ever since our Vera settled for Â£32,383 from the Taxpayer to gently reinsert herself into the land of working for a living, a pittance generously bolstered by the Â£265,000 sale of the house we paid for, the search has been on for another tax payer funded sinecure.  What could be better for a woman with such scant regard for the law of the land than Police Commissioner for Northumbria, on Â£85,000 a year?

There will, of course, be a range of expenses on offer in addition to the salary, no doubt Vera will find her way around an expenses claim sheet with alacrity.

Havenât the good folk of Redcar suffered enough? Is there to be no respite for them from repeated applications of Aloo Vera?

So this is just another party-political thing, and one of the anointed from
the existing mainstream parties (or elsewhere in the political class
establishment) is certain to be elected/appointed?

So nothing whatever will change.

Why am I not surprised?

She did not even reply to my tweet about Independent candidates comme moi
meme. Sob.

If she does break the law in her area,who will have the courage to
prosecute her and risk their job?

If Vera does get elected ( may the Great Pumpkin prohibit it )she will no
doubt soon, with her newly enlarged ego, transgress the law. I hope that some
soon to retire Senior Police Officer makes sure that she is nicked, binned and
robustly prosecuted.

Youâre probably forgetting that all she has won is the position as one of
the candidates in a democratic election process.

No doubt the wise electorate of that region will give full consideration to
the attributes and manifestos of all the candidates, before granting their
precious individual votes to the candidate they believe has the optimum chance
of using their proven skills and experience to provide the most effective
oversight of the police service in the locality.

Oh shit, itâs the North East â I think I can see what you mean now !

We can always hope she will lose the election to be Police
Commissioner.

Dear. God. I. Am. Almost. Speechless. I am losing the will to live nowâ¦. I
am more and more coming to a view that it is time to flee this land and put up
a tent in some Eastern European beauty spot, free from the parasites of
professinal careerists and the political âin crowdâ.

Vera Baird. Whatâs not to like, eh? That people of her calibre and ability
are able to assume positions of real power and influence in very large numbers
speaks volumes about the corruption at the heart of what we fondly imagine to
be our democratic system.

Does it? Or does it just tell you all you need to know about unthinking
tribalism?