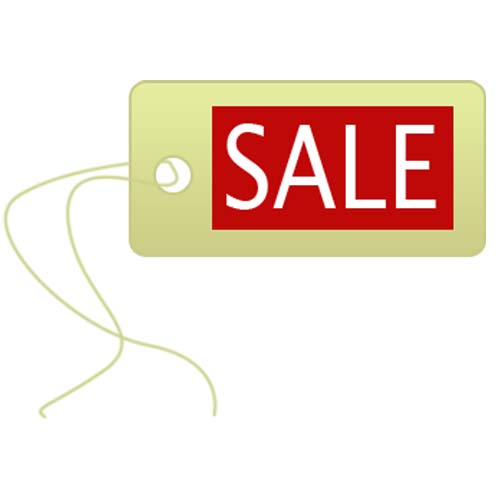 Get your cheap Filipino brides whilst you can! Or even your attack Chinese brides to ward off custard pie assaults whilst you are explaining yourself to parliamentary committees. Theresa May is about to change the immigration law.

In future, after June 2012, only rich Britons will be able to afford a compliant, docile non-EU bride, the peons will have to make do with one of the home grown, tattooed,  muffin topped variety.

The divide between rich and poor, homosexual and heterosexual, will be ever more starkly illustrated as those who are earning less than £27,500 a year will be barred from obtaining a free choice of partner from the world genetic pool, and must dip their wick amongst the left overs from Cardiff or Aberystwyth. Those who want to acquire their cuddle mate complete with rug rats must prove an annual income of £62,600. Only the richest gays will be able to take advantage of the proposed new marriage laws mit kinder.

As is usual with new laws these days, this neatly leaves MPs, on £65,738 out of the loop – are there any laws made that they are bound by?

This is expected to cut immigration by a stonking 15,000 if we exclude those fastened to the underside of the Eurostar.

We already have the obscenity that requires those who fall for the charm of non-EU femmes fatales et hommes fatales being obliged to live in sin with them for a two year mandatory period before they can make an honest man or woman of them.

De facto (unmarried) partners must have been living together in a committed relationship for at least two years prior to the application for a settlement visa being submitted to the UK Border Agency (UKBA).

They will now need to get a job at over £1,000 a week in order to comply – but for how long do they have to hold that job down, just long enough for the application to go through? I predict a sharp rise in employment agencies in Southall – a fee of £5,000 should be sufficient to produce a certificate saying you’ve been employed for four weeks at the required salary, leaving a healthy profit for the agency. Coaching for the English lessons thrown in free.

Blimey, at that price, Devil’s Kitchen would have had to settle for an old sock and a pile of Playboy magazines instead of the luscious Bella Gerens…it doesn’t bear thinking about.

Allegedly, statistics provided by the UK Border Agency who tell us that they don’t keep statistics, say this cut of 15,000 immigrants will be mainly felt amongst young Bangladeshi and Pakistani men – surely a mandatory six month tour as a conscript on the front line in Helmund to qualify as a potentially ‘desirable’ Briton would have the same effect?

Who in God’s name dreamt this one up?

“young Bangladeshi and Pakistani men – surely a mandatory six month tour as
a conscript on the front line in Helmund to qualify as a potentially
‘desirable’ Briton would have the same effect?”

As many of them indeed appear to do – just not on our side.

For info: The current cost of a person obtaining British Citizenship (not
including passport) is £836.00, after the applicant has jumped through the
various residence hoops… A bargain?

One solution is to form a compulsory peace corps.
Where suitable young
people are ‘encouraged’ to go to Africa – and do good deeds in exchange for
the welfare they get.
With all the diversity indoctrination that has been
propagated in the UK for years – there should be no problem.
It is quite
possible that high BMIs would have special attraction there.

Government will never do enough in a single move. It is unlikely anyone in
politics ever comes up with a one size fits all policy.

I for one consider this a small step in the right direction.

Keep on rocking in the free world

Oi, I have cherished memories of Sian from Aberystwyth.

Yet will this legislation tackle the real problem of a large,
non-productive ‘client’ population? Will it touch the issue of ‘arranged’
marriages where bride or spouse is brought from overseas? Umm.. probably
not.

This measure is not as futile as some suggest and is actually targeting the
following scenario. In many households from the Sub-Continent, granny gets to
fix who you marry. She favours a good , obedient, un-contaminated by Western
values, girl from the home village.
Thus, another semi-literate immigrant
with none or very little English , swells the ranks of those who will never
integrate into UK society and the system perpetuates itself !
So, some
kudos are actually due to May for grasping the nettle.

And the Americans, Canadians, Australians, New Zealanders, South Africans
etc who get caught up in all of this are acceptable collateral damage?

While I appreciate, Backwoodsman, what you are aiming at, how does this
measure begin to solve the problem you describe?

Husband’s income is not a very good proxy for his willingness to
disobey Granny. And, as Anna said, English ‘certificates’ can be easily
arranged.

And just under the RSS and Twitter feed logos, what do we see?

Where to begin with this?
Actually this is soooo utterly brainless I
don’t think I can be bothered.
Why don’t they just put up a sign: ‘Non-U’s
not permitted beyond this point’

This is simply the politics of timing – after getting a serious mauling
over the Granny-Tax Budget, Cabinet splits over minimum alcohol pricing and
knowing the bubble was about to burst on Cash For Access, what better than to
throw out an instant policy which should appeal to, and appease, the trusty
voters ?

We all know that tinkering with non-EU immigration is ineffective
lip-service, especially in marginal areas like this, but when a dog-whistle’s
needed, it’s as good as anything.

Depending on how this gets implemented (i.e. retrospectively or only going
forward) there are a number of people within the multi-national (both in terms
of employees and presence) company I work for who will, I expect, be caught by
this change.

Yes, but there has been quite a lot of huffing and puffing about excessive
immigration to the UK. (Note to any Guardian readers who may have landed here
by accident – it’s nothing to do with race, creed, colour, origins, Body Mass
Index, inside leg measurement or anything else – it’s just that the numbers
are too high.) So if you’re going to reduce numbers to something more
managable, you have to start somewhere. Stopping reasons for entry that may
put additional pressure on the benefits system seems as good a place to start
as anywhere.

But as Spiral Architect points out above, unless the EUNCHR is taken out
of the picture, it’ll just be business as usual.

Agree EUNCHR is the pits ( as John McEnroe would say)
We Britss dont
need it we are fair people. You may laugh but cast yourselves back to
before the 2nd World War– was Britain awash with Nazis? no we back freedom
and fought them and so so many of our brave lads and girls died.
Much
more recently when the IRA were carrying bombing campaigns on the UK
mainline, there was not a general back lash against Irish people.
Even
more recently with the LOndon Tube bombings carried out by militant Islam,
our Brits didnt carry out repriasals, despite the casualties.
British
peole dont need the EU to tell them how to behave

I agree that this one leaves a nasty taste one’s mouth……….but is there a
better way to get around the ‘marriage for passport and benefits’ scam – which
is mostly perpetrated by those who do not earn much?

I hope May will follow this with aggressive steps to tackle fraudulent
students who gain visas and then never (ever) attend classes and disappear
into the brown diaspora of London and/or northern towns.

This should be followed up with May kicking EUNCHR judgements into the long
grass – specifically ‘the right to family life’………..if Ali Mudassar arrives in
Britain, claims asylum fraudulently then he gets hoofed out – if he has
fathered children and married some dopey slapper from Stockport, then one
assumes that if genuine, then ‘true love’ will blossom just as strongly in
Somalia.

It’s time – not just to put the shutters up – but to start
repatriations.

Britain is full, Britain is in debt, Britain’s culture is being diluted too
quickly.

Weeeel, you can marry as many Frenchmen as you like, even dead ones, it
won’t get you a French passport or social security…..my Scottish friend has
been married to a Frenchman for 40 years, still hasn’t got her French
citizenship, she is ‘just married to a Frenchman’ as far as the authorities
are concerned.

That’s probably because your Scottish friend already has an EU
passport.

My wife of 10yrs is HK Chinese – our kid is a British citizen, born in
HK – but my wife has to live in UK for 3yrs first.

What happens if I get killed by a bus tomorrow?

I know what some might say – howcome it’s ‘fair’ for your wife to get a
passport, and not the wife Bangladeshi/Filipina/Russian wife of a taxi
driver………….actually, there is only one answer, and it is not really
palatable – especially to a libertarian – but how else can the British
nation (and treasury) protect itself from exploitation.

I was married to a Swiss girl. In the UK they wouldn’t give her a
passport until she lived in the UK for a least 2 years (she didn’t want
to – and immigration was always a nightmare for her).
As far as the
Swiss were concerned I had to have an ‘Auslanderausweis’ for five years
– this stated ‘belongs to his wife’ in the reasons section. A second
class citizen for sure.

Britain can be an arse in such matters, but it is not alone.