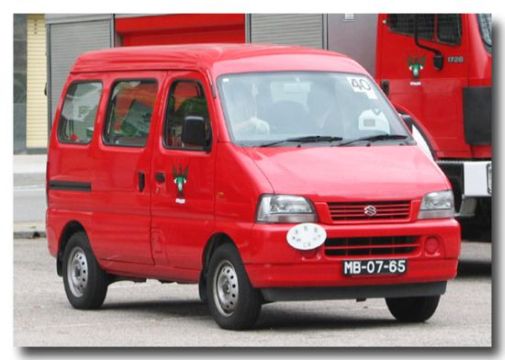 We might be a UK based blog (with the landlady based in France) but I thought you might be interested in hearing the results of the Australian elections in Queensland.

Whats that? You didn’t know it was going on. You mean all that coverage on the BBC news and all the other channels about the elections in other parts of the world didn’t mention a dicky bird about Australia? I would have thought with the amount of coverage about the US elections that a little bit about what’s happening in another ex colony of the UK would also be covered.

Well the results are very interesting. So interesting that they haven’t happened previously for 62 years. The closest Labor came to similar levels was in 1974 when they had only 11 seats.

What has happened is that Labor (yes, they spell it that way down under) have lost by a big margin. As has been mentioned elsewhere, Labor have a enough seats to fill a mini-van like the one above. With some recounts still being carried out there is a chance that Labor in Queensland will disappear. They need at least 8 MPs to be an official political party.

If our Labour had had the same kind of results we would have only about 50 of their MPs rather than the 258 we currently have.

Now it is only in Queensland, but bear in mind that Oz only has 7 states. So it’s only a local election, but it is an election in what is probably the economic powerhouse of Australia. Queensland also has a quarter of the population of the whole country.

What seems to have happened in Queensland is that the electorate has seen through the lies of the politicians and turfed them out.

Anna Bligh, the premier of Queensland said in 2008 that she would not abolish the petrol subsidy, then just three months after the 2009 election toally scrapped the subidy. Her popularity poll then dropped to an all time low of 33%. The voters have now made their voices heard.

Julia Gillard, the Labor Premier, famously said that there would be no carbon tax in her time, then months later changed her mind.  So she broke her pre-election promise. Will her party get the same result at the next national election in 2013?

The only problem is that all politicians are basically the same. So one party has been kicked out, but the same kind of people with a different colour badge and name (Liberal National Party) have been voted in. The LNP will now effectively have no opposition taking 74 seats of the 89 available.

So after all that when do you expect to hear about the Queensland elections in the MSM? It might be some time because they won’t want to publish bad results for a left wing party. Maybe it’s because it’s only a local election, for a quarter of the country though.

I have no idea, but I tell you what, they have lots of brainwashed ignorant
morons on this blog. LOL

“Washington DC controls our nuclear deterrent and always has.”

Err, how exactly? We control the communications chain and the rockets. We
make the bombs. There are no US-style, never mind US-control, “permissive
action links”.

“Here, too, you compound that ignorance in classic moronic style because
Magna Charta and the Bill of Rights are NOT statutes – they are our
constitutional LAW that cannot be changed without the People’s direct say
so.”

BTW – have you ever heard of Charles A Weisman. Racist inventor of your
deluded creed?

I wonder if they have tinfoil hats in Australia?

You do not have the ability to discern what is right.

You’ll find this link even funnier.

Amazingly, for once, you are right.

Rip-snorting. Like a dictionary thrown in to the air and words extracted
with no condescension for potential meaning in the sentences thus
derived.

Reminds me of this: http://online.physics.uiuc.edu/courses/phys419/spring11/lectures/Sokal-transgressing-boundaries%5B1%5D.pdf

Although there was a point to Sokal’s hoax – it was to show up the
gullibility of people who grasped enthusiastically at something that fitted
in with their prejudices, regardless of whether it was overt and errant
nonsense. Like, frankly, “fools on the loose” websites.

You have obviously not studied those sites and for obvious reasons – you’re
a stranger to the Truth. Which means your comment has the value of an empty
baked bean can.

You do realise you’re kind of funny … ?

Can we have him washed and recycled, please?

The Truth cannot be recycled, only useless rubbish i.e. delusional
lies can be recycled.

Ah censorship – I wondered when that would start. What are you frightened
of Anna? The Truth perhaps?

Not censorship Charles, but the spam filter seems to think you are spam –
can’t think why, can you?
Nor frightened of the truth either – but
boredom, now that is another matter….mind you don’t fall foul of my boredom
factor.

From somebody who includes links to various “Fools on the Loose”
sites?

You wouldn’t know the truth if it wore motley, leapt out at you from a
darkened alley and hit you repeatedly with a black pudding.

“The ultimate ignorance is the rejection of something you know nothing
about and refuse to investigate.”

I’ve investigated fools before. Their insane belief that there is
some historic “common law” that over-rides statute is barking, their
belief that various statutes (Magna Carta, the Bill of Right) are common
law is ludicrous and their belief that Magna Carta ever applied in the
US and Scotland is certifiable.

Quoting some USian motivational speaker doesn’t make a magically
successful argument. See, I can do it too:

“I pity the fool.” BA Baracus.

I would note that, to date:

* I haven’t had to take an oath of allegiance to the EU,
* various
idiots still know nothing about the British independent nuclear
deterrent,
* my postal address doesn’t have an EU region code,
and
* people who try to “Get out of debt free” end up losing
everything.

There is only one fool here and he carries a handle with evil in
it: QED as they say in Satan’s language.

Plus the statement “I have investigated fools before” tells me you
have made up your mind before investigation which validates Dr Dyer’s
statement in your case. As blind and ignorant as the day is long.

Here, too, you compound that ignorance in classic moronic style
because Magna Charta and the Bill of Rights are NOT statutes – they
are our constitutional LAW that cannot be changed without the People’s
direct say so. Corrupt mickey mouse parliaments or monarchs alone
cannot change them.

Statutes need the consent of the governed in order to be binding.

All statutes passed since 1911 are void due to the treason of
Asquith and Churchill when they removed the Royal Assent Prerogative
from the Monarchy.

Washington DC controls our nuclear deterrent and always has.

No apologies for disturbing your slumber.

In my pedant role:
6 states (never forget Tasmania!) and 2 Territories
(never forget ACT!) and lots of other islands.

To complete an earlier comment:
“For we are the people of England, that
never have spoken yet”.
To all politicians:
Be afraid. Be very
afraid.

They are speaking now, but too many are not listening, they’re too busy
watching football, soaps, Xfactor (mindless crap) and looking at holiday
brochures.

Good for the Aussies, presumably the other parties there are represented by
honourable honest decent humble truthful steadfast trustworthy types then.

Bloody long search for any of those in the liblabcon party here, or its
propaganda wing the bbc.

Thank the good Lord i’m not getting any younger, couldn’t stand another 30
years listening to bloody lying politicians…and the silly buggers who believe
their crap and the bollox the media spout in support of them make me want to
scream.

I think it was Billy Connelly who said “don’t vote for politicians,it only
encourages them”.

“In my many years I have come to a conclusion that one useless man is a
shame, two is a law firm, and three or more, is Congress (Parliament).”

This will not be reported as it is contrary to the BBC spreading of
disaffection Act 1975.

We independent minded bloggers need to show people there is a lesson to be
learned from this:

“It may be we are meant to mark with our riot and our rest
God’s
scorn for all men governing. It may be beer is best.
But we are the secret
people; and we have not spoken yet.
Smile at us, pay us, pass us. But do
not quite forget.”

(slightly misquoted from The Secret People by G. K.
Chesterton)

Vote UKIP or Independent, anyone but the three main parties.

Couldn’t agree more! The time for tribal politics is over.

You’re wasting your time voting for anyone unless they are
independent.

All five parties are controlled from above by the hidden hand.

Blooming heck, all the way to OZ to do your Labour slagging. What’s wrong,
nothing happening in this neck of the woods?

But no mention on BBC or The Observer (Guardian) websites.

But if the Mr. Tozer of The Graham Mitchell Debacle is actually living in
Australia, I don’t think he’s got much to worry about re. Extradition to
Portugal. Especially not after Jacinta Rees committed Suicide in Portugal by
hitting herself over the head Four Times with an Axe not so very long ago.

Why report on liars of the world when we have our own? “There will be no
top down reorganisation of the NHS”…

But that is exactly the thing needed – a removal of the top 60% of
managers in the NHS who appear to be feather bedding.

That may well be true.. but it doesn’t, in any way, counter the point
that was being made. If D-Cam & Co wanted to fundamentally restructure
the NHS then they shouldn’t have said they weren’t going to.

So we got rid of one rabble of liars and replaced them with another
rabble of liars.. and, one expects, the people of Queensland Australia
have just done the same.

They have compulsory voting in Oz, don’t they? So everyone has got to
vote for someone. I wonder if I could go there, legally change my name to
‘I am not a lying cunt like the rest of the people on this ballot’ and run
for office. I think I’d do quite well.

You most probably would. Not only is there compulsory voting but they
have a form of proportional representation as well.

I do agree that ALL politicians are not fit for purpose and should be
tared and feathered along with all the top civil servants – just as
encouragement for the others.

But what they DON’T have is an electorate who have to show any
comprehension before they vote.

“Obviously” this is the wrong sort of democracy – ‘the tyranny of the
majority’ yet again depriving some people of their human-right to be governed
by the party they wanted to win.

Perhaps the Labor supporters will humbly petition Her Majesty to impose
‘Direct Rule’ by her High Commissioner until this can all be sorted out?

So it’s an electoral earthquake on the same scale as happened in the late
eighties, but in the opposite direction, after Sir Joh Bjelke-Petersen
resigned and Bjelkemandering or malapportionment of constituencies to favour
the Country Party ended. Sir Joh had been prime minister for a record nineteen
years.

Nope, nothing
on the BBC yet. I’m sure they’ll get around to it though. After all, it’s
only been 24 hours.