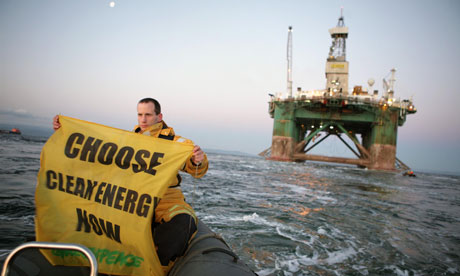 No need for a revolution, determined inactivity is all that is required. Though a mass gathering of a few hundred thousand citizens stamping their feet and cheering would help enormously if you are minded to. We can manage that, surely?

HM House of Commons is slipping its moorings and sliding off down the Thames, complete with it’s crew of overfed, claret soaked, lying, cheating, duplicitous, manipulative, profligate MPs. Who could ask for more!

If we do nothing, come the end of the week, they will be on their beam ends somewhere around the Dogger Bank, sending out SOSs to the remains of Radio Caroline, and preaching their nonsense from rubber ducks…

To add to my unbridled joy, it seems the ‘boilers are about to blow’; visions of Dianne Abbot’s backside floating above the barrage balloon in the Thames Estuary float before my eyes.

Do nothing folks, but post guards, shoot the first man to throw them a lifebelt, ensure both chambers are full, and let them sink into the mud.

Give them a billion quid to save themselves? You must be joking!

I wasn’t that impressed when the Belgrano went down – but HM House of Commons with Cap’n Bercow at the helm? That is the stuff of midwinter dreams!

A lot of diversionary non-stories starting in Westminster lately?
Please
excuse my cynicism.

Perhaps something useful could be made of the building. I am reminded of
the Crimson Permanent Assurance co.

Haul up the anchor, its fun to charter an accountant.

Sealing the upper stories should save the building – there’s plenty of hot
air inside to provide lift.

Excavating for an underground car-park couldn’t possibly have anything to
do with it, could it?

No, it would have been surveyed by civil engineers first to make sure
there was no subsidence risk. And anyway, the contractors would have
insurance to cover any negligence on their part, so there should be no cost
to taxpayers.

If they haven’t gone bust already.

Diane Abbot’s enormous aviordupois has obviously had catastrophic effects
on the foundations of the House of Commons!!

Coupled with the fatheaded comments she has come out with over the years,
she, in common with the majority of politicians have done very little either
for the dignity of the House or politics in general. I noticed that she
‘ducked out’ of being grilled at Gas Mark 8 by Andrew Neil on This Week.
Shame. I waited up for that.

There may be more support for raising the foundations since the first
proposal, four Centuries ago.

I thought that proposal was more about lowering the roofline and walls,
and rearranging the internal fixtures and fittings.

Let us not confuse consequences with proposals, Engineer.

“…boilers dating from before the Second World War..”

I didn’t think Harriet Harman was that old.

Don’t all rush to leave now. Form an orderly queue, please. New Guinea and
Columbia can be quite nice at this time of year. And it’s much too cold here,
especially if you don’t get The Winter Fuel Allowance, like wot I don’t.

You do realise that with the unfettered immigration the UK will probably
sink as well. Sheer weight of people ( and so many obese too)

The building deserves saving. the people in it don’t, but we can’t let that
guide us!