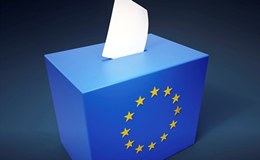 After parliamentary elections which havenât really changed anything despite the defeat of Croatian Democratic Union (HDZ), the time has come for us to decide whether we would like to be a part of (Dis)United Europe.

The breaking news is that the referendum on our joining the EU wonât be postponed as previously told! Although there were some announcements from Croatiaâs future Minister of Foreign Affairs Vesna PusiÄ, the President of the State confirmed earlier today that there wonât be any delays. The referendum will be held on 22 January 2012. Oh happy dayâ¦

So, here we are, 33 days before that historical decision-making day and still without any real political debate on this matter. Itâs funny how this proud nation, after all itâs been through, puts up with being treated like a flock of sheep. Whatâs even more funny or tragic, depending on how you look at it, is that even those 33 days canât be used properly for a debate or a fair campaign because of the Christmas holidays and New Yearâs Eve that follow. Itâs obvious that there wil be almost no debate and the campaign will be reduced to political leadersâ messages for their voters to vote not by their conscience, but by the political establishmentâs suggestion. Pro and contra arguments wonât even be presented to the public, even though Croatian citizens know so little about the Union that it seems to be so distant and unreal as if itâs some sort of Wonderland and our country is the poor little Alice.

The European Union has given our politicians a great pile of money to persuade Croatian citizens to vote âYesâ on the referendum. Video spots that have been made for the official pro-EU campaign in Croatia clearly show what our political elite think of us. Those spots âprofessionally explainâ that weâll still be Croats when we join the EU, weâll continue to speak Croatian language and that no one is going to colonize our land. Crucial infoâ¦ for a medieval society without any national consciousness maybe. For a European nation in the 21st century that sort of information is hilarious. While being brainwashed with this bull, many still donât have even the slightest clue what really awaits us if we join, so I expect the adaptation time will be pretty long and painful. If we add a never ending economic crisis to this charade, itâs obvious that some Chinese guy must have cursed us to live in such âinteresting timesâ.

This lack of proper political debate in Croatia has made Nigel Farage a sort of Euroscepticsâ hero despite our nationâs resistance to the British foreign policy for almost a century. Maybe his nationality really is an obstacle for his corageous messages (especially if we consider some sort of Balkan integrations to be an alternative to the EU accession), knowing that Balkan integrations have always been cooked in the British foreign policy kitchen. For a Croat, everything is better than Balkan integrations, even the 9th circle of Danteâs Inferno is a lesser evil. Hell, Iâd rather find myself in the 10th circle thatâs been opened especially for us than to be part of such project once again. British policy on Balkans has always been integrative, putting Serbia in a privileged position over Croatia, so itâs not unusual that there are doubts as to Nigelâs good intentions. Nevertheless, over the last few months heâs been telling things that just couldnât be heard in our public, so one should really be thankful for his words.

Well then, in 33 days all hell will break loose. Wish us luck.

Damn, another similarity between us

It appears that Croatians will be as stupid as the Irish â they fought the
British and spilt much blood for their independenceâ¦â¦â¦â¦â¦â¦and then capitulated
all under the âguidanceâ of corrupt socialist politicians.

Doesnât
matter really cause, as I foretold, nothing has changed in the meantime.