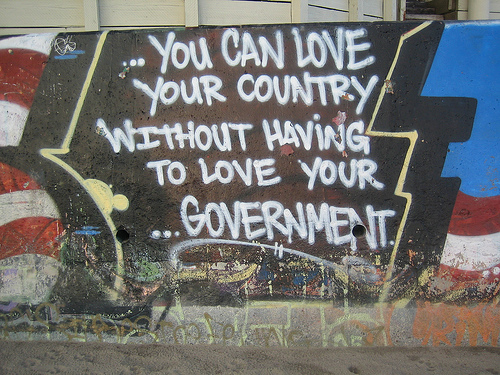 The National Centre for Social Research today released the latest British Social Attitudes report, its annual study of how people’s lives are changing and their views on how Britain is run.

One of the main findings was that:

‘Despite widespread concern about economic disparity, the public do not appear to believe that government redistribution is the way forward. Furthermore, there is an increasing belief in the importance of individual responsibility.’

This has been interpreted by the BBC as ‘Britons less willing to pay for taxes to help others’ – commentator after commentator this morning, on the BBC, and Sky incidentally, has interpreted this as meaning that people are less caring, that it represents a ‘lurch to hard core Thatcherite’ policies, that only the left can care about the poor.

It doesn’t of course; it shows that people realise that government redistribution is not the only way to help the poor; but that statement doesn’t fit the agenda. It shows that people want to take more responsibility for their lives – and that includes making the choice of whether to help others. In no way does it imply that they won’t help others; merely that they don’t want to be forced to do so by an inefficient government process.

The British public is increasingly at ease with the idea of higher earners buying private health care. While 38 per cent thought this “wrong” in 1999, the figure has dropped to 24 per cent in the latest survey.

“Britons are less willing than ever to pay higher taxes to support the National Health Service” says the BBC.

Although people see child poverty as an issue that government must tackle, 63 per cent believe that parents who “don’t want to work” are a reason why some children live in poverty.

It is worth reading the original report (and not taking your summary of it from the media!). It shows that increasing numbers of the British public have finally figured out that self reliance – which does not equal selfishness – is the answer to their problems. That they are no longer prepared to willingly hand their money to an ideology that says no one is responsible for their actions – (except evil bankers, right wing commentators, and the BNP).

I found it a refreshing read – not that our Government will take any notice of it; Libertarianism is anathema to them. Only defence policy, policing and the legal system for them to play with, so many redundancies amongst Ministers, so many opportunities lost for expenses. They will ignore it.

The liberal media will use it as an excuse to manipulate the image of the cold and heartless public we are without a left wing government to forcibly move money around. The conservative media may shift themselves and use parts of it to prove how ‘aware’ we are that some of the poor are feckless.

A few of us will read it and quietly rejoice that the great British public aren’t as stupid as Politicians like to believe.

We may get the ‘Dorking Uprising’ here yet.

Odd juxtaposition of statements in the article, which seemed to me to imply
that the two were linked. What do you think?

‘The BBC’s Home Editor Mark Easton said it was a move towards “more
emphasis on individual responsibility”.

I think the trouble with paying more taxes to help the worse-off is when
you see how much more we’re paying, and how little of that extra has made it
to the people we’d like to help and how much has been squandered.

Phew! I decided to read the questionaire and whilst I admit to skimming
quite a bit my overall impression was that it was targeted market research.

A quick call to the press office revealed that the report was based on the
views of 3297 participants, from England, Scotland and Wales; Northern Ireland
wasn’t included.

To me this seems a very small group, upon which to base a report for
British social attitudes.

Rather like an opinion poll on people’s voting intentions, although
apparently every time one of them is released, it’s the be all and end all
of the next election.

“Higher earners buying private healthcare”. It’s always entertaining when
people show up their unconscious biases like this. My health insurance cost
something like £100 a month and it saved my life. Pretty cheap at the price,
I’d have to say.

I am very grateful that the web now permits me to read original published
reports, sayings and opinions rather than rely on a press and broadcast media
with a political agenda to “interpret” what has been said for me.

Of special note are reports and media interpretations thereof on climate
change.

P.S. I have a lot of friends in Dorking. I will be encouraging the to
uprise!

“It shows that increasing numbers of the British public have finally
figured out that self reliance – which does not equal selfishness – is the
answer to their problems. That they are no longer prepared to willingly hand
their money to an ideology that says no one is responsible for their actions
…”

Except, of course, we have no choice but to hand them our money, do we?

Anna, are you related to Al Murray (the pub landlord). Just asking. For a
friend.

I live in France my darling. If Al Murray had a relative living in
France, he’d have slit his throat long ago…..