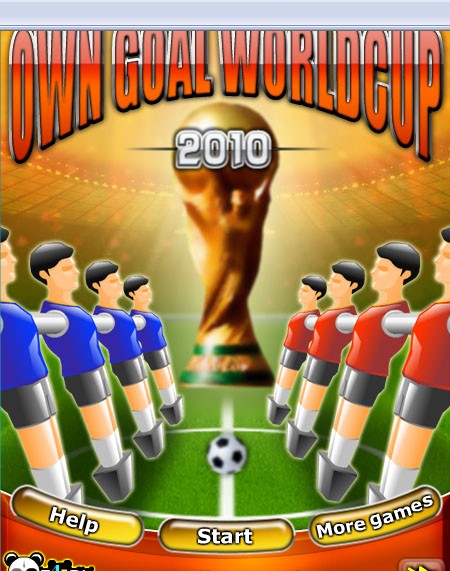 Can we have another public sector strike soon? Next week maybe?

Travellers at Heathrow airport were delighted, racing through passport control manned by ‘scabs’ who only took two days to be trained to perform this arduous task.

Receipts at shopping centres up by 15%, just the boost the economy needed.

Increased fuel revenue for the Government –all those coaches paid for by the Unions moving their ‘supporters’ down to London for the day.

A welcome reminder for the rest of the population that wimmin are better paid in the public sector than without – we’ll remember that next time Harriet whinges about coalition policies impacting on women more than men – not all women!

Another welcome reminder for the rest of the population that far from our fondly remembered image of civil servants and school teachers being disciplined, educated, articulate individuals in pin stripes and bowlers, they are actually a foul mouthed ranting mob.

We didn’t have to pay any of the useless trollops for yesterday.

I’d call it a resounding success and welcome many more of them.

Your suggestions for more bright spots in yesterday spectacular own goal by the Unions?

I can’t say I really noticed a thing, I’m not entirely sure which day they
took off?

Let’s envisage a scenario, everyone works for the public sector on a final
salary scheme. They work for 40 years, the average wage is £25K, the final
salary is typically £50K. You do not work for 60 years of your life
(school/retirement).

I would imagine that the average worker would need to pay well over 80% of
their salary as tax to support such a scheme. So the average take home pay for
a worker would be uh.. £5K? Which will just about cover food and shelter?

The Strike had absolutely no effect on The Black Economy, I am pleased to
report.

For my part, I was unable to contact a bloke from the council I needed to
speak to yesterday.

Which stood in stark contrast to my inability to contact him the day
before, or today.

Looks like the person covering for him did an excellent job…

Thank you, M, for demonstrating that all points of view – within reason –
are welcome at the Raccoon Arms.

The dispute in question is oft represented as bi-polar, the forces of right
ranged on one side, the Devil and his hordes on the other.  In fact it’s
multi-faceted.

I don’t want to rehearse all the many arguments but there is something
that, although implied by the union side, is never (as far as I can see)
actually expressed by any-one :  these public servants, at all
levels and of what ever quality, were taken on under certain terms that
included the characteristics – contributions and entitlements – of their
occupational pensions ;  these pensions are now, largely for reasons
touched upon in my earlier comment, beyond our means.

Nevertheless those were the terms agreed between us, the tax-payers, and
them, the employees.  Whilst we might be forced by economic circumstances
to modify those terms in respect of their future employment, ought we not to
honour our agreement – to some degree – in respect of service already
undertaken ?

Sorry Anna, not impressed by the general tone of this particular blog.

The lowest are footing the bill for the global recession – yes they really
are, by the analysis of various bodies. The rich are, by virtue of their bank
balances, insulated from paying the economic price of a lot of poor decisions
and ignorance about the maths behind their miracle deals. So – the poorer paid
will pay, as they always do. And this strike will make very little difference
to that truism. And they know it. My impulse isn’t to laugh and mock and call
them names – it’s actually to feel sorry for them. I have no time for the
posturings of the Bob Crows of this world – but not everyone in the public
sector is a Bob Crow.
This was a crude caricature of a blog and I just
don’t agree with it’s spirit and take issue with its interpretations of
yesterdays events. Sorry if that’s a bit po-faced but, heh, you said you
didn’t mind people disagreeing.

I’ll limit my thoughts to teachers, with a general point about the public
sector.

Trying to be even-handed, ‘cos people are claiming ‘ideology’ in the blog
(disgraceful), they varied.
Some were genuinely enthusiastic about their
areas of knowledge which made them effective
in inspiring their audience,
belated thanks to ‘Rasputin’ (physics) and several others, if they’re still
around.
However, some weren’t happy in their work, and it showed, they were
jaded and cynical and would have
done themselves and their charges a good
turn if they’d switched to another profession.

The general point is that I’ve seen the same thing in all my dealings with
the public sector, to put it bluntly
there’s no quality control, the
rubbish thrives along with the good ones. I accept the point that you can find
examples
of ‘passengers’ employed in large private companies but the
impression is that it’s not on such a huge scale.

You ‘….reduced the number of apostrophe’s…’ what?

(Sorry if I missed an irony)

It was irony, although the errant apostrophe does often strike
here…

I got straight into Parliament yesterday – I’m normally waiting a while.
Also the police were much friendlier than the staff they were replacing inside
for searching/admission.

I absolutely agree; let the Unions pay for their own propaganda.

Now we need some “Pilgrims” progress – stop the estimated £110 million
annually absorbed by Unions in wages for their nefarious activities during
working hours.

At a Union meeting, there was talk of strike action. His only comment,
which won him few friends, was:

“How the hell will anybody bloody well know?”

So a 4-day Public Service week will be fine then.

It may have highlighted the differences that exist in pension provision for
different people.

Perhaps we need a debate about how people can earn decent pensions whatever
sector they work in, without being robbed blind by governments, insurance
companies or anybody else. Also, how do we look after those who quite
genuinely can’t earn their own pensions, for whatever reason.

Why do we have this mess of public sector index-linked, final salary
pensions, company pension schemes (some good, some indifferent), private
pensions (some very costly with somewhat paltry benefits) and no pension at
all? Where’s the fairness in all this?

One of the many strange aspects of the current economic model is that
because, on the one paw, the World economy is collapsing owing to lack of
confidence and governments must rein in expenditure to reflect falling tax
receipts, on the other paw the contraction of the productive side of the
economy — the private sector — means that, by reductio, the only jobs
left eventually will be those not excised from the public sector.

Till about eight years ago the World economy had thrived on a bed of
sovereign debt.  Certainly it would have been better for all had that
debt not existed but, as long as it retained a reasonable proportion to
economic output, it was manageable.

Then, suddenly, a new fad :  no-one could owe any-one anything
any more.  As with all fashion, it enthralled the gormless — which, let’s
face it, includes the body politic.  The world of art has Brian
Sewell ;  unfortunately there’s no equivalent in the field of
economics to stand up and call this new idea what it is :
rubbish.

Here in deepest, darkest West Sussex, a day like any other.
In my
experience, keeping an organisation running when the help want a day off just
prompts the questions ‘why do we do it that way?’, and ‘why don’t we….?’
At
least it does in the private sector.

Very little traffic on the roads, so the private sector could go about
creating wealth more easily.

Someone Tweeted that they weren’t impeded on the Tube and rail by bikes,
thus proving it’s the public sector that has the highest bike-to-dickhead
ratio…