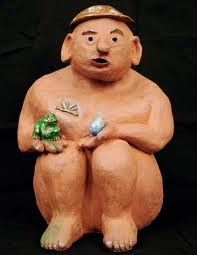 I heard news of my (thankfully, very thankfully) ex-brother in law this afternoon. The youngest of the clan.

He was 19 when I first knew him. 4 years younger than me. A gilded youth with long flowing blonde locks, and an arrogant stride. You might have thought he was an aspiring rock star if you met him in the street.

He had never held a job; apparently this was because he had had the ‘misfortune’ to grow up in Liverpool, where it was ‘impossible’ to get a job. Others managed, but not he.

Now he had arrived in London to join his elder brothers in the family enterprise. They had established a thriving business in South London, just this side of legal. They were Scousers after all.

He was the youngest of the family, by some ten years. An afterthought, as they say oop North. The ‘baby’ brother, who had to be ‘looked after’.

This took the form of not minding when he didn’t get into work until 11.30 or so. After all, hadn’t they all been out drinking the night before? Somehow others managed to stagger in with a hangover, but not Wee Willie. He would make a coffee or two, lean on a broom for support, and not come to life until the doors shut at midday and we all went off to the local cafe for lunch. There was a tab kept in the cafe, so no need for Willie to put his hand in his pocket. The ‘brothers Grimm’ took care of that at the end of the week.

He might borrow his brother’s car in the afternoon, go and collect spares, or some similar light employment, but he was never in the ‘thick of it’. He was always the first to go back to the house.

Took great pride in his appearance did Wee Willie. Had to have the first bath, always wore fresh clothes every day. I soon learned that there was no point in me refusing to wait on his laundry requirements hand and foot – he merely borrowed one of his brother’s best shirt and jeans if I refused to mother him. Nobody but me seemed to mind.

He would arrive back in the cafe for his evening meal long before his brothers. On their tab of course. Since he had finished eating, he might as well wait for them in the pub, natch? The pub ran a tab as well. It is a Liverpool tradition that the first round is written down on a beer mat, and merely repeated each time ‘someone’ had finished their drink. Guess who always finished first? You settle up at the end of the evening. Or at least, the Brothers Grimm did. Wee Willie never seemed to have any money left from his ‘wages’.

He managed about eighteen months of this existence. His very first job. Then he was done for drinking and driving – for the second time. Three months in Wormwood Scrubs beckoned. His long locks were cut off, and he wept. A meeting was arranged with the prison psychiatrist. There he explained that he had never had a proper job because of his long hair. He had the long hair because his ears stuck out. (I kid you not).

He was (and I’m still spitting tacks 40 years later!) transferred to the local hospital, during his jail spell, where plastic surgery was performed on his precious little ears. I would cheerfully have pinned them back for him, but the NHS did it instead.

When he was released, he was in a huff with his brothers; they should have got him a better solicitor apparently, all their fault that he had landed up in jail. He stalked off to live with one of his many girlfriends. She had a good job and a flat. He had his unemployment benefit. He never did work again. Never.

After a few years, a few more girlfriends supporting him, a few more years on the dole, he acquired his own council flat. A job ‘on the black’ as a part time potman in return for free beer, and incredibly, Disability Living Allowance, since he was now officially an alcoholic. Latterly, this has been a the rate of £120 a week. 40 years worth.

He is now 58. Never had a proper job – and just been captured by the Independent Tribunals which are deciding who can work and who cannot.

They, I am utterly delighted to say, have decided that being an alcoholic is no bar to employment in his case, and cut his allowance down to £68 a week. He is so frightened that they might find him a job that he has fled back to Liverpool, where he is quite sure that no employment can be found for a 58 year old, fat as a Tick, bone idle, Scouse, even with his ears pinned back.

He has moved in with his single older, older, brother, (he’s no longer so attractive to the ladies – God knows how many kids he’s fathered over the years) got his name on the rent book, and will, average life spans being what they are, shortly inherit a three bedroomed council house in Liverpool. There he will wait out the 7 years until he gets his pension – one of the advantages of having never had a job is that he has a full record of credited contributions and will get a full pension; and housing benefit; and heating allowance, and all the other things that a compassionate populace pay for our elderly impoverished pensioners.

At least the nation is £50 a week better off as a result of one of these ‘totally unfair’ tribunals. Nothing else has ever impeded his progress through life as a Slice of Pond Life.

He actually thought I might ‘help him out’ for old times sake – on account of ‘it’s awright for you, you’ve always been so lucky’.

Yep, that’s the difference Wee Willie, luck, bucket loads of it. In fact I’m the luckiest person I know.

How many ‘Wee Willie’s’ are out there, do you think? Solution?

Just read your latest article and working backwards.
Surely the answer
to scousers like this is the aptly named “Liverpool Pathway”?

His idle parasitism was at least transparent. There are millions of
unproductive people living on the consolidated fund doing pointless jobs, paid
for out of the national debt.
“I would shoot them, execute them in front of
their families” as someone memorably said this week.
Or better still,
unless they accept reductions in wages and benefits and increased
contributions to their pensions, all their names would go into a hat and every
evening one would be pulled out for execution next morning – nothing personal,
it could be anybody from the chief executive to the cleaner – until they do
accept that we can’t carry on feeding the bloated tick that is sucking us
dry.
As that Chinaman said a week or two ago when the EU was trying to tap
him for bailout money, you have ruined yourselves with welfarism. Your
brother-in-law is just the ugly visible tip of an enormous iceberg.
Is the
socialism that we have embraced since the war a symptom or a cause?
If the
former we really are doomed, if the latter there might be some hope. I can’t
(or don’t want to) believe this is the end of fifteen hundred years of
Christendom.

This situation will not change, indeed Britain’s social and economic
structures goes a long way towards encouraging the mentality that produces
such people. The individual in this tale, presumed real, can be assured of a
vociferous defence from the intellectual classes whose bankrupt philosophies
led to the conditions that has infantalised many adults. Until Britain
recognises this en masse it will go on, perhaps even getting worse. Perhaps
the coming economic collapse will alter these ‘caring’ opinions. Nothing like
a bit of real poverty to shift self satisfied minds!

There are lots of people paid by the State to be idle. And there are many
jobs which are filled presently only by overseas labour – many are menial
tasks, requiring little training or effort. So why cannot benefits be
conditional on performing some of these tasks – nothing too onerous, say 10
hours per week sweeping, changing the elderly’s nappies, etc.? Come on IDS,
it’s time to bring these threads together!

Aren’t you being a bit hard on him? It’s his lifestyle choice. Cut him some
slack.

If he wants that lifestyle he can fund it, not me.

As for a solution I’m torn between a final one and a one of a fairly high
ph. At least he may be of some use rendered down as soap.

I love coming here to laugh at the indignant.

Didn’t Jeremy Clarkson give the right solution the other night, take them
out and shoot them.

I would put them all in a big hamster cage and use them to generate
electricity. Green electricity!
No, better still, have them on the outside
of a big hamster cage, that’s rotating over a pond full of crocodiles. They
have to keep running up the wheel to avoid becoming crocodile food. The faster
they run, the brighter the lights get.
If they fail, ah well, go and get
another one. There’s plenty where he came from.

Do we know enough about the effect on crocodiles of a high fat diet,
though?

Chemical castration is the only way forward….well, that or no
benefits!

This, I fear, is a story repeated all throughout the land. So, he’s 58 now
and has never done a hand’s turn of work in his life. He probably votes Labour
(if he bothers to vote at all) and you are, as a family, well rid…

But the rest of us are stuck with him.

This wouldn’t be one of the same team who have experience of flooding gas
meters, would it?

It’s too late to do anything about him. No employer would want a 58 year
old with no previous experience, anyway – even in boom times, which these
aren’t. Best just give him the minimum required to keep him out of serious
crime. Pity the lazy plonker that he’ll never know the satisfaction of having
achieved something – anything.

The main lesson is not to allow youngsters to get into that spiral. If that
means tough love – say two years bennies tops, then you’re on your own – so be
it.

“– say two years bennies tops, then you’re on your own ”

I have to disagree, Engineer. I have trouble with the “…then…”

They should earn the right to some benefits, before being given
those benefits.

Without my glasses, I thought you’d suggested the gym. Quick donning of
specks and I realise I was wrong.

How many? Millions, because there are no consequences to being a
parasite.
Solution? Well, a tactical nuclear strike has a certain appeal,
but if you are going to go all namby-pamby on me : ) Then cut off benefits for
ALL after a certain period of time, lets say 18 months on, then 6 months on
your own before you can claim. Lifetime total on the social say 5 years, then
tough.
Disability only an option for medically demonstrable serious
afflictions, no more ‘bad backs’ but fathered 10 kids.

That is precisely what is wrong. This is the first time in 58 years
anybody has refused him whatever he wants.

The harder I work, the luckier I get

Yup, me too. Amazing isn’t it?

Admit it Anna. You are only being so nice to him in the article because you
hope he’ll send you a fancy Christmas present.

They are indeed all over.

The solution is obviously not to pay people for being useless, because
(economics lesson no.1) that way you end up with more useless people.

He sounds like a right parasite. Unfortunately they are all over, not just
in Liverpool.

“go and collect spares”, I wonder what that might mean. The other question
is just how many are there like that around and occupying “social
housing”?