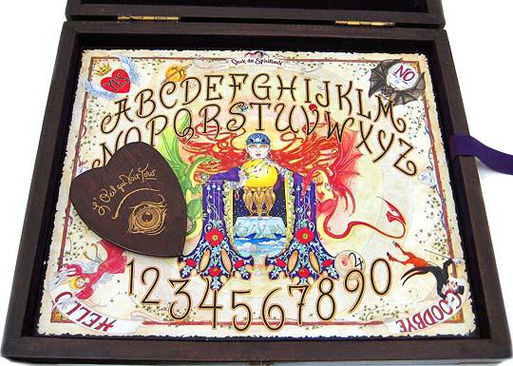 The meeja love superlatives â watch them climb aboard the latest nonsensical press release from Stuart Hughes, see them gather like bluebottles round @occupylsx â10,000 protestorsâ (only you can see them, Jeff) â I can only assume that they are sated with tales of Weegie graft.

Up from the Weegie sewers rises the ghost of scandals past bearing imminent news of the largest EVER public sector golden handshake, not just in that den of iniquity, but in the entire UK, but the media shrug and move onto hand wringing tales of those who have a job kept open for them but may be asked to take a second opinion as to whether they really are so sick that their employers need to keep paying them for doing absolutely nothing â perhaps they could count the rubber bands in the stationary cupboard? Outrage! They illustrate these stories with pictures of employees so utterly devastated by a stroke that only a madman could possibly conclude that they would be in danger of losing their sick pay and asked to stand in front of six foot teenagers and teach them geometry.

I digress as usual, back to Weegie land; Willie Docherty who, despite being a close friend of Steven Purcell and various other edifying characters from the netherlands of Glasgow, is absolutely not involved in drugs, graft, or any form of gun running, in fact is a tip top, perfect for the job, fine upstanding business man, who somehow found himself the top runner for the newly formed job of chief executive of City Building Glasgow, is set to take early retirement next year. As you do.

The good people of Glasgow, cash strapped and deprived as they are, in a manner that would put many a âpoverty pleaâ tv ad to shame, have , sorry, have selflessly had their pocket dipped, in order to send Mr Docherty on his way with a staggering Â£615,000 â Â£465,000 of which will be tax free!

And still only 55 years old â plenty of time to take up some more lucrative chief executive rolesâ¦..in fact so young that his tender years are attracting attention in another way. Mr Docherty âis rumouredâ to be in line to receive an additional 40 year service bonus from the ever grateful Glasgow council; if true, he must have been one of their youngest ever employees â all of 15 years old? A remarkable man.

Glasgow council is faced with Â£122 million pounds worth of cuts to make to its services to the elderly, the infirm, the vulnerable, the needy, the deserving, at a time when it maintains a Â£120 million âearly retirement fundâ for the benefit of Mr Docherty and his Old Labour cronies (just one step ahead of local elections next year!) â financed by borrowing against Glasgowâs property stocks.

Just think â Glasgow could have been in a position to merely cut Â£2 million next year, what a bonus that would have been to a deprived city! The BBC is happy to portray the âdevastating effectsâ of all these âcutsâ, why not some of the reasons which lie behind them?

Why is no one mentioning any of this? Not the BBC, not the main stream media, zilch? Could it be the effect of that well known supporter of Old Labour Glaswegian politicians, Tom Watson MP, currently scaring the media by threatening to extend his witch hunt of investigative journalism? Where did Tom Watson acquire his knowledge of the modus operandi of mafia bosses?

Perhaps theyâve just got bored with tales of the odd squandered tax payers half million here and there; even the highest ever public sector payout; I havenât.

Bit off-topic, in fact a double-crime of luring people on to other blogs,
but it âmade oi larfâ.
I clicked on the wrong âfavouritesâ and saw what I
thought was an Anna topic.
Reading it I thought âstrewth, Annaâs pulling no
punches in the blogâ. It was actually
the Ranting Penguin blog.
To
mitigate the offences Iâll say âread it briefly then come back âereâ

Glasgow? After a few jibes from me a colleague (actually from Edinburgh)
related the story of when the Romans tried to conquer Caledonia. Their largest
army disappeared
without trace. He said (with relish) âApparently they
tasted just fineâ.
Early euroscepticism at itâs finest, IMHO.

Just in case my friends in the rest of the UK think I am being dramatic
here is a copy paste from the Scotsman newspaper based in Edinburgh.

This is just the tip of the iceberg.

THE night was wearing on and Scotlandâs most powerful politicians and their
supporters were chewing on cigars, sipping brandy and enjoying Andy Cameronâs
stream of couthy jokes.

Cameron probably didnât know the one about the ministers, the millionaires
and the soon-to-be-murdered. But this was a reasonable description of the
latest Lanarkshire Labour powerplay taking place before his eyes.

The guests had gathered at the tranquil setting of Motherwellâs Dalziel
Park Country Club on a Friday night seven months ago to drink, dine and sign
cheques for the Labour party and other charitable causes.

The annual Red Rose dinner in Jack McConnellâs constituency, which
typically raises around 7,000, was a chance for players in business and
politics to rub shoulders with the First Minister and Northern Ireland
Secretary John Reid.

That night they also mingled with MI5 minders, a retired police chief and a
drug dealer by the name of Justin McAlroy.

As millionaires such as James Mortimer, boss of Glasgowâs Victoriaâs
nightclub, bid around 2,000 for signed football strips, McAlroyâs champagne
lifestyle was entering its final days. Six days later a hooded man would shoot
the Porsche driver five times outside his luxury home in Cambuslang, in a
killing which bore the hallmarks of a gangland hit. Police later linked the
murder to the Ulster Freedom Fighters.

McAlroy â whose Labour-supporting father Thomas owned a stake in the
country club and had been presented that evening with a commemorative plaque
by McConnellâs close colleague, MP Frank Roy â had been a well-known convicted
drug dealer.

If senior Labour figures were later mortified by the criminalâs attendance
they should not have been surprised. From âMonklandsâ to âLobbygateâ, in
recent years Lanarkshire has been a byword for Labour sleaze, for
sectarianism, cronyism, nepotism and vicious party in-fighting. â

The ZaNu Labour Mob of Soap Dodge City (Glasgow) and omnipotent controllers
of Glasgow City Council have a history of involvement with Irish Catholic
crime organisations going back generations.

Recently you may recall the leader of Glasgow City Council was exposed as
both a potential future leader of Labour Party in Scotland and a Cocaine
addict who spent his weekends hanging out with organised crime.

Glasgow is a city with so much potential eroded by too much corruption. The
Council, Organised Crime, Irish Terrorist Funding, Irish Terrorist
organisations, Celtic Football Club, The Trade Unionists,The Labour Party are
so interlinked that many are members of multiple of these mobs.

Every year they come together at various functions where all parts of the
Irish Catholic Mob can be seen.

In most cities in the UK when a senior MP meet with council bosses, trade
union bosses, footballers you would not expect to see Crimelords holding court
like Middle Age kings but in Glasgow this is what passes as a Labour Party
Fundraising Dinner.

The Meeja (Glasgow Journalists) who are in attendance simply ignore the
obvious out of complicity or corruption.

The corruption in the winning of contracts from Glasgow City Council allows
the Mafia to launder vast sums of money from the Drug trade. Prostitutes
operate from Tanning Salons, Taxi Firms involved in Drug Supply, Security
Firms owned by Gangs that guarantee your business will be burned if you do not
take their services. All licensed and over seen by their friends in the
Council, Labour Party and Unions.

The awarding of a Taxi License in Glasgow for NHS transport to a known
mobster Taxi firm (With no disability access vehicles) was so outrageous the
Police protested at the council giving more money to known mobsters. Council
did it anyway.

It has long been known that attending Catholic School was a prerequisite
for decades to employment enhancement in the Public Sector in Glasgow Council,
BBC, Unions or the Labour Party.

Anywhere their is public money being spent in Glasgow these groups are to
collect.

Well that article should put you in line for a Glasgow âKissâ, Ms R.

Care to tell me why my posts are being pre-modded please?

Er, qua? No idea what you are talking about â which post, where?

As you explained â if a post contains âlinksâ it is held for moderation
to deter spammers.