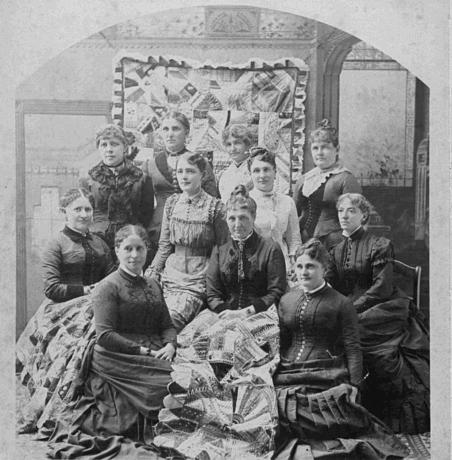 ‘Europe’ as a legal entity was designed to stitch together disparate nations.

As any student of the origins of patchwork quilting (I am not talking of the modern commercialised, ready to sew version) would tell you – when you are trying to join together the worn out remnants of discarded garments to make something useful – they need to have at least one element in common.

It used to be that what the original ‘Common Market’ had in common was just that – a market. They wanted to join their roughly similar economies together just as far as it came to trading with each other. They neither wanted nor expected that they would agree on peripheral matters such as where their citizens smoked, or what shape bananas they ate for lunch.

That notion was long ago hi-jacked by the expansionists who thought that ‘wanting to be a part of this quilting project’ was sufficient reason for being included.

Thus those from the Mediterranean countries, with their laid back light weight fabric; retire early, don’t work too hard in the midday sun, were sewn into this cloth along with the descendants of the hard working Nordic Vikings.

Since Europe was already committed to ‘equality’ between it’s trading partners, this required a considerable transfer of resources between North and South. No matter, weren’t we preventing war? Or perhaps we were giving in to behind the scenes blackmail – give it to us or we will take it by force.

The patchwork had turned into a political tool.

Pity that we have had to endure (and pay for) Serbia, and Bosnia to tear each other apart. The ‘prevents European wars’ argument might have been so much stronger.

Thereby lies the rub – our largest trading partner is going bust trying to hold onto the dream – and yesterday 111 MPs threw careers to the wall holding onto another dream; that somehow pulling out of Europe would have meant pulling out of European problems. As if. If your main customer goes bust, you will too.

What concerns me far more was that yesterday, Cameron, aided by 483 politicians of every hue, proved irrevocably that they do not represent their constituents; they are merely the henchmen of tribal leaders that we pay through the nose for. They are no different to Gadaffi’s supporters.

It matters little what the issue was – it was the bloody nose that voters were given by parliament – we aren’t here to represent you, we are here to follow our leaders.

I have been vaguely reflecting over the past few months on how rarely Cameron – or any of the other leaders actually address us.

Watch him on TV; whenever you see him, he is maintaining eyeball contact with either a member of his own tribe, a member of the opposing tribe – or a member of the media. When did you last see a leader – of either hue – address the public?

Maggie did; regular broadcasts from her ‘desk’ in Downing Street; even that poisonous little toad Harold Wilson did. So what if it was 90% bullshit, dreamt up by the spin doctors – at least they maintained a semblance of thinking that the voters were part of the decision making process. We were worth eyeballing.

Do we deserve this? Maybe.

Priorities. We get the government we deserve.

The quilt we made isn’t going to keep anybody warm.

I found a king sized feather quilt with a small rip in it in our village
wheelie bin the other day.
I mended the rip and took it to the local
launderette just in case. It is now on my washing line for a final airing
after being tumble dried.
God knows what the previous owner thinks, but
she’s not getting it back.

If you really want to get out of the EU, I wish you the best of luck!
Although, I don’t think it’s either good or possible at the moment.

Beware the misleading statistics from the EU-lovers. The UK may indeed sell
a great deal to Europe, but we buy twice as much from them as we sell to them.
So who would be the biggest losers ? Who has more jobs at risk ? They do, by a
factor of two.

And, as Kate Hoey so smartly pointed out, in a few years time the EU will
represent only 5% of the world’s population – the Commonwealth (remember
that?) will contain 30%. So, if it’s all about access to growing markets,
where’s it smarter to look with a history of connections ?

The EU makes less sense to Britain now than it ever has since 1973, and it
didn’t even make any sense then. But first we need to get rid of all those
politicos who see it as their post-parliament sinecure, like those famous
‘bought’ pensioners, the Kinnocks (two of), Clegg, Mandelson, Huhne etc. Sack
them all and let UKIP loose – it’s our only hope now.

A very threadbare quilt, and it has had all the stuffing knocked out of
it.

Paragraphs 1 and 3 make sense mudplugger, but I think you will find that
the commonwealth has a long memory about how it was abandoned by the yUK
when it joined the EEC. There was very little sympathy shown to NZ sheep
farmers, Australian wool exporters or Canadian lumber/wheat exporters, why
would they trade with you now? And lets face it you have nothing worthwhile
for export.

International trade is governed by WTO agreements as so well pointed out
by Brillo to that dimwit Spelman the other day here http://www.youtube.com/watch?v=nlwPoB_BZnc

Over the past 15 or so years we have seen politicians becoming less the
representatives of the people that voted for them and more the puppets
controlled by the party machine and the public servants in Whitehall.

If you look carefully you will see that it is not parliament running the
country – or running anything – but the unelected civil servants and Whitehall
mandarins, just as it is with the EU.

Is there a way to resolve this? Yes, but it will be hard and painful.

On the subject of not looking at the audience, the blessed Obama never does
that either.

Or you could respond like you do to a child who doesn’t listen – keep
telling them till they understand.

Yet another ePetition for a EU referendum – https://submissions.epetitions.direct.gov.uk/petitions/20133

If they get enough signatures, will they have to go through it again?

So it’s just UKIP now, then. Or outright anarchy.

Hmmmmm…..anarchy in the UK, the landlady never told us about that part
of her youth.

Interesting that counter culture punks now look quite clean-shaven and
washed compare to most yoof these days.