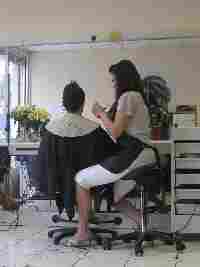 Some of the services we âreceiveâ are pretty intangible, such as caring for the less-fortunate, or education of other peopleâs children, but letâs assume that weâre happy that we receive those services and itâs all tickety-boo.

And just like every other business, the government depends on attracting customers or voters by apparently offering the best deal to customers. So who is not going to vote for the guy who claims he can square the circle of taxing us a bit less and offering us a lot more?

But while parliamentarians live in a peculiar make-believe world where soundbites are all that matter, the rest of us all want actual services that need to be paid for with actual money. And when the tax money runs out, the government borrows. They canât pop down to QuikQuid or Borro, their mechanism for borrowing money all sounds very posh and arcane and solemn, but actually, theyâre just asking a couple of bank managers for a hefty loan.

Now, what happens when you borrow money? Well, you splurge it on the nice new car or holiday or raft of âeye-catching initiativesâ but then you have to start paying interest on it and paying back the capital.

If you or I fail to do that, itâs called âbeing in the shitâ or possibly âbankruptcyâ, but because this is a government debt and they like to make it sound special and pompous and mysterious, itâs called a âdefaultâ. For many profligate people, bankruptcy is a short-cut path through the pain of getting back on your feet after youâve spent the kidsâ inheritance.

But default for a country is much more painful, especially if the country is as addicted to state-provided services as the UK is. So, as useless as any British government may be, the one thing they will not allow is a default on their debt. Doing that would mean that they would no longer be able to promise us Â£1â²s worth of sweeties for just 50p and our vote.

So itâs inevitable that instead of providing services (which is really what we want from government) some of our tax money is going to pay off interest and capital on loans. And because the government is still spending money like a drunken sailor in port for the first time in six months, they are borrowing more and more, which means more debt and more interest payment.

Because they have to pay off more and more debt, they are not in a position to do the one thing that they really could do to stimulate the economy: cut taxes. Since they canât cut taxes, nobody has any money to spend on the things that kick start actual economic growth.

Like anybody else, the government has to pay for its grand designs to âkick start the economyâ. âInfrastructure projectsâ like HS2 still have to be paid for, so by âinvestingâ in them, the government  has to cut something else or tax us more.

And since they are extremely unlikely to cut anything material, rather than âstimulating the economyâ, these projects will simply move more of our money, raised via taxes, into the hands of a handful of canny PFI operators.

So when you call for government to âkick start the economyâ, remember that you are just calling for a future tax hike as the government funds some grandiose white elephant that is not what we want or need.

Despite all the fine Tory words about reducing the deficit (before the
election of course), overall state expenditure is still increasing. Although
not assisted by the side-wind blowing from the Lib Dems, the culprit is
Whitehall. Although (some) politicians would like to implement change, culling
quangos, cutting vanity projects, etc., this massive impediment remains. Until
power is wrested away from Whitehall, the gravy trains, and government
spending more than it receives, will continue.

Exactly.
The real problem is the size of government, local and state.
Thereâs a lot of people to keep busy.
Perhaps we could find out how much of
the total population is directly employed by âthemâ, and what they
do.
Hereâs a start:
In 2oo8, 1.2 million employees in the nhs, so one
employee for every 50 or so people; one person in 500 is a policeman (add on
the civilians and PCSOs).
Look down your street, at say 2.5 people per
home, thereâs an nhs worker for every ten homes, a policeman every 200.


As for the temptation to start new major infrastructure projects, rather
than HS2 (Concorde II ?), how about the crumbling pavements outside our homes,
or putting public lavatories back in our towns and villages? Quite important
for us wrinklies. We might get out more.

Yep, government has no money, so they can get it from three sources:

1. Tax people ~ utter madness, no-one can believe this has a multiplier
effect surely?
2. Borrow it ~ also madness, if this worked Greece would be
bailing out Germany and the government are crowding out the actual wealth
producers
3. Print it ~ just crypto-taxes with the added benefit of
inflation

It rather reminds me of scooping water from one end of the bath, spilling a
bit, pouring the remainder in the other end and wondering why the water lebel
is not rising.

There is a fourth source:

This, and preceding government make an almighty sum from fining people.
In most cases, the âcrimeâ has no victim, no loss, harm or injury is
caused.

I tell them âNoâ. I say it politely and firmly.

I already get robbed of 83% of my sweat equity. This is a staggering
amount of money. Huge chunks of that is wasted.

Itâs a pity the country isnât run like a company, if it was we MIGHT get
value for money paid.

Any company trying to remain solvent would be looking at its workforce and
seeing who isnât pulling their weight and waving goodbye to them â with the
government it appears to be the other way round.

A company would also be looking at where it could save money. Non
profitable departments would be either closed or sold off if possible â think
NHS, quangos etc.

Any company worth its salt would be looking at its expenditure and try to
get value for money spent not pay out more for less efficient production
equipment â electricity from renewables is paying more for a MUCH less
efficient production. They would also be squeezing the suppliers not handing
them gifts.

But then the country isnât run as a company and government sees the
taxpayer as an unending source of funds to squander on things that make it
feel good.