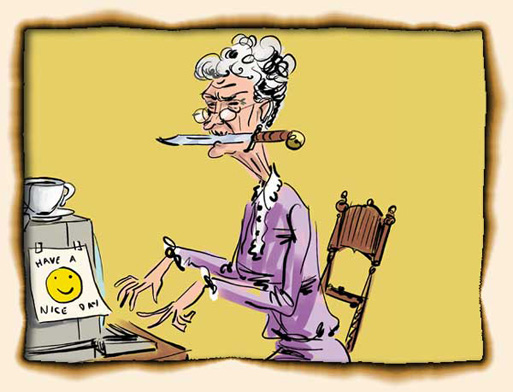 What a week to miss in politics!

Liam Fox resigns to spend more time with his exotic extended ‘family’. While we wait with scarcely baited breath to find out which ‘wing’ of his family he will be spending more time with in future, those of us who are interested that is; eeny meeny miney mo, Jesme, Adam or anuvver foe? – I am left pondering the imponderable – why did he resign?

Was it that the latest revelations were news to him also? In which case why didn’t he contest the revelations?

Were the latest revelations simply untrue? In which case why didn’t he contest the revelations?

Or were the latest revelations merely ‘previously unknown’ to the media – in which case what happened to ‘putting nation before self’ – he knew he had done all these things, but felt he was entitled to remain in office so long as the media – and us – didn’t know? What venal hypocrisy! Self serving sanctimony – from a man charged with bringing the ‘British’ version of democracy to other nations!

Who grassed him up to the Media? Who knew where all the bodies were buried? Well Adam did…but then again, who knows what the mysterious Jesme knew…

I have been winding myself up all week reading Alan Clark’s ‘Early Years’ biography.  One long navel gazing whinge from a man born into unimaginable privilege and bounty, now up to his ears in debt, fornicating with everything with or without a pulse, monitoring his own pulse with terminal introspection, and glowering with indignation that he wasn’t presented with higher office, the better to impose his values on the rest of us.

What was wrong with Clark? Didn’t he have a boyfriend? Didn’t they think he could balance trussed up on a table with his black silk stockings and an orange in his mouth? Had he never been admitted to St Mary’s for repairs to his rear end? Hadn’t he ever blatantly lied about his dedication to his family? All those fast cars, surely he must have persuaded at least one person to take speeding penalties for him? What kept him out of office for so long?

I despair really – is there anyone who wants to be a politician who is actually fit for purpose? Or is the notion an oxymoron – here I go again, sliding into the anarchist’s camp….

Talking of anarchists, at least the media version of ‘anarchists’ and other assorted activists. I see the one political tribe who haven’t changed their uniform in 30 years – Bankers now go to work in Chino’s, no longer in bowler hats; the working man would be seen dead in anything less than the latest Manchester United strip; Foreign Office Ministers have forsaken their gold watch chains for the latest Rolex and an open neck shirt – but the activists cling to their fair isle bobble hats with floppy knitted goats ears….and are currently to be found parked on what is in effect the front lawn of the richest property owner in Britain, the one that undoubtedly pays the least in taxes, one who employs some of the most retarded, spineless and stupid lawyers (I’ll leave you to guess who is closely related to one of this insipid specialist breed!) to defend their hereditary rights and privileges – and the activists and anti-globalists are delighted to be there – are they pointing their guns in the direction of their hosts?

No, of course not; not the cuddly, clappy, church of sanctuary – their guns are pointed outwards towards anyone and everyone not fully employed by a union but none the less mysteriously producing the wherewithal that allows them to give up more than half of the value of their honest labour to feed and clothe this motley crew.

Talking of fully employed union ‘pilgrims’, since I have been away, the postman has been kind enough to deliver a copy of the bills the French Government has paid on my behalf to the French Health Service. It has, so far, cost the French Government a stunning 27,200 Euros to at least keep this blogger’s fingers tapping away, even if not much else is currently in working order. Still look on the bright side, according to the prognosis of a scant few weeks ago, I should have been dead by now. That I’m not is solely down to the excellence of the French Health Service.

Her Majesty’s Britannic Government is pleased to contribute the sum of 2,500 pounds a year to that monstrous bill on account of how I’ve paid my Taxes and National Insurance payments for 42 years – they’d be able to contribute more but they have to pay (I’m indebted to bineo in the comments) for approximately 1 in 10 homes in Britain to be inhabited by a member of the NHS service, many of those full time union employees.

So the French Government gets to pay to keep me alive, and the British taxpayer gets to pay for more whingers moaning about their pension contributions, the price of Gas, whether they should get extra pay for correctly filling in the form saying how many patients they’ve managed to give MRSA to this week, and can they please have Saturday off to get on the free coach down to London to join the ‘knitted ear’ ones and scream about the swinging cuts to the NHS…

Not even half a one I’ll wager. And there are hundreds of them.

More pent up rants when I wake up again. A whole week reading Alan Clark, I deserve a medal.

I assume Fox resigned because the PM told him to jump before he was pushed.
What other reason is there ever, now that honour is a foreign concept to these
scum?

As to people who want to be politicians, well of course there is not even
one who is fit for (our) purpose: the very fact of wanting to boss people
about and impose your views on them by force, renders one unsuitable for any
position of authority. The same applies to traffic wardens, PCSO’s, dentists’
receptionists, and other such type.

Alan Clark from a distance may have been quite entertaining, but I doubt
many would wish for him as a friend. That doesn’t make the clones any more
appealing
Sorry Anna about my error in advanced maths, but one house in
twenty is still quite a lot a lot.
I guess my mind,and accuracy, is
occasionally and bitterly disturbed by the first comment made by a paramedic
to two ambulance crew: ‘good to see you’re wearing your union badges, we need
all the support we can get’.
This was in front of my extremely ill wife, in
our bedroom, yet to be examined after an emergency call, only a few weeks to
live.
I suppose the fool did turn up quickly….
Not the 1970s, January
2011 West Sussex.
If only the nhs was run by Macmillan nurses.

Ignoring the major theme of your post, I am pleasantly surprised that the
French national health system can accurately determine the cost of it’s
patients treatment-what a concept! I wonder if the health minister is aware of
this? Give the NHS another century they will still not be able to issue such a
statement, and thus will never be able to determine where money is being
wasted.

My word–how I do look forward to your blogs.

(I think you will find it is bated breath by the way.)

Now, now. Clark may have had his faults but no-one could ever seriously
accuse him of bowling from the Vauxhall end. And don’t all politicos want to
impose their values on the rest of us? They all think they are worth higher
office.

Give me Clark over the current crop on all the benches. At least he was
educated and more or less beyond bribes save for the hot female variety.

Clark was a shit. I had the honour of cutting him dead back in the
day.

The last line (of verse one) of that hymn is, “I’ll labour night & day,
to be a pilgrim”.
I always previously thought that meant work hard for
spiritual rewards, not take time off at taxpayers’ expense to lobby for more
handouts. O tempora, o mores.

Anna, glad to see you are in good fighting form.

As to the next politician to be shot at, I suspect it will be Michael Gove
for the simple reason he is trying to do something about the shocking state of
education in the UK.

You’re not wrong Ivan. It has to be Michael Gove as we are quite pleased
with him here in Frome. We are getting a Free Steiner School!

Anna, you are a force of nature. I am so glad you are getting such
fabulous treatment. Calfy, my girl, has just experienced a hospital in
Sweden and was similarly shocked to find that going in on a Saturday doesn’t
just mean someone taking a blood or urine sample and waiting till Monday to
see a doctor (only to find the blood sample got lost and they have to take
another. )

The coverage of Fox has been astonishing. Nobody is saying that it was
all a shocking breech of national security, at the very least, which is what
it has appeared since it emerged in the news. But hey, maybe anyone can
wander into the MOD if they know someone who works there and anyone can tag
along to diplomatic dealings in foreign climbs. I think I’ll give it a
go.

Sorry, Anna, to put this here…..WAY off topic. But I was wondering what
sort of feed-back people have been having from Mr Leitberger (or whatever his
name is) about the silent majority supporting the EU. I had a very polite
email back from him – which I then disputed. Now I have had another one from a
minion, saying that 80% of Europeans support a coordinated response to the
euro crisis. Well, duh!!!! the whole fricking WORLD would like a coordinated
response to the euro crisis – which is a whole different matter.
I asked
this lady what sort of response Mr L. had received to his comments.
Can you
do a follow up about how many people actually emailed him, and what his
response was. Ta ever so!