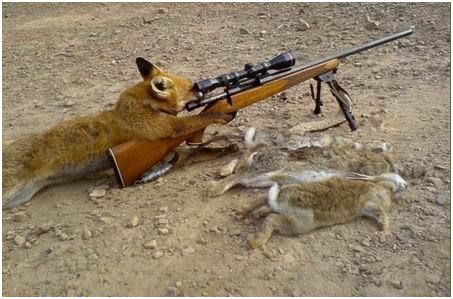 Fox hunting may be considered an odd occupation for the politically correct left, but they make an exception for old Liam. Reynard flâneur. A walker. (I am indebted to Charon QC  for introducing me to that one!)

In truth this is an old Fox, one that was wounded many moons ago, the hounds were merely temporarily withdrawn until the Fox thought it was safe to ‘come out’ again.

It is easier to find a picture of Liam with his best man Adam Werrity, than it is to find a picture of the old flâneur alongside his long time spinster-of-this-parish wife, Jesme Baird. The only one I could find this morning came complete with a banner headline underneath pointing out that he lived with Adam Werrity in a Tower Bridge flat up until his marriage. No opportunity has been spared by journalists to point us in a single direction. He is surely one of the few heterosexual Tories who have managed to generate two stories in the Pink News on the subject of his forthcoming nuptials at the ripe old age of 45, nor to have generated a quote from Peter Tatchell, long time gay activist, that he ‘is prepared to forgive him and move on’.

The rumours of an unconventional, but perfectly legal, private life, have swirled around Dr Fox for as long as, well, about as long as they swirled around that other happy bachelor, Gordon Brown, until he married Sarah Brown at the ripe old age of 49 and started producing the statutory or statuTory children required of any aspiring political leader.

Though Dr Fox’s past exploits appear to have more in common with William Hague than Gordon Brown, despite his prominently socialist brother, who curiously never, ever, mentions him…..must be the politics eh? There have been bizarre stories of the carousing in Paris with rampant and excited young students, forced to share his bedroom as the night grew older – ‘he wasn’t in a fit state to go home’; the burglaries at his home where it was carefully pointed out that his wife was not resident there at the time. The sly ‘is this the Tories first lady in waiting’ articles, purporting to be discussing his future wife, but quickly launching into a discussion regarding Dr Fox’s chances of being premier of the Tory party. Crikey, haven’t we had enough clues yet folks? We are in ‘what is Adolf Hitler’s first name’ territory here.

Why should any of this matter, isn’t Labour the party of equality and anti-discrimination? Partly I suspect that is is Dr Fox’s past stance on Homophobia, that has got up some delicately flared nostrils; “We just do not want poofs in our union. I wish they would just bugger off and give us peace” he said, an unfortunate choice of verbs,  whilst a member of Glasgow University’s student council. It might have appealed to the wider audience in that tough city, but it didn’t endear him to the gay activists. They don’t forgive and forget in a hurry, not when they suspect that the speaker is one of their own. The fact that he declined to vote on the Civil Partnership Bill awoke old memories.

It is not just Labour which has been gunning for Dr Fox – The Conservative Party has been in on the bun fight. Back in February, Fox was claiming that he had ‘been the victim of a plot by Tory Chiefs’ when his North Somerset branch of the Tory Party was suspended and two of his key constituency officials ousted in the continuing row over his election expenses. Cameron was believed to have been mighty miffed over the leaking of a letter from Dr Fox claiming that forthcoming defence cuts would be a disaster. No friends there then.

In March 2010 Fox had to repay £22,476 in mortgage interest payments as part of the MPs expenses row;  in June 2009 Fox claimed expenses of more than £19,000 over the last four years for his mobile phone. I suppose when you have a complicated home life, the calls from overseas can mount up.

Now the media are in full pursuit – his relationship with long time ‘close friend’ Adam Werrity – even ‘longer time’ than his close relationship with his wife – is under intense review. A review ordered by Dr Fox himself; how does that work? Does he sit at his imposing desk and ask himself searching questions? Will he turn his desk light on his face and demand the truth?

With his local party suspended, his close officials fired, and the party henchmen of both sides in hot pursuit – does Liam have no one to support him? There is an unsubstantiated claim that he is a friend of Mother Theresa, but Google turned up no further references.

What is this?  The search on Google for ‘friends of Liam Fox’ turns up no less a suitable companion than Andrew P Withers, one time revered leader of the Libertarian Party.

Sheesh! The man doesn’t need enemies with friends like that. No wonder he’s suffering from the paranoiac’s belief that he is the victim of a plot. Must be infectious.

Well Dr Fox has been run to ground, it’s only a matter of time before they
dig him out.
I heard a lot of supporters yesterday on the radio decrying
the witch-hunting press and I ended up getting quite cross. Yes, there had
been a baying pack of press hounds on the trail. But Dr Fox was the one who
presented them with a trail to follow. He may be the most ‘honourable’ man on
the face of the planet but having an un-official ‘adviser’ whose remuneration
is not ‘transactional’ (?????) swanning round with you on foreign visits is at
best stupid and at worst dishonest.
I couldn’t care less about his private
life. Although if it turns out that his actions have been driven by a desire
to hide his sexuality I’ll be profoundly depressed. Another lesson in how cant
and prejudice in society gives birth to torturous deceptions. cf David
Laws.

Wrong. It was not Fox who made that comment (…I wish they would just bugger
off) at the GUU, but the then president, Vince Gallagher.

Your contention that Colin Fox is related to Liam Fox is I’m afraid
incorrect! Apologies if I am missing an urbane in-joke.

It is highly amusing watching the hounds follow the scent while Dr Fox
insists there is nothing to see here!

I would bet on both myself, but bets are off on whether he makes the end of
the week still in the cabinet.

Doing some work in the office above the bar I notice that you aren’t the
only one wondering about Liam Fox’s sexuality. It seems that many people are
searching on the term “adam werrity gay”.

What he does in his private life is none of our concern until he uses his
private life in public. Allowing a closet friend to be an advisor is one
aspect of private life interfering with a public life – and he can’t say that
he didn’t know as Adam has been with Liam for so long it would be impossible
for Adam to have kept such a fact secrect from Liam.

Hypocrisy is just a minor fault that all politicians have. Part of their
make up. They have to be hypocrticial when they sometime votes on party lines,
sometimes on behalf of their consistuents, and other times to get as many
votes as possible. So being gay and voting against gay rights is just a normal
act for a politician – though we can still rail against them for being two
faced.

Strikes me that the Stalinists would have been proud to come up with the
approach of “ordering an inquiry into oneself”. Or is it a colonoscopy? Sorry.
I’ll get my coat.