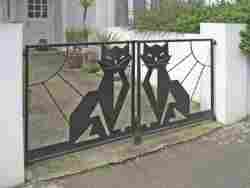 I quite like Theresa May. It may be because I am an inveterate flirt and quite like posh women with fancy tastes in shoes. I don’t know. And when she makes a serious point that the legal system is being abused by a motley collection – nay, army – of thieves, murderers, drug dealers and malefactors who make hay in the United Kingdom by virtue of the “Yuman Rights” Act, she should be on solid ground with me.

The “Yuman Rights” Act, by the way, is an Act of Parliament which says that if you are a law abiding citizen of this country you are not allowed to complain if some Somali pirate with a penchant for knife crime stabs someone in the neck and we cannot throw him out of the country, back into the nasty pit whence he crawled. Provided, that is, he has managed to sire some offspring with one of his crack whores first, in which case he has a “right to family life” and is entitled to remain here. Usually at public expense.

This has been a little gravy train for lawyers of all levels and reputations for ages, and one of the few areas of civil law where what used to be known as Legal Aid has not been withdrawn. I don’t know why, but isn’t that right, Cherie?

So what has Mrs May done to vex me? Well, complaining about a Bolivian asylum seeker being allowed to stay because he has a cat.

La May has defended herself claiming that the cat was a material factor in the court’s reasoning.

It is funny, by the way, how many asylum seekers find girlfriends and produce offspring with such alacrity. Odd, that. How does that happen? Dunno.

Perhaps she has a point. I wouldn’t put it past the Orwellian Ministry Of Justice to start the “spin” which is the main activity of public sector interests these days and defend what was the usual judicial insanity.

The net result, however, is that the debate has been skewed by the Usual Suspects (activists broadly pro the invasion of the United Kingdom by gangsters, rapists and thieves and the like) poo pooing La May’s claims as the usual “Daily Fail” rubbish.

That is slightly irritating. She could have done so, so much better.

Why can’t politicians get their speeches to back up what they are saying with hard fact? As I leafed through the Sunday Times a couple of days ago, for example, I noticed an article on page 20 which detailed the systematic abuse of Human Rights law to avoid extradition by Albanian criminals found guilty in their absence of crimes, including murder using a sub machine gun (at a cost of millions to the tax payer).

And the case of a Mr Siraj Yassin Abdullah Ali. Mr Ali was sentenced to nine years for helping the 21/7 bombers who killed more than fifty innocent people and maimed and seriously injured many more, but he can’t be deported because he might face “inhuman treatment” in his native Eritrea. Which begs some questions. Why was he here in first place? How was he allowed in? How did he get here? What will happen when, not if, he is released? Presumably he will vote Tory and join a golf club? Maybe not…

I am a great believer in the maxim that if you are going to do something, you had better do it well. If you are going to put the boot into the lunatic Human Rights industry, take a good long run up, and put that boot in properly and hard, right where it hurts. Get your facts rigorously right. If you wish to complain about the bloody cat, quote the judgement, quote the words, set the context…

Be relentless, merciless, dry, and to the point. Find the best examples. Spell them out in soulless, cold, unremitting and accurate detail. Tell us the costs of the fiasco in lawyers fees. The case is crying out to be made.

Don’t exaggerate! If anything, understate the litany of abuse which the legal system heaps upon the poor, hapless citizens of this nation. Do it more in sorrow than anger for a while. Then let rip with venom. Any decent advocate will tell you how to do it.

And this leads me to a wider point. I am bound to say if I found almost all the speeches at all the conferences largely, banal, sloppy, ridden with clichés, and utterly bereft of insight or empathy. I make a special and honourable exception for Ed Balls, who was exciting but only in the sense that he is so patently both utterly and completely insane and nasty that he did give quite an illicit thrill. It was a bit like watching “Henry, Portrait Of A Serial Killer”, or perhaps more ironically “Last House on the Left” (which is really nasty, by the way).

Somewhere, in an office block in Central South London with air con and smoked glass, intense young men and women who have never experienced anything other than university, advertising and politics have been busily writing phrases on white boards and in their Powerpoint charts. Phrases such as:

“We are not afraid to make hard decisions….!” (snigger of derision)

“We are all in this together…..” (Expletives deleted!)

They have been very excited by these buzz phrases. They have consumed their Perrier water and tofu, before retiring to Muswell Hill for a small glass of Chablis and a shag with a similarly privileged and equally amoral paramour.

What does this tell us about the people who purport to lead? iDave, Clegg the Bland, and Milibandias, King of Kings? Balls the Mad?

I think it tells us they are average, without imagination, without rigour, without guts, without experience. Intellectually sloppy and entirely unable to really engage with real life, other than that they can manage a sound bite and make no particular mistakes. A tweeter made a good point this week. From memory @RealPengy wrote something like:

“Give me an alcoholic, anything, not these bland chinless wonders”.

They are Bland leading the Blind.

They are uninteresting and unremarkable in all but their pursuit of office. Balls excels them all in that, and is totally insane. I am not joking about that.

Poor, poor Britain. I suppose we get the politicians we deserve.

Photo by Passante of Passante’s World

LJH – quite so. Palin may generate a lot of ridicule, but her criticism of
what she called the “permanent political class” is spot on. They are
the enemy, from party leaders here to Herr Diktator Von Rompuy and the fat
Maoist.

Anyone able to tell me why it is that the UK is the only country in the
world, it would seem, where it is possible to have a “family life”?

I’m considering starting a club for terminally ill people who would like to
make a difference before they pop their clogs (and who do not want the
humiliation of NHS interventions in their dying days).

Conditions for acceptance:
The ability to shoot straight
No relatives
or dependents
Hatred of politicians (but that’s nearly everyone
anyway)
The club size will be limited to 650

Perhaps the solution for such as Mr Ali is to give them a sentence that can
only be ended by the act of them departing the country. If they’re not
prepared to leave the country then they can stay inside. If they need to
appeal to the ECHR then they can attend in person and then not be readmitted
to the UK.

I came upon a lovely quote, it was in the context of the Euro but I think
applies to 99% of the current political herd in the West.

“The political class will commit collective suicide and take what remains
of the European economy down with it, rather than accede to terms that would
save the economy but eliminate the political class.”
David P Goldman http://www.pajamasmedia.com/spengler/2011/10/03/a-beautiful-mess
.

Somehow we have to get rid of them. Life at the top has too many rewards
for them to dream of dismantling the system that is crushing us.

It was reported on another forum yesterday that Mrs May’s cat example was
correct (up to a point). It was mentioned by the judge in his summing up of
the relevant case, though not the most important factor in the case. When the
press reported this, the embarrassed judiciary somewhat back-tracked.

I suppose for someone with a knowledge of legal matters, it might be
possible to track down the original case records and check. Otherwise, the
whole thing could just be another urban myth.

As you rightly say, Gildas, presenting straight facts with evidential
back-up would build an unanswerable case. That, however, requires the long
slog of journalistic leg-work, something which seems to have fallen somewhat
out of fashion these days.

I can not track down the original judgment, I am not sure it has been
published. It was, however, appealed on the grounds that undue weight had
been given to the cat. The appeal judgment is linked to below:
http://www.ait.gov.uk/Public/Unreported/IA145782008.doc

The appeal ruling does not seem to particularly consider the cat but did
conclude any error was immaterial effectively as there were sufficient other
grounds to allow the original decision to stand.

Arguably Theresa May is correct, weight was given by a tribunal to a cat
and this does not seem to have been over turned explicitly in the appeal.
The appeal against deportation does appear, however to have succeeded for
reasons other than the cat.

In the kingdom of the bland, the one idea man is king – or something like
that.
I would offer acknowledgement, but I have no idea where I ripped that
off from.

“I suppose we get the politicians we deserve. ”

Honestly Gildas I really do deserve better than the shower of amateurs we
are lumbered with. After all I’m entitled aren’t I!

Perhaps we should bring a case against them under the Trades Descriptions
Act. I’ll bet the little tinkers have put an exclusion clause in,
though.

Talking of “not been there, done nowt but here I am your lord and master so
do what I say” – well sort of; what’s happened to Jack Straw? gone back to
being a permanent student?

Didn’t someone say that if God had wanted us to have decent politicians
then He would have given us suitable candidates?

Are you really wanting to say that they’re all wankers Gildas?

If we’re getting facts right, it was the 7/7 attack and not the 21/7
attempt which killed 52 people in London.

Touche! I blame my flu