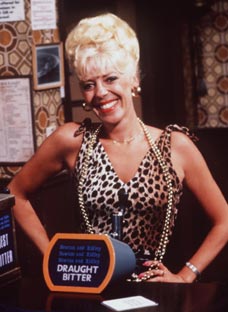 The answer to some technical questions which are beyond me at the moment?

Thanks to the generosity of one of my readers (you know who you are, bless you!) I have been given an Ipad to allow me to stay in touch with you all under the present ‘difficult’ circumstances.

Being a very ‘PC’ sort of person I have absolutely no knowledge whatsoever of Apple products.

So, your starter for ten, Apple Geeks……

At the moment I have instructions, keyboard, and language, in Dutch and French…..I could manage in French but I have to think about it, not bash out mindless drivel with gay abandon as I usually do – is there an App or something I can download somewhere that will allow me to change this configuration to English with English keyboard? Do you have an address for this App?

Is there the equivalent of ‘Word’ document that I can download for Ipad? Do you have the address?

What about e-mail? Do I have to go direct to web mail, or is there the equivalent of Microsoft Office that will download all my e-mail?

I see I have ‘Itunes’ on this – great I can have music, but I need earphones, anybody know the address of lightweight earphones I can buy online? Muddy Waters instead of roaring air conditioning, Yeah!

The hospital has an internet connection which is a USB hub – the only USB hub I can see is a spur off the charger unit – do I plug it in there? (Don’t all groan at once, I said I knew nothing about Apple…….)

Meanwhile I am trying to catch up on the various disasters of the past ten days – anybody got a particular subject they would like to talk about, i.e would like me to bash out some drivel to get you started? The choice is overwhelming me……

OK drinks on the house to the first correct answers….

Now, where did I put the Bet Lynch earrings? (Good wig, innit?)

Anna, I have a friend who’s looking for a solution to access internet with
the iPad via cable. Have emailed you the first suggestions this morning re
other matters; will email again if and when she really finds the internet
solution. Bisous :-*

For a start Anna you will only be able to connect to the internet by
wireless – no USB out on an Ipad. Pity it wasn’t an Android pad, they have
propper input/output connectors. No WiFi no internet unless it is a 3G model
then you have the cost of the 3G connection.

There is a dedicated mail app but you may find the onscreen keyboard a bit
of a pain – the only way round that is to use a bluetooth keyboard, more
expense.

Any standard headphones with a 3.5 mm stereo plug will work – even the €5
ones from Auchan.

If you would like me to talk you through anything you have my number or
e-mail me a number – I get free calls through free.fr

“…you may find the onscreen keyboard a bit of a pain…”

I found it odd at first, but you soon get used to it.

Mmmm – any “iThing” of any kind, is best kept in its packaging – then used
as a gift to some poor unsuspecting soul …

Android Tablets are far more intuitive and flexible – yes, the ‘OS’ issue
has become a bit fractured of late – but Google seem to be working on that –
just that its not there yet …

Personally, I’d try to get my hands on an older Galaxy Tab – the one with
WiFi and 3G and a SIM card slot, so you can even make phone calls – and with a
32GB microSD card, you have a total of 50GB of memory …

And, as it’s a 7″ screen, it fits into a handbag or coat pocket, can be
easily mounted in your car with a SatNav programme running, etc. …

Look on eBay, as the “full spec” model doesn’t seem to be made any more
…

If you need to plug your I-Pad into a Mac computer to get it set up I have
a new generation Mac Mini which should get most things synched. As I live not
a million kliks from you email me when you get home and we can arrange to
meet. I am no good at explaining technical stuff over the web or phone but I
can suss it when it is in front of me, if it was’nt for Mac, I would never
have worked out Microsoft.

“…anybody know the address of lightweight earphones I can buy
online?”

Buy the cheapest earphone you can get from any drugstore – don’t bother
with Apple’s, far too expensive.

“Is there the equivalent of ‘Word’ document that I can download for
Ipad?”

Apple’s own ‘Pages’ is pretty good.

You can download it from the Apple App Store, but as gladiolys says, you
need to install iTunes on your PC and use that to back up your iPad for any
purchases, in case of accidental loss.

It’s made by Apple, which means it is totally incomprehensible to anyone
who hasn’t had their mind control implant.

I know you were given it, so you can be forgiven. Hang on until Windows-8
tablets appear, (’cause Google are getting almost as totalitarian as Apple
with their rapidly fracturing Android OS) and then you’ll have something that
doesn’t require you to put rose-tinted spectacles on every time you (try to)
use it.

I used to say “Bring me the head of Bill Gates” [vision: St John the
Baptist and Salome … ] as a wish whilst I was working with a big team and
everything computer-related. Microsoft, PC … every new version worse and
more heavily bugged than the one before … pardon me … uuuurghh …
I’ve
been “Apple” for some 20 years now and do not even touch the one PC, which
is for my accountant exclusively

1) Write a letter to Matt or SadButMad with information for blog.
2) Ask
them to ‘scan’ and ‘upload’ it.
3) Await richly illuminated scroll in reply
from Gildas.

PS – The wig’s great, as are the pearls, but why have your stripes morphed
into leopard spots? Is this a side effect of the medication?

I am afraid I cannot be of assistance on matters technical as you know.
Indeed today I attempted to purchase a 3G Blackberry Curve from Tesco Direct.
With my mastery of the internet it appears I have ordered two! And as we speak
my present mobile is making baby crying noises. I know not why. As for natural
disasters one can only say Ed Balls and Ed Miliband (or perhaps unnatural
disasters). More importantly good to see you post again
G the M

This link will tell you how to change language
-http://www.trickyways.com/2010/04/how-to-change-ipad-language/. Mail is the
email system provided – should already be installed. Pages for ipad (app)
allows opening and writing of word docs http://www.macworld.com/appguide/app.html?id=458360. Wireless
internet only on ipad, but you can connect via bluetooth through your phone or
another computer which has bluetooth and network access. Hope this helps.

I’m only a modest computer user Anna but this has been my experience:

Unfortunately, iPads, brilliant though they are, need to be set up from a
computer, through the iTunes programme. You can’t use it straight from the box
without setting it up first. Once you have done that, your mail accounts will
be synchronised and you can access them through the mail icon. If you are
using iTunes on your computer in English, I would imagine it would synchronise
your iPad to use English. You can also access apps through the iTunes store.
You’ll be able to download Pages as an app which is used for creating
documents. but you’ll have to pay for that. You can use any standard
headphones/earphones with it so check out your favourite electronics website
or alternatively, the Apple store online.

I don’t know if you have 3G/Wi-Fi or Wi-Fi only iPad, but you can access
the web wirelessly but not through a cable. You can charge it by USB off your
computer, or directly from the mains if you have a plug adapter, but I don’t
know if you can charge if off the USB hub.

Once it’s set up, you’ll love it. Until then you’ll scream and I imagine
you might be bored with that. Could Mr G do it for you at home overnight?

Oh.. and an idea for some drivel to bash out: what do you think about
fashion being an approved subject for discussion at the forthcoming
Conservative conference? Made me snigger…

“You can charge it by USB off your computer…”

Ah. Not always. I can’t charge mine via PC, there not being enough power
via USB. This despite the PC being pretty new!

My iPod (not iPad, but probably the same principle) needs to connect to
a usb socket on the computer itself rather than on,say, the keyboard, to
charge up.
Not all usb sockets are powered.

Oh, it’s powered, and happily charges my iPods. It won’t charge the
iPad, though.