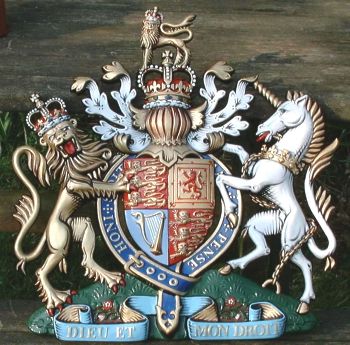 The Magistrate’s Court is one of our oldest institutions, the very embodiment of Cameroid’s Big Society. The devolvement of power and responsibility down to grass roots level.

‘Good and Lawful’ men have been charged with objectively determining our welfare and good conduct for nigh on 1,000 years.

‘Welfare’? Yes, until relatively recent times, the Justices of the Peace also governed the country at a local level, setting wage levels, controlling services thought necessary for our welfare – they still do today, hence their responsibility for deciding by whom and when we may be sold alcoholic beverages.

They were, if you like, a secular court, a court of public morals, linked back to the Anglo-Saxon Moot courts, to whom fell the duty of deciding what was acceptable behaviour according to the law, and what was deemed to cause a breach of the King’s Peace.

Their duties have risen and fallen over the years, but even today, 95% of those who are alleged to have transgressed the law come first before these untrained but worthy and honourable local men and women entrusted with the task of objectively sorting fact from fiction in the matter of our behaviour.

They are aided these days by a legally trained clerk whose duty is to advise them on the law to be applied and the extent of their powers.

The Magistrate’s Courts are not ‘teh evilz state’ come to oppress us, nor the province of slick silver tongued barristers who tie us in knots – but the embodiment at a very local level of maintaining peace between squabbling citizens in an overcrowded world.

How utterly depressing therefore, that the very first place in which an example of alleged contravention of the insidious Bribery Act 2010, in force a matter of days, should occur is not in the expected far reaches of million dollar arms shipments, or amongst our scrofulous MPs – but down in the humdrum world of the Magistrate’s Court.

Munir Yakub Patel is due to appear before Southwark crown court on 14 October to answer the charge under section two of the Bribery Act 2010, for supposedly “requesting and receiving a bribe intending to improperly perform his functions”.

Patel, Clerk to the Court at Redbridge has become the first person to face charges under the Bribery Act. The Sun newspaper filmed a man, alleged to be him, accepting £500 to keep a motoring offence off the legal database.

It is easier to believe, if not sanction, that those at the top of the greasy pole have become corrupt and profligate – many temptations come their way.

Facing the truth that within the doors of that ancient institution, the Magistrate’s Court, lurk individuals who live amongst us, represent a class of people held up as examples to us at a very local level, yet have no higher standards in life than the people they are appointed to regulate is both depressing and degrading.

The very definition of what we used to term a ‘Banana Republic’.

Not found guilty yet, Mr Patel, but if you are, I shall abandon hope for Britain. You’re on my watch list.

Remind me, do fish rot from the head or the tail first? Welcome to Britain 2011.

A couple of errors I’m afraid. Licensing of alcohol was take off the
magistrates by the Licensing Act 2002. Now done by local authorities.

Magistratesd are trained in their duties.

…though you could sometimes be forgiven for thinking otherwise…

A small – but important – correction. The Magistrates Courts no longer
issue licences for the sale of alcohol. This duty now rests entirely with the
Local Authority.

Thank-you Simon – I stand corrected. I thought that was the last vestige
of the ‘care of welfare’ angle.

They still sit as Family Proceedings Courts, Anna. Care proceedings,
residence/contact matters, etc. That might be considered sort of
welfare-y, I guess.

It’s truly impressive the conclusion which some people can draw from a
sample of 1.

There’s only one guy named in the story. Who else is charged?

And, incidentally, I think he may be an admin clerk rather than a
Magistrates Clerk (or Magistrates Legal Adviser, as they’re called these
days). If his age is correct in the story, he’s too young to be a
qualified lawyer, unless he’s some kind of Doogie Howser child prodigy.
And you need to be a qualified lawyer to be a clerk.

I think you misunderstood me. No one else was charged; I based my
opinion on declining standards in the world of both ‘good’ and ‘lawful’
men in the world of magistrates courts, on a sample of two. The other
one is unworthy of further discussion.

Oh, I see. I don’t know who the other one is, so I can’t really
comment, I suppose.

My comment was more directed at the various people who concluded
effortlessly that his race and/or his religion was a necessary factor
in his alleged offending. Obviously, the fact that we don’t know his
religion means we’re technically dealing with a statistical sample of
zero, so far as that issue is concerned.

Right, If so I agree with you totally. No reason at all why
religion should be a factor.

Isn’t it just. What the hell have we let into our midst? Or rather, what
the hell have the politicians forced upon us?

You mean corruption not profligacy.

Depends whose definition you use. The ever reliable Roget gives:

so corruption is moral , whilst profligacy isn’t ?

This is more a case of ethnic particularism than the religious variant:

“Asked if he had illegally cleared drivers’ convictions before, he said: “I
do them all day long… all day long. Only Asian brothers. I don’t touch
no-one else. ”

I’ve a feeling a saw a Sikh name involved in one of the earlier reports too
– either as an accomplice or as a prospective customer.

Ha – just as I thought (see above comment). So effing predicatble.

Um…you thought he was a muslim. You even thought a specific tenet of
the muslim religion (which was about concealing one’s faith in
circumstances where it would be dangerous to do otherwise), was at the
heart of his alleged offending. How is the fact that he’s doing it for
ethnocentric (rather than religious) reasons, and seems likely not to be a
muslim at all consistent with it being “just as you thought”?

Seriously – get real. Do some reading – understand what you’re
dealing with and then come back to me.

I’ve done some reading. Specifically, your posts. And it seems that
what I’m dealing with a sad and rather angry man.

You are correct, it is race not religion. Why despair for England Anna?
What has Mister Patel to do with England? He is Asian.

His culture is a construct of his race. To leave his culture behind he
would have to leave all of his DNA behind. You English do not need to
shoulder the responsibility for the behaviour of Asian people in
England.

My take on the Magistrates court http://patnurseblog.blogspot.com/2010/10/god-and-my-right.html

I think it is far removed from its foundations and roots of being tried by
peers. Now it’s mainly a tax collecting exercise.

Well he’s a fracking Muslim – what do people expect? Corrupt to the core
and with zero respect for England and its institutions. No bets on the person
he was ‘helping’ was a fellow parasite.

I don’t think his religion has any relevance, I’m not aware that the
Koran approves of theft and dishonesty any more than we do.
However,
having your roots in a culture which doesn’t historically have the respect
for law and order that used to exist in England may well do so.

You’ve hit the nail squarely on the head there Anna. I fear this won’t
be an isolated case (allegedly).

Anna – with all due respect I take it you do know of, and understand
the concept of, taqqiya? It is totally relevant to the religion of this
interloper.

David,
I hadn’t, and am indebted to you for the furtherance of my
education.
That’s what I love about this blog – I learn something new
every day.
I can now see the possibility of the application of
taqqiya, but don’t understand how it could conceivably be stretched to
permitting corruption in a Magistrate’s court. Maybe I need to read
further.

As a Patel, he is almost certainly a Gujerati and therefore
Hindu.
The chance that he was bribed to aid a fellow traveller does
however approach 100% as such bungs are common in the said Gujerati
community.

Where is it confirmed that he is a muslim?

BTW; This ‘Taqiyya’ – sounds like the EU have embraced (modified)
it for their latest ‘scam’ namely the ESM, allegedly.

Patel is also a muslim name – I had a landlord named Patel who was
muslim. Munir is a muslim name – it’s Arabic. I have a Hindu friend
who is Gujerati and he confirms this. I’m afraid, despite some people
here not wanting to face reality, that this is the religion of peace
in our midst ,once agaian sticking two fingers up to our country, our
culture and our beliefs.

This sound more like another Indian/Middle eastern cultural
tradition. That of Baksheesh.
http://en.wikipedia.org/wiki/Baksheesh
Probably the
only reason he offered his services to his “brothers” is that most
English people would not even know how to start bribing an official.

It can also pay well to be a parish councillor if it eases the path for
certain developments. The County and District Coucillors (of all parties) are
no better (with honorable exceptions).

Unfortunately, while it probably used to be 10 to 1 good to bad it is fast
approaching 6 to 4.

If Mr Patel is Guilty they need to throw the book at him. For bribery there
is definately a risk/reward calculation made by the recipient and stronger
sentencing on this would be very wise.

It all goes to show that we have the best judicial system that money can
buy..