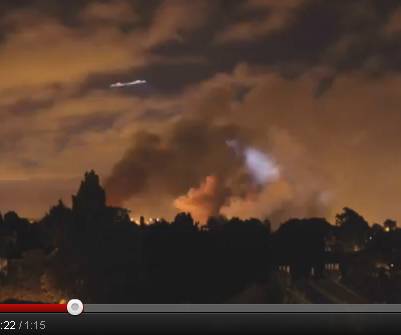 Time lapse shot as the fires burned into the early morning over Tottenham.

According to a comment on Youtube from the author, it was shot on a Canon 7D using Canon EOS utility. 2.5 second exposures about every 3 seconds.

I wonder if Channel Four are still going to show that advert of theirs with
street kids and police helicopters hovering overbove.

A rare voice of wisdom about the riots from youtube . (NSFW)
http://www.youtube.com/watch?v=nxNWBjdGgLY

Just add some new Olympic events: looting, rioting & arson â we might
actually win some gold medals (although the winners might be mugged for
them).

The 100 metre excusing of thuggery

The high-jump to conclusions

The breast-stroke beating about âpovertyâ

Cool. And I agree.