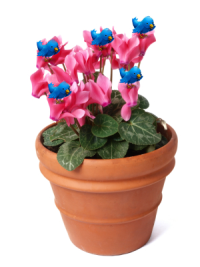 I have been a little distracted from blogging over the past week by matters temporal, but have been keeping my eye on the lawless, crazy and often profane and sometimes witty World of Twitter. Below is a random selection of those tweets which particularly caught my eye over the past few weeks. There is little surpise that the scabrous and sometimes scanadlouss wit of Old Holborn features prominently, my thanks to all who have shocked, entertained, provoked and informed. I recommend all the contributors and hope they enjoy even more followers.

Enjoy and, hopefully, as I believe is  a customary exultation on Twitter: *Snork!*

Old_Holborn Old Holborn â Slept like a baby. Woke up screaming twice and shat myself

jacques_aih jacques_aih â When it comes to prehistoric man, Iâd be the one who just wandered round aimlessly. #TheMeanderthal

Old_Holborn Old Holborn â Understand this. When you kill innocent people because you believe you are right, you are wrong.

jacques_aih jacques_aih â Iâve just made my wife bubble and squeak. Itâs all in the foreplay.

_Enanem_ Neil Mawer â My wife is going to a fancy dress as a Rastafarian tonight, sheâs asked me to do her hair, Iâm dreading it.

lilpwoppa Michelle â Iâve got crabs! I just donât get it. I havnât been to the seaside in ages.

TheBathBird The Bath Bird â Totally forgot to get an end of year gift for my sonâs teacher. So heâs giving her a bottle of Hedrin Once, louse killing gel.

Twistedlilkitty Maria â Life is, at times, a never ending series of jokes in which I appear to be the punchline.

ryleigh_youtwit ryleigh_ â Vodka is best for making me feel flawless and my panties feel crotchless.

lizzysometimes elizabeth oâconnor â I tell my husband that twitter is work related. It is the same lie as buying something in a sale to âsave moneyâ.

Old_Holborn Old Holborn â RT @MelodyMetcalf: What do we want? More surrealism. When do we want it? Dolphin.

Old_Holborn Old Holborn â BRING ON THE MEDUSA!! [On the apperance of Rebekah Brooks before the Commons Select Committee]

No comments â¦? I love [hm .. appreciate …] most of them and will pass
them on