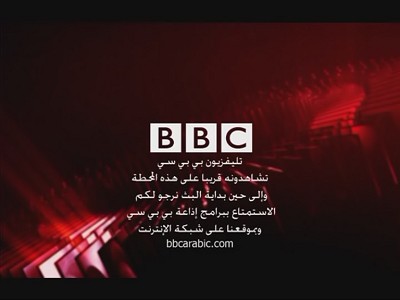 This will be fun!

NUJ members at the BBC have today started a second 24 hour strike action against compulsory redundancies.

A work to rule will start when the BBC journalists return to work on Tuesday.

We can engage in a little speculation as to what âthe Rulesâ actually are.

1. Thou shalt automatically provide repeat showings of any âsuicide bomberâsâ last thoughts on video as to how its all our fault that they decided to kill innocents, whilst repeating like a mantra that it is quite right that the Norwegian authorities protect us from the thoughts of any âright wing nuttersâ like Anders Breivik.

2. Viewers should be exhorted to remember the âwider issuesâ, accompanied by pictures of Gaza flotillas, if it is absolutely necessary to discuss honourable terrorists who happen to be Muslim.

4. Please remember that âSavage-cutsâ is one word. You should not pause for breath at the hyphen.

A special bonus to any reader who scores eight out of ten (accompanied by video clips please) of the rules in action tomorrow.

Abandon any sceptical thought when any CP functionary/ Obama/ Hamas/
Hizbollah holds forth. Scepticism does not become a post-modern
journalist.
Belief trumps reality. A fatter salary will be your
reward.
Always trumpet extreme predictions without giving the predictive
value, probability is a right-wing construct.

Has Robert Peston been on strike? I hope so. I did feel much better than
usual yesterday. Perhaps he can be permanently decommissioned? (Hint!)

â evening, Sir Saul. As always thou hittest the proverbial nail on the
proverbial head. Jest thy not. Cordialement, ChÃ¢telaine.

All reporters must have a degree in â¦

Always deliver reports in chatty âBlue Peterâ style so that the audience
can feel âengagedâ and jolly rather than realise they are being
brainwashed.

Worst one at this style is Charlie Stayt. His questions are so long and
rambling that he answers most of them himself. He should go back to being a
barman where he can bore the pants off drunks.

I thought âseniourâ meant âin charge but actually one of usâ. Heâs the
guy that gets the brazier and coal organised and works out the rota.

And just to be on the safe side, all BBC personnel will, of course be
subject to the bloc vote rules as laid down by the enlightened and
âprogressive TUC.â Seniour management will deliver the votesâ¦

And Mark Mardell is not a fat, lying gitâ¦

Thou shalt wheel out the usual âexpertsâ on Newsnight from Chatham House,
Demos, The (Doesnât) Work Foundation, The Royal Untied (sic) Services
Institute, and every other Fabian-controlled quango in existence in order to
drip-feed distilled droplets of wisdom to the bovine and impressionable
masses..

Call everybody on the right â Far Right â. Recognise that nobody, but
nobody is on the left or, God Forbid, the Far Left. In fact the Far Left does
not exist. None of our friends are on the far left â we all exist in the
centre.

1. As often as possible we must interview other âjournalistsâ from within
the corporatioln to ensure as many as possible are âgainfully employedâ. If
one cannot be found at the source of the story, find one as near as possible
and get him/her to relay what real journalists are reporting.
2. If Peston
has an opinion it must be transmitted regardless.
3. Balance Balls with
Cooper.
4. If itâs in the Grauniad it must be gospel.

Any information on climate will be ignored unless it supports the Warmist
agenda (& therefore protects BBC pension investments).
E.g., NASA
recently released the results of satellite accurate temperature analyses,
showing a much reduced linkage between CO2 & warming. The BBC did not
report it at all. I emailed them to ask why â no reply. Quelle surprise!

âAs a governor of the BBC I promise to do my best to ensure that the
British people are educated in the enlightened views of the liberal
metropolitan intelligentsia. For if we are to create the new Jerusalem in
Britain our way is the only way. In short I promise to do my best to keep
holding the British public in contempt, and in doing so to spend as much of
their cash as possible.â

âAs a BBC producer I promise to do my best to make every studio audience
for Question Time and every guest on Newsnight 5% conservative and 95%
everyone else.â

Very good, but you missed the bit about ensuring that Marcus Brigstock
and Billy Bragg are on air to provide inane left wing âbalanceâ , on
subjects about which they know nothing, at least once a week.

That might be because no one wants to be seen on the same programme?

The Register has the answer to Ed Balls: Truck Nuts

Man-made carbon dioxide is causing the world to heat up alarmingly, and
weâre all going to fry.

Multiculturalism will save the world.

(P.S. Now the good news â the Test Match Special team are not on
strike.)

I think the TMS team were enjoying themselves over the past few days,
they wouldnât want to strike until itâs over because of what it would
otherwise cost them to pay to watch. England were taking the piss a bit this
morning with the tail-enders putting on 80 in the first hour, after
yesterdayâs Hokey Cokey session.

Just learned that Richard Bacon is not on strike. *Sad Face*

If thou art Richard Bacon, thou shall endless refer to your âcelebâ friends
by their in crowd nicknames, quite improperly interrupt guests, just announce
everything with hyperbole, and allow thine own personal scepticism and beliefs
to come to the fore, thus causing me to SWITCH RIGHT OFF.

I am afraid this type of industrial action causes me massive inconvenience.
NOT. As Old Holborn might put it: âBBC Journalists! Media Consultants!
Diversity Managers! Please strike all you like! It saves the State money!â

One is still kicking as proof of alivenessâ¦â¦

Good one Paul, I shouldnât have missed that oneâ¦â¦

Do as we say, not as we do. And keep giving us your money or we will throw
you in jail.