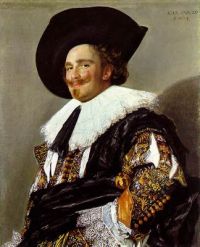 In the past couple of weeks I have written a series of articles on the New Puritans on my blog â these have been aimed more at understanding than at castigation. We have to appreciate that these people are not bad people but that they believe absolutely that the role of public health is to change behaviour:

âThis should be mainstream agenda. This is not an add on , this not the responsibility of a single professional group, the new public health is what we should be all about and move way beyond this set of current reforms and into seriously addressing these issues of behaviour change.â

Your behaviour, my behaviour, the bloke next doorâs behaviour are all to change so as to meet the requirements of proper behaviour. And this proper behaviour is not about swearing, politeness or refraining from sleeping with fallen women but about what we consume â our food, our drink and, for some, our smoking. The purity being sought by the New Puritan isnât the purity of Christian faith that past Puritanâs sought but a purity of living â the temple is our body not the church of Christ.

Are health educators the new puritans? Yes, of course they are. They would cleanse and purify the new religion. The new religion is a paltry faith. It is worship of self.

And with this desire to perfect mankind comes an associated accountants dream â that tallying up of the cost to âsocietyâ of this bad lifestyle.

Unhealthy Britons are costing the NHS, employers and themselves Â£17.7 billion every year through their lifestyle choices, according to a study by health insurance firm Bupa. And obesity, smoking and excessive drinking could cost us all Â£33 billion by 2025, unless something is done.

Against this New Puritan onslaught there is little challenge â most of us start from the premise of âso whatâ when these dreadful figures are pointed out to us. We respond to the accountants by pointing out that those smokers and drinkers pay plenty in extra duty and VAT and tend to die younger â more than making up for the extra cost of their bad lifestyle. But this counts for nothing since the object of veneration is not the NHS budget but the perfectible human body, the temple of hubris.

And our anger is not co-ordinated or directed â smokers rail against the ban on indoor smoking unsupported by groups like CAMRA who, we hope, will die in the ditch to halt the New Puritan assault on drinking. We turn to those who make the products and find that they quite like the restrictive environment â one where business entry is hard and the resulting oligopoly contributes to higher profits:

Diageo wants to see âfull equivalenceâ between all kinds of alcohol, so that one unit is taxed at the same rate, regardless of the drink. The strongest drinks would therefore pay the highest level of tax. Diageo is proposing the move as a way of staving off political pricing on drinks such as alcopops and strong cider, targeted by health campaigners for encouraging binge drinking.

So we arrive at the point where an ill-directed bunch of people connected only by a preference for personal choice and liberty face the huge New Puritan faith backed as it is by large amounts of taxpayersâ cash and the subventions of self-interested multinational businesses. And it is no wonder that, in response to my description of the New Puritan world one commenter had this to say:

The ideological struggle in Anglo nations has been between roundheads and cavaliers since Cromwell and, the puritan faction are now in the ascendant again. But I fear that sitting back to wait for them to self-destruct isnât going to work. They have never done so in all the preceding centuries. If there are internal contradictions to Puritanism, it hasnât stopped them so far. We do need to raise an army, of an ideological nature. These people will not stop on their own. They have to be stopped.

Hence this call for New Cavaliers, for a troop of people to take on the army of the new Puritans, that army threatening our leisure and pleasure, that would restrict out freedom and our choice. We should heed the words of John Wilmot, Earl of Rochester:

But thoughts are given for actionâs government;
Where action ceases, thoughtâs impertinent:
Our sphere of action is lifeâs happiness,
And he that thinks beyond, thinks like an ass.
Thus, whilst against false reasoning I inveigh,
I own right reason, which I would obey:
That reason which distinguishes by sense
And gives us rules of good and ill from thence,
That bounds desires, with a reforming will
To keep âem more in vigour, not to kill.
Your reason hinders, mine helps to enjoy,
Renewing appetites yours would destroy.
My reason is my friend, yours is a cheat;
Hunger calls out, my reason bids me eat;
Perversely, yours your appetite does mock:
This asks for food, that answers, âWhatâs oâclock?â
This plain distinction, sir, your doubt secures:
âTis not true reason I despise, but yours.

We are not placed here to serve some masters â be they kings, presidents or some collectivist concept of government â we are here to consume natureâs bounty. Yes we must work, we must create but this is purposeful only in that it allows us to consume, in that it permits us our choice of pleasure. So we must resist those who would have us join the Church of Public Health, expose them as â in Wilmotâs words â thinking âlike an assâ concerned with something beyond happiness, beyond the idea of pleasure.

So what should we do? Here are a few thoughts â feel free to add to them:

All these actions are done without any disobedience, without breaking the New Puritanâs rules. But there may come a point when disobedience is necessary, when we must challenge the orders that allow police to confiscate drinks for no good reason, must protest at stupid smoking restrictions such as those on windy station platforms and must challenge the lunacy of licensing decisions that mean you can drink outside on a fine summerâs evening.

And we must be loud about all this â intolerant of those who tell us to shush because they disagree or else donât want a row with the New Puritans. My friends â my fellow cavaliers â get that feather in your hat, straighten the beard, dust the ruffles on your shirts and raise your sabres in the charge. We are going into battle â a battle we may lose but would we not rather lose a real battle for liberty and choice than sit idly by? And find ourselves thinking, âmaybe I should have said or done somethingâ, as we sip slowly at the half-pint of beer that the Governmentâs weekly ration allows us? To look up from our approved low calorie, trans-fat free veggie burger and ask ourselves, âhow did we let this happen?â

Simon Cooke â Cross posted from  The view from Cullingworth

UPDATE: There is more over at Dick Puddlecote blog

Stop all this bickering, fellow work units. Listen to your betters and do
as you are told. Remember also to pay your taxes as your betters have some
inspiring plans. Now, back to work!

That bloke with the funny moustache had the same ideaâ¦

ââ¦. My friends â my fellow cavaliers â get that feather in your hat,
straighten the beard, â¦â
â¦â¦â¦â¦â¦..
Feather in hat â check
Beard
straightened â that might take a bit longer â¦.

Iâd like a new Cavalier, they were great cars. I had red a 2.0 L and it
went like stink and you get three in the back if you know what I mean!

I had one once as well, but the three at the back were pushing it!

Thought provoking, a call to arms! I have often observed the amazing cross
fertilization between Nu Labor and the âPolitically Correct.â They do indeed
seem to embody the essence of a kind of Puritan proto fascism, banning
Christmas (albeit on different gounds), cheese rolling, conker playing and
smoking in pubs and so forth. But to be fair, like the Puritans of old, they
have a high work ethic. And the Cavaliers lost, of course, for good or
ill.

True, the Cavaliers lost â but only for a while. In the end, the Puritans
were thrown from power. The King was reinstated (well, not the original one,
seeeing as heâd lost about 9â³ in height), and weâve all lived more or less
happy ever after, bestowing many gifts upon the world; parliamentary
democracy, the rule of law, industry, steam engines and smog â though not
necessarily in that order of importance.

Yes â truly the Cavalier spirit triumphed, and it will triumph again.

The original one had his height lowered by an ancestor of mine!

Congratulations! You should be mighty proud of than ancestor.

Good point, there is hope after all! Vive le Restoration! (Is that bad
French or what?)