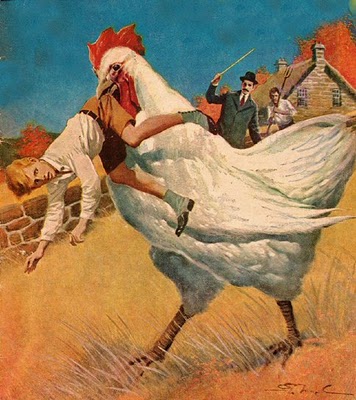 This is the third piece I have written for this blog. It is the second concerning dead children. I hope and trust this is no reflection of my own interests, regrettably however it does seem to be a reflection of other’s.

I shall return to this point.

Recently, Ed Milliband drew comparisons between the expenses scandal, the banking crises and ‘hackgate’. I sense the primary similarity is that all the events and offences happened whilst the hypocrite’s own party was in office. A second is that in all three cases the wrong questions were asked, the wrong people were blamed and the wrong outcomes were sought and found.

Perhaps though it is naive to blame those seeking to make hay as The Sun burns. Never let a crisis go to waste as they say. For the bandwagon jumper extraordinaire this was certainly too good to miss. In fact in his position, standing on a ledge waiting to be shoved off by colleagues, it was an open-topped bandwagon carrying feather mattresses and pillows and passed under him with miraculous timing. Impossible to let go for such paltry reasons as honesty, consistency or avoiding false moral outrage. So perhaps Ed cannot really be blamed. What is clear however is that his efforts and those of the BBC are only coherent in their partisan ambition to kill their enemies.

At the time of writing I am still unable to discern what the real issues are and where the real blame in this debacle lies. I do though know that none of it has anything to do with ‘breaking up the Murdoch empire’ or BskyB takeovers.

However, in amongst this rapidly moving and disparate mess lies indications of another sad aspect of our culture that has not yet been mentioned. I have begun to wonder if I am the only one thinking about it. Namely the sickening sale of the stories of dead children and the details of their grizzly end.

I accept fully that the parents of Miss Dowler endured the deepest conceivable pain and torment and that they and the memory of their daughter deserve nothing but the highest consideration.

I also accept that a crime is a crime. The fact that a smack addict has what is essentially a disease, a physical disorder, it by no means excuses his attempts to have away with the contents of my home or car. The desire to make money giving people what they want is not justification for intercepting their private communications, let alone tampering with them to the point of affecting a police investigation. THE STAFF AT THE NoW ARE TO BLAME.

If a journalist does something somewhat shady in the exposing of corruption in business or government, he wins prizes. Do it to millionaire movie stars and many will turn a blind eye because they are sure the victim will be comforted by their riches and notoriety. But to missing and dead children? Well that can bring down a 168 year old paper in the first week alone and this scandal has many more weeks to run.

So why did they do it? I accept that we are not speaking of the most moral members of our society when we speak of a red top newsroom, but what could drive them to such stark levels of moral vacuity?

In short, millions upon millions of pounds.

I don’t recall exactly when it started. I think a whole summer of Sarah Payne on the front pages in 2000 was when it first became transparently clear to me. It felt part of the growing economy of grief, from Diana to Dando there was a growing air of the mawkish lingering on death. Yes, if it bleeds it leads, but should it lead for as long as it is relevant and informative or for as long as it sells?

Soon it had become an almost annual ritual, or rather for the papers, a bonanza. And you can NEVER criticise it. The economy of grief meets the tyranny of grief.

In 2002 the Soham girls fitted the bill and again the column inches were relentlessly filled. Their coverage started to confirm something else, simply that the cuter the kids the bigger the splash. Children are murdered by their parents or close relatives almost daily, but that doesn’t scare us. Presumably little black or Asian children are also murdered, but they will be forever doomed to the inside pages.

Then in 2007 the press hit their motherlode, a photogenic and achingly cute little girl with presentable and articulate middle-class parents. To top it all, she was missing and only probably dead, the endless coverage could be pushed out under the guise that it all helped in the search. That was when things truly jumped into the realms of the utterly grotesque. The poor and beautiful face of Madeleine McCann adorned the front pages almost daily for almost a year. Popes and First Ladies were dragged in, Prime Minister’s lent their weight and the press stretched every fibre to find excuses for any form of coverage.

It was during the McCann case I witnessed the single most cynical headline I have yet encountered. There, months after she went missing was a red top with her photograph on the front and a headline taking up half the page which stated “Maddie Body Dumped at Sea”. Below in the small text was the explanation that a nameless source in the Portuguese police had speculated such. Yes that is right, months after somebody goes missing from a seaside resort and a rigorous search had found no body, it was considered worthy of an entire front page to postulate that perhaps the body was in the sea. It was not newsworthy, nor helpful, nor important, merely a cynical attempt to drain as much money as possible from the presumed horrid fate that befell that poor girl. And Britain still lapped it up.

The tragic case of Milly Dowler’s 2002 murder was simply another in this long line.

This trend is not about saving children or solving cases, it is pandering to an ugly part of our nature. As depressing a factor as any in all this is that the selling of dead children is dressed up as being laudable, a public service. Laudable? The net result of the News of the World‘s paedogeddon was that some bingo-winged Neanderthals managed to taunt a paediatrician. (Did they think the sign on her office and letters after her name were indications of her senior and qualified standing as a nonce?).

WE buy this rubbish and WE provide the enormous financial pressure to seek scoops from the families of dead children. WE do that.

To return to a drug analogy; there is something slightly amiss about those who speak with passion and moral indignation about fair trade and then happily throw cocaine up their nostrils. We all stop buying it and a whole load fewer Colombians get murdered. No, you might not beat the farm hand and you did not murder their gang rivals, you might even have a strong desire to buy your stash from a licensed and reputable source, but for as long as you are willing to hand over your £50s to a dealer near you, you are providing irresistible financial imperatives for other people to screw up half a country at the production end. They are not innocent, but they wouldn’t do it without cause.

Perhaps in all this finger pointing and moralising it might be sensible for us to take the time to look to ourselves, to what we pay for and to what the logical pressures and implications of this sickening curiosity really are. Instead of acting like a stray hand has been shoved up our petticoats, perhaps ask why these people felt it was necessary or acceptable to do so. To feed the beast that is our appetite for the horrific,disguised as the caring. A uniquely British habit.

Or more likely it will be just another weapon in the political hackary of the shameless.

You get the press and the politicians you deserve, and it seems the mawkish and horror addicted British public deserve no more than the squalid, shameless, soulless and amoral detritus whose faces currently remain plastered across the front pages of their own product.

I assume these tabloid-reading sub- humanoids are the same ones who cause
traffic jams by gawping at road accidents. Grrr.

Men Of No Appearance, maybe?

As for the other two – not a scooby.

Nor me! John, elaborate please.

Old Slaughter, great post and I wholeheartedly agree, trouble is you have
to be careful where and when you say it (which I guess is part of the same
problem!)

Even with the clarification, I have not a clue what you are on about.

Ohhh, guess the acronym, my favourite!

Religion of Peace was easy enough but I must admit that I too am baffled
by HL&TG. Even cheating via Google and Urban Dictionary was no help.,
assuming you are not referring to a High Level Task Group…

This is a wild stab in the dark but did you actually mean LGBT?

It is a sort of Parkinson law. You cannot say anything about the ROP, the
MONA , the HL&TD, etc etc. So being salaciously rightious about children
is about all that is left.

Not to mention the parents cashing in with book deals.

I haven’t bought a paper for decades. It’s not a principle thing, I just
don’t trust them. I occasionally see one, but I try not to. I sometimes wonder
if perhaps I should, though.-

Even if the news was all complete fabrication, it would still be useful to
know what others believe is going on?

But I can count on JuliaM to keep me up to date with the worst excesses.

Sadly, I never seem to run short of material..

Thanks for writing such an excellent revealing piece.
I get sick at the
hypocrisy of everything I see related to these events that you mention. The
only way that these papers, and TV can do this sickening things is because
hypocrites buy into it.
I got rid of the TV aerial a few years ago, and I
don’t buy newspapers.

Thanks guys. Means a lot actually.

What do you mean WE paleface?

I do not buy the tabloids. I rarely buy a broadsheet. Why? I find
celebrities and dead people boring.

I originally wrote it with much more ‘you’ and ‘them’, but I figured a
bit of collective responsibility was in order. Should have known better on
the premier libertarian blog!

Excellent post, but I have to quibble at this:

“The net result of the News of the World‘s paedogeddon was that some
bingo-winged Neanderthals managed to taunt a paediatrician.”

No, it isn’t. Or at least it isn’t entirely.

It’s murky, that’s true. But it’s pretty clear that it certainly isn’t
a clear-cut case of ‘rampaging mob hounds out child doctor because they
confuse her with paedophile’…