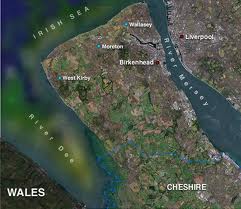 Although libertarians are instinctively distrustful of any organisation seeking to make decisions that will affect their lives, it is obvious to most that all kinds of communal decisions do need to be made and the authority to make them has to be invested in someone. What is important is that decision making should happen at the lowest possible level and most of the worst decisions occur because they are made in the wrong place.

A decision at EU level as to what shape of bananas my be sold is clearly ridiculous as is a Parish Council voting to free the citizens of Gaza. But how do we determine the correct place for each type of decision?

Well, this is currently decided by the Government of each nation state. They may delegate some of these decision making powers upwards, to supra-national institutions, or downwards, to local government, but the authority as to where decisions are made ultimately rests with them. The national government has control of the means of violence within its borders.

I have argued elsewhere that we can never hope to have a UK government that is libertarian but one of the ways in which I believe libertarianism can progress is to understand that fact and work for change from below. It is much easier, for example, to influence a local council and itâs policies than it is to effect national change. And in the UK there have recently been examples of Local Authorities who have proposed the complete dismantlement of the local Council bureaucracy and the outsourcing of all services.

Of course the impact of such on our individual freedom can only ever be limited- the real power remains with Westminster who can tax and threaten us with impunity.

their mandate to govern is notionally based on democracy- they have the right to oppress us because we voted for them to do so.

And this apparent strength may also be their weakness. Because, when the recent SNP successes suggested the possibility that the majority of Scots might wish to govern themselves, the UK government had to agree that, if that happened, they would be allowed to do so.

So what would happen if the majority of citizens in another location demanded to be able to govern themselves? Would the stated belief in the infallibility of democracy not dictate that they should be also be allowed to do so?

But how could this ever happen? Why would people ever vote to leave the relative safety of the UK state? There are, after all, many more statists than libertarians.

There is a simple answer to the above. It could happen if the voters in a region could be shown, clearly and unequivocally, that to vote to secede from the UK was indisputably and massively in their personal economic interest.

And it would be.

The rest of the story is at wirralfirst.org

Seems they have few policies up so far.

The problem with this type of separatism stopping the flood of people to or
from the Wirral if things go really well/badly. Unless you issue your own
passports, citizenship, border controls then you will find yourself just
competing with the rest of the UK without the advantages of being able to
borrow huge amounts of money to support your economy.

I would like to see Cornwall, Wessex, Mercia independence just to see what
would happen â I suspect though it would not end well.

âIndeed, although we are physically attached to the rest of the United
Kingdom, Wirral is no less geographically distinct than, say, the Isle of
Man.â

As a wirralian myselfâ¦I am not confident that anyone who does not know the
difference between a peninsula and and islandâ¦or does yet insists they are to
all intents and purposes the same thingâ¦knows their a*se from their elbow
either.

Still..on the offchance this may ever come to pass and I may still be
resident at that pointâ¦Iâll have a shufty through the policies.