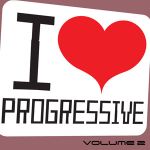 What would happen to a company if it was run the same way a state is run on social progressive lines? A progressive state where equality actually leads to greater inequality; where fairness leads to unfairness; where justice means injustice; where liberty means tyranny and oppression. For emperical evidence of this just think back to the years that Labour were in power.

With many thanks to TradeTools.com of Australia for the original inspiration. Mucho kudos to a company that isnât afraid to stand up against the might of the state. Unlike many other companies that are in the pockets of the state or donât dare say anything because the state controls them too much already via bureaucracy and regulations and red tape.

A strange sprinkling of âtheyâ in the article.

It starts of amusing, but losses itâs way. Most of us know that the state
is to big, but look at the legal challenges over just cutting back on library
services, or the right of a pensioner to have someone sit with her all night
in case she needs the toilet (because adult nappies are demeaning and violate
her human rights â case no heading to European courts).

Just get used to it, Public spending is still rising and the number of
employees are despite short term variations on a general upward trend.

But how is all that paid for? Weâve run out of tax revenues and have to
pay for 25% of it with borrowings, these days. That canât go on, can it?

I canât agree with your entreaty to âjust get used to itâ. If thereâs a
problem, it has to be addressed, and the sooner it is, the less damage it
will cause in the longer term. It isnât written on tablets of stone that the
public sector must do everything; if the budget is constrained, which it
currently is, then the coat must be cut according to the available
cloth.

Why not privately-run library services? You never know â the disciplines
of the free market might revitalise a service, and have more people willing
to pay for the use of it. Or it may turn out that very few people actually
use it anyway.

I donât disagree with you, I would like to see the state slashed to
just security/defence/borders with a few small regulatory bodies.

But even the Tories are not really cutting back the size of the state,
so who will ? LibDems, Labour ? We are tinkering with things such as
pensions, and local services â but how many of these cuts really go
through still remains to be seen, especially with so many being challenged
in the courts.

Is there any party actually a viable party standing on a mandate of
large scale reduction in Public services ?

âBut how is all that paid for? Weâve run out of tax revenues and have
to pay for 25% of it with borrowings, these days. That canât go on, can
it?â

Exactly. Some people just insist on living in a fantasy world.

I donât know how the âtheyâs got in the article. Mustâve been from the
spell checking and I didnât check the spell checking. Thanks for pointing it
out.

But none of that would matter. The company would be permitted to borrow so
much money cross guaranteed by other companies that it could not be allowed to
fail, it would get bailed out â but subject to severe wage cuts

Straw men? Itâs humorous because all of the attitudes and practices are
recognisable.
Someone of the left, or even better someone who dishes it out
to all and sundry,
could equally describe an extreme right-wing workplace,
run with the attitude of WW1 generals operating a policy of â50% casualties?
Quite acceptableâ and industrial relations settled by security guards wielding
pickaxe handles (Walt Disney workplace in the 1930s).
Learn to love satire,
itâs a safety valve (everything leads back to engineering terms, but thats a
separate argument).

Donât forget the drugs and alcohol policy. Itâs now a prerequisite for
those tendering for public sector work in many areas that even office staff
should be banned from partaking alcohol at any time of the day. And that they
should be advised to abstain entirely.

We took our office staff to the pub on petty cash the day we filled that
tender out.

If youâll stop burning straw men for a minute then you might notice that
there are companies which operate on socially progressive lines.

Theyâre called co-operatives and most of the better known ones, like John
Lewis, Mondragon and, of ocurse, the Co-op itself, are doing very nicely
thanks.

The problem is, Unity, that many a true word is spoken in jest. Many of
us have personal experience of workplaces in which things of this nature
have gone on. Many public services, for a start. It may go a long way to
explaining the current state of the public finances.

True enough that there are companies that conduct their business in more
mutual ways than some others, but they still have to make a profit to
survive. The ones that donât make a profit donât survive (British Leyland,
for example, or the NCB â nationalisation, which was supposed to be
mutualality, didnât work).

The public services donât apply budgetary responsibility. If they run out
of taxpayersâ cash, they just keep spending. Thatâs why weâre in a mess, and
it has to be sorted out.

Or the entire civil serviceâ¦