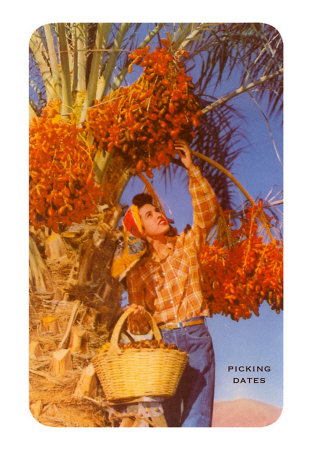 I suspect that the date chosen will be the date it was first announced that Milly Dowlerâs phone was hacked: 4/7 will be the day that the government was gifted a reason to go to war again. This time, the war will be on irresponsible and egregious abuses committed by the press.

As ever, a genuine abuse by a number of people and the heartfelt dismay of the general public will be hijacked by those who know better, those who are the only people to know the best interests of society.

A small restriction on blatantly egregious violations of privacy, something that no reasonable person could object to, is inevitable. As ever, it will be drafted to âsend a clear message to irresponsible journalists that such behaviour will not be tolerated.â It will be full of holes and contradictions and ambiguities. Subsequent sittings of Parliament will spend months and years âclarifyingâ and âtightening upâ the restrictions to âensure free speech is protectedâ while âclamping down on irresponsible journalismâ.

I am sure that the Guardian will be leading the cheerleading, with the Independent close behind, because, of course, they never indulge in any such shameful practices. The PCC will almost certainly morph into yet another unelected, unaccountable quango, possibly called âOfpressâ and staffed by suitably connected, smooth, faceless bureaucrats.

All papers will be called upon to submit voluntarily to its tender ministrations. Another scandal will break at some point, and Ofpress will call for greater control of the press. All media outlets will be compelled to submit stories for vetting before they are published or aired. In a digital age, it would not be difficult for the government to mandate that Ofpress has a virtual private network into each media outlet to read stories before they are printed.

At this point, the Guardian and the Independent may start to squeal and deliver pompous editorials about press freedom and high-minded ethics, but itâs almost certain that people will just say: âIf youâve nothing to hide, youâve nothing to fear.â Itâs what we believe, isnât it? If you have no guilty secrets, what is the harm of letting a benevolent, caring and progressive state snoop on your comings and goings.

Inevitably, perhaps, despite this approval by the state of stories before they are published, perhaps having been carefully rephrased to convey the âtruthâ of the matter (as defined by the state), another Milly-like scandal will break. The government will demand that the press behave in a transparent and accountable way: all sources will have to be documented, all stories will require an audit trail, with sources signing off written statements that can be reviewed and verified by Ofpress operatives. Sources will be required, if necessary, to prove that they did not come by their material in an unapproved manner.

And really, who can possibly think that all of the above is a bad thing?

What could possibly go wrong?

The phone hacking was simplely pressing # at voicemail and entering default
voicemail pin for relevant network.

The real crime was obtaining the telephone numbers. This could only have
come from someone with inside knowledge.

Step forward recipients of bribes within the MET police. The real story is
yet to come

> Too much to hope that the Regulation of Investigatory Powers Act 2000
will be repealed then?

Yes, too much to hope but then RIPA doesnât need to repealed in full â only
the abysmal section of the Act that deals with data encryption needs to be
junked outright.

The major problem with the rest of RIPA â and I was heavily involved in the
debates that took place before it became law, back in the days when it was
only the techies and computer geeks that we paying attention â resides in the
way it handles the authorisation of the use of surveillence. That should have
been a matter for courts â if the police, security services or anyone else
want to make of use of covert surveillence then they should have to obtain a
judicial warrant after first providing evidence to justify their application.

That one measure, alone, would cut out most of the frivolous and
unnecessary abuses of RIPA by councils and other public bodies.

Basically, they got caught. A new entity will soon replace it.

I am sure that the Guardian will be leading the cheerleading, with the
Independent close behind, because, of course, they never indulge in any such
shameful practices.

Actually I would have thought they were the biggest offenders, especially
the way the Guardian has been employing diversionary tactics 101.

I know you were saying the above with tongue very much in cheek but they
should be at the top of any investigation.

News International werenât the worst offenders (in terms of quantity),
and I suspect they were the unlucky ones to be picked up on hacking Millie
Dowlerâs phone â but only unlucky in that there were probably some people
who actively ensured that the NoW got caught.

Read the information commissionerâs report from 2006 âWhat Price Privacyâ to understand the scale of the problem
and realise that NI were just one of many.

Is it wise to assume that people in general would not like a controlled
press. Much of the world is in such a state and gets by ok.
And the âfreeâ
press of England ends up as the NOTW or the guardian.
So?

Too much to hope that the Regulation of Investigatory Powers Act 2000 will
be repealed then?

Elegant timing for your first post since you returned to work,
Thaddeus!!!!

Timing, itâs everything in a man.

Welcome back TJW. More please! I agree with you wholeheartedly
regarding the anniversary hang-ups that some hard of thinking people have
these days, but on this particular subject of hacking (anybodyâs welcome
to hack my phone if they want death by boredom â I prefer talking to
people over a lunch, bbq, picnic on the park etc.,) I really have to admit
that Iâm struggling to take any interest whatsoever and Iâm wondering: is
it just me? It may excite those in the Smoke, Westminster and Wapping but
here in the East Midlands we donât give a damn me duck! Iâm off for a
relaxing pint and a chat with people whoâve lived for today in the real
world and weâll have a laugh and sleep well. Nice!
Tom Paineâs comment
âbut the people will pay, and pay heavilyâ is quite correct but has it
ever been so? Hey Ho!

And thank you, wassname. It is a pleasure to tread these hallowed
halls again.

Thank you Anna. You are gracious as ever!

I have a better idea lets nationalize all phone hacking, maybe call the
outfit GCHQ and locate it outside of London to spread the jobs around-how does
Cheltenham sound?

You know you can trust the government to do the right thing.

Reminds me of a popular saying -Donât steal the government hates
competition.

News International is too smart to continue newspaper publication and
bleeding money, their money-making and influential model is Fox Network (who
the left-wingers abhor). Stay tuned, I predict that yUK is about to lose more
jobs as positions are offshored.

You make elegantly the very point I have been trying to express at tedious
length for the past couple of days. For the politicians and journalists, this
will all pass. But the people will pay, and pay heavily.

Well thatâll work for me. At least on the basis that it will have a
familiar ring to it. Weâve been there before and so on, whatâs not to
like?

Except of course that I donât much care for any of the âcontrolsâ put into
place to solve any of the other problems, so on second thoughts, if no-one
objects Iâll cry off this one.

Oh, I canât you say. Oh well, no surprise there then.