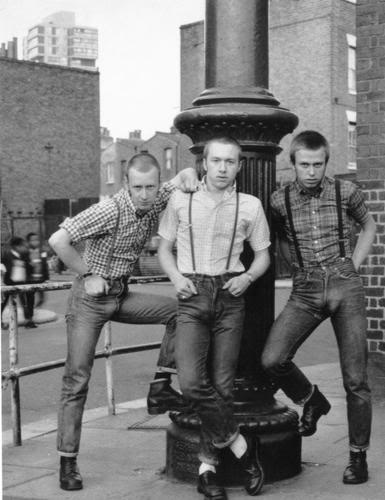 Reading through the morning blogs, you can be amused, intrigued, informed, misinformed, inflamed, alarmed, and very occasional, completely pole-axed, as someone relates an incident in their life that illustrates a truism that had never occurred to you.

I have not been able to get Tom Paine’s Saturday post out of my mind since reading it. I have long admired Tom’s quiet professionalism, his ability to summon up endless succinct posts despite roaming from one side of Europe to another, and caring for his terribly sick wife. Those of us, mea culpa, who are put off our blogging oats by a little vagary in our Internet connection, or a minor hiccup in our domestic arrangements, can only hide our heads in shame…..

The catalyst for Tom’s post was his difficulty in obtaining essential prescribed drugs for his wife from a pharmaceutical system ruled by regulations imposed because of those who misuse drugs.

This Thesis took me off onto endless mental forays regarding other ‘rules and regulations’.

We, bloggers in general, often think we are holding our ‘rulers’ to account, the main stream media certainly brag that this is their function in life. Yet are we? Is it really the government, the regulator, the school prefect, that rules our life?

The BBC news this morning centred on the regulations coming in next month regarding ownership of an uninsured car. Various interviewees railed against the unfairness of it all, the government shouldn’t be ‘doing it’…..we find it easy to blame the government for these new laws – yet we rarely, if ever, look at the cause of it all.

The rude boys, the bad boys, the larcenous, the cruel, the dishonest, the murderous.

As a nation (and we are not alone amongst nations) we have accepted that if one man steals an apple from the local shop, that we should all be prevented from carrying a potentially ‘apple concealing bag’ as we go about our business. We barely punish the apple stealer – first offence, previously of good character, human rights, da um, da um. The rest of us cheerfully, or not so cheerfully, bear punishment for his actions.

The apple thief has just ruled our lives.

I have just finished reading the ‘Bookseller of Kabul’, somewhat reluctantly, I might add. It is a propaganda missive for Western values. I understand why such books need to be written, it is important when men are sent to give their lives in a war that they are cheered on by a clear understanding that the values they represent are so very superior to those ‘imposed’ on their enemy by tyrannical leaders who must be killed on sight. We did a pretty good job of the same process during World War II.

Yet a part of me was continually railing against the conclusions we were so subtly led to condemn.

A man takes a ‘second wife’ and we are invited to pity the poor first wife as she is ‘humiliated’ by her family and his family discussing in her presence whether to permit this as appropriate, fair or acceptable – and that is vastly morally superior to the western model of a man deciding to take another woman into his bed without a word of justification to anyone, and the rest of us supporting his first wife in a tower block in Cardiff, along with his children, the family bonds torn apart for ever, precisely how?

I was also struck by tale of the stolen postcards. How the focus was endlessly on the thief, and what was to be done to prevent him doing the same thing again (the Taliban and their viciously effective hand chopping methods having left town) and how much effort went into ensuring that the theft didn’t impact on the businessman, or his business methods.

In our western world, we would have had a raft of regulations to discomfort future postcard purchasers, who would all have been treated as potential thieves, postcards behind barbed wire, every purchase signed for in triplicate, staff enduring strip searches – with the original thief possibly languidly repainting a council fence for three days – if that.

It is not the government which rules us, it is the ‘rude’ boys; they set the tone for our lives, bullying us on a daily basis. Yet we tie ourselves into moral knots excusing their actions, ensuring their punishment is not too severe or inhumane. The government merely react to the rude boys on our behalf, whilst we calmly accept another raft of regulation imposed on all of us.

Are our Western methods really so morally superior and fair, punishing everyone for the actions of a few? I’m wavering.

It may well be that ‘rude boys’ might well be all your salvation.
After
all you have buckled under to feminists, gays, moslems, concil dustmen et alii
. And they have not.
Who else would storm the bastille?

It’s a classic bait and switch. First the state says transfer to us the
power to give criminals a good kicking, that way the thief who robs a little
old lady gets the same kicking as the thief robbing a pugilist. The citizen
says, “OK that seems fair”.

Then later on the state decides it isn’t in the state’s interest to give a
criminals a kicking (i.e. there are more state jobs in not kicking them) and
stops doing it.

I am reminded of an excellent cartoon about 30 years ago in (I think)
The Guardian. A man is hitting another man over the head in order to
rob him, in front of two bystanders. One bystander says “Of course, to the
enlightened person, they are both crying for help”.

That was right at the start of all this blame-the-victim,
excuse-the-offender stuff.

Not knowing otherwise, that sounds as if it could have come straight off
a page of Private Eye.

Perhaps Private Eye ‘stole it’ from The Gaurdian…

It is very much the government to blame. They have removed from society the
right to punish or discourage apple stealers and made it necessary for
everyone to be treated as a potential apple stealer and to bear the cost and
inconvenience of demonstrating their innocience, so we all become victims.
Clearly the balance between criminal and victim is badly skewed.

“But I think your explanation as to why people steal apples – that they are
simply inherently ‘the rude boys … larcenous” or just ‘bad’ as a fundamental
part of their being stops short before it becomes useful.”

I think you are nearly there. To build on your apple-stealer analogy, you
are right that the regulations are in place because people steal apples. But I
think your explanation as to why people steal apples – that they are simply
inherently ‘the rude boys … larcenous” or just ‘bad’ as a fundamental part of
their being.

Rather, consider the alternative explanation that most people might be
fairly rational and are simply acting in a way that appears fairly rational to
them. If you’re hungry and you cannot eat, and see no prospects to improve
that situation, stealing an apple is probably what you’re going to do.

The trick is to have a society where people aren’t put in situations where
the rational thing to do appears to be to steal an apple.

“If you’re hungry and you cannot eat, and see no prospects to improve
that situation, stealing an apple is probably what you’re going to do.”

They could always do a deal/trade with the apple seller in return for an
apple.

Anyone know is OH is OK? – his blog seems to have been down for a few
days.

Bit baffled by these Western values. We seem to be ruled by a small
self-selecting elite who rule for their own convenience and are dead set on
destroying our race and its culture and all the good we have accumulated over
centuries and millennia. Are these the Western values?

The pendulum tends to swing one way, then the other. Currently, the victim
of crime gets a raw deal, and all too often the perpetrators get off lightly
because “they’re victims too”. In thirty years time, it might have swung back,
and we’ll be listening to earnest young people telling us that criminals are
treated too harshly, while the silver-tops among us suck our teeth and mutter
about remembering the days when feral youths roamed the streets and people
were afraid to leave their houses after dark….

This reminds me of a related issue that comes up regularly for me.

Having known quite a few ‘direct-action’ leftie types over the years I’m
always amazed by their cowardice and hypocrisy in one particular area:

If I make mention of the EDL, BNP, or one of their other designated ‘lower
other’ groups, they will froth and huff and make all sorts of promises
regarding what awful new injuries that they would inflict on these people.
Many will claim they are willing to die in order to fight them.

If I then ask – if they really care about protecting the weak and the
vulnerable – why they don’t go into some of Sheffield’s more dangerous areas
and beat the crap out of the gangs and crack-addicted scum who make so many
people’s lives so miserable, especially as the police tend to leave them to it
in some kind of “containment” strategy, all I get is tumbleweed….

Having just renewed the car tax, there’s a nasty part of the form where
you’re promised a fine and a crushed car if you don’t renew or SORN, that’s to
an ordinary motorist with no intention of driving around without
renewing.
We can protest in blogs, and, in theory, lobby your MP about the
heavyhanded treatment of ordinary people, but I can’t see a way of reversing
the trend. None of the large political parties will change anything, we’re
doomed Capt Mannering, doomed.
Apols for the multiple submits on the rabbit
topic, trying out new browser and didn’t realise it was actually the classic
trap-word that was stopping it.

the problem with ever increasing rafts of legislation is the infrastructure
required to operate it. More importantly perhaps is the cost of the
administration such that in the majority of cases the legislation is never
implemented at the level of those offending

I used to be a Rude Boy.

I hope your jeans weren’t as tight as those. You could have done yourself
an injury.

One wonders if the chaps above went on to banking. I’m sure its Sir Fred on
the left and Mervyn on the right. But who is in the middle?

as soon as religion came along saying that it was not very nice to do this
or government came along where the local hard-man had done a deal to “dispense
justice” on behalf of others in return for an unfair share of their produce
then the ability to deal with the “rude-boys” directly, efficiently and in a
manner that would deter others was gone.

it doesn’t matter if you are from the west or kabul, govts and religions
effectively reduce the range of the response to crime as part of a perverse
political need to control almost as if they are ensuring that the criminals
vote for them by promising not to be too tough….