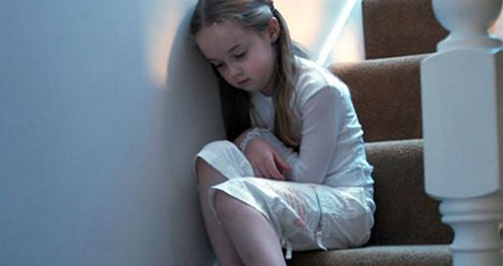 The ultimate goal of practitioners of this art is to take perfectly inoffensive words, good deeds, incentives, bright ideas, and through intricate folding of the same words into other sentences, incorporate them into a new sculpture of outrage, horror, and derogatory meaning.

The skilled practitioner can then unfold his contraption to gasps of amazement from the assembled docile crowd. It’s called spin doctoring by some in the Western world.

When Nadine Dorries suggested to parliament that sex education should encompass more than the mere mechanics of sex, she made the classic mistake in these days of rampant homophobia of saying ‘for girls’.

I had assumed that she said ‘for girls’ because as a woman herself, she would have been more than aware that despite several decades of feminism – where legal early sexual experience is concerned, men are still more physically capable of successfully insisting on sex than women. It’ll change one day ladies, but an unwilling male is still a limp and bedraggled beastie and not a lot of use.

Nadine hadn’t reckoned on the gay lobby, which came roaring out of its underpants to insist that young teenage boys be taught that it is perfectly OK to say No! too……

That is all water under the bridge now, but the feminazi brigade still have their teeth firmly into her ankles.

Sex education these days consists of learning how to put a condom on a banana, diagrams of which bit goes where, and the helpful trend of pre-watershed soap operas which continue to display sex as something which women are so permanently gagging for that they rip the clothes off their men, and then allow themselves to be pinned halfway up the kitchen wall like a fuzzy board toy, only to collapse into the half eaten pizza on the Formica counter three minutes later looking utterly entranced by the experience.

You can understand why boys end up feeling a complete failure when the ‘bird’ that they have just thus pinned to the wall, or over the bonnet of their ‘borrowed’ Ford Orion, looks at them with utter disgust, picks the luke warm pizza out of their backside, and says ‘I’m off for a drink wi’ me mates’; and proceeds to get monumentally bladdered. Come to that, you can sympathise with the girls getting that bladdered.

There is simply no input into this ‘education’ that teaches either boys or girls, that sex is a lot more enjoyable in a nice soft bed, or hay stack if you prefer, and that taking your time reaps dividends.

Having your best mate jeering in the doorway, or trying to remove the four cheese with cheese crust special from your nether regions just doesn’t have the same impact.

Nadine is now in trouble again – on Monday she said on Chanel 5.

“If a stronger ‘just say no’ message was given to children in school then there might be an impact on sex abuse … if we imbued this message in school we’d probably have less sex abuse.”

Whoa! Pitchforks at the ready, Nadine was promptly chucked on the barbecue by the Feminazis.

Political Scrapbook was up early, illustrating their story with a picture of a vulnerable and unhappy eight year old sitting on the stars, and linking their piece to one of the Sapho sister’s articles ‘Nadine Dorries thinks I was asking for it’.

Puts tin hat on and blazes out of Raccoon Towers – I think Nadine has a point!

The simple fact is that ‘child abuse’ is not confined to vulnerable eight year olds sitting on stairs.  That might be the most appealing image to illustrate your story with if you want a certain reaction from your verbal origami, but it isn’t the whole story is it?

I escaped ‘child abuse’ by an entire half hour. A narrow squeak eh? It was but half past midnight on my sixteenth birthday, and if I remember correctly – it was a long time ago – the escapade was presented as some sort of birthday present. Had I been given the choice, I would probably have preferred a set of Carmen rollers. I didn’t get them until my 21st. Some things are worth waiting for.

I certainly wasn’t ‘gagging for it’ – either before or afterwards. More fumble on the tundra than rumble in the jungle. Neither of us had a clue what we were doing; there was just a vague acceptance – in my mind at least – that sixteen was the age at which you could get married, this was what married people did, and so it was a reasonable thing to agree to. Note, agree to – for having zero experience, how could it have been something that I was instigating? I knew Carmen rollers were desirable, but sex? Nah.

I simply don’t believe that one changes metabolically that much in a mere half hour.

As it happens, he was 25, and far too old fashioned and ‘proper’ to have even suggested such a thing. I question whether I would, in this day and age, had the courage to say ‘No thanks, I’ll take the rollers, thanks’, with all the pressures of even teenage magazines suggesting that you are uptight and possibly frigid if you haven’t at least tried sado-masochism. Sex was something adults did, we all knew that. ‘I’m not sixteen’ was the perfect answer to anyone who suggested otherwise. Even as a teenage runaway.

Would there be less ‘child abuse’ amongst the 14 and 15 year olds, even 13 year olds, if young girls understood that no matter what they may see on TV or on the Internet, whatever they read in their magazines, sex in a nice soft bed, with all the time in the world, is something they may come to value. Sex on a car bonnet when they are under age is not the same thing at all – and they can quite reasonably turn it down, thanks. Not just because they are under-age, but because they won’t enjoy it……

The Feminazi, however, insist that men cling to the values of *cough* years ago, and dutifully wait until she is 16 – or be labelled paedophiles; at the same time, they would have us believe that it is the God given right of every young girl to parade in a bikini; to go on holiday to Ibiza with ‘their boyfriend’ at 14; to dress as provocatively as they please; and finally to get utterly bladdered, pass out in his room – and still be in the same category as the eight year old sitting winsomely on the stairs.

‘Nadine thinks I was asking for it’ – No she doesn’t – she thinks some of you, much older than your pictured model, are sending out mixed messages, and maybe the outcome of those mixed messages is as much your responsibility as it is his.

There can be no excuse for paedophilia – it wrecks lives. I can’t think of any excuse for not giving young girls the knowledge that they need to protect themselves either. Not unless you happen to believe that all men are bastards, and any way in which you can trip them up and lock them up is fair game.

Thank you for writing this!! I am faced with so much resistance to the same
opinion I thought I’d gone insane. My thoughts are in my blog (link #1) and
the second link is actually quite tragic – an abuse survivor had the guts to
say that maybe Nadine had a point, and someone comes along and totally
invalidates this point and makes out as if she is “blaming herself” for saying
that being more defiant would have helped. This whole hysteria about taking
ownership of your safety getting confused with victim blaming is doing my head
in, and yes also happening re: SlutWalks which someone has already
mentioned.

When I first heard the wailing about Nadine Dorries, my initial reaction
was that she was mainly guilty of a poorly worded argument.

As someone who came ‘of age’ in the late 90s, the pressure to be sexually
free was overwhelming. I would say that teaching the lessons of being safe if
you choose to have sex, and also the equally valid choice of abstinence would
be a good thing. The confidence to say no is a huge deal, and a valuable
lesson which is learned all too late by many people.

Coincidentally (well to my mind at least) this has come hot on the heals of
the “London SlutWalk” crossing my radar. I rather suspect that many people
who’ll be supporting that walk (I intend to attend) who will parrot the line
“no means no” will also be amongst the mob attacking Ms Dorris for suggesting
that teaching people to say no might be a good idea. I also expect them to
keep saying that that wasn’t what she was saying but instead she meant that if
you get abused you can’t have said no so it’s your fault. Which is as you
observe a wonderfully convoluted bit of logic.

PS Like your picture, which I take it is to represent ‘child abuse’,
perhaps from some fake charity website. I don’t know if its the same in France
but back in UK only using pictures of white children to illustrate nearly
anything is BAD AND RACIST, except things like child abuse of course, because
a white child had no black biological parents and therefore ……………

Stop conspiring against me, I know what you are up to!

Sex education, like citizenship education, is just a means to allow sick
little inverts of both sexes and saddo anti-family anti-British fetishist
loons to indoctrinate children. Ban both and concentrate on teaching real
subjects, at which our state schools are bloody awful.

In fact if they teach sex education as well as they teach other subjects,
the content doesn’t actually matter.

Nadine did have a point; I even tried defending her on CIF a couple of
weeks back (mainly because she had been grossly misquoted and the Feminazis
[brilliant!] and assorted leftie twats had raised army of strawmen based on
misquotes/partial quotes/out of context etc)

If only there were media standards: girls are under 16, (young) women are
over 16. No possibility of confusion or misunderstood “signals”, it’s so
simple even boys (under 16, natch) can follow this rule.

I thought that PS Book piece was a reprehensible little piece of deliberate
misrepresentation – and said so! I also think that the enthusiasts for
“judgement-free” sex education have failed to make their case – resorting
instead to the basest form of unpleasant character assassination.

There’s a ‘sort of’ defence of Nadine on my blog!

Though to be fair, she does make it rather easy to assassinate her
character. There is a problem that even on an occasion where what she says
may have some validity, her whole ‘Mad Nad’ past means it’s very easy to
just see it as the latest part of her fundamentalist claptrap crusade.

Just remember that there is fun in fundamentalist. If you don’t believe
me watch some of Mark Driscoll’s videos on sex as it was meant to be.

“…that teaches either boys or girls, that sex is a lot more enjoyable in
a nice soft bed, or hay stack if you prefer, and that taking your time reaps
dividends.”

That doesn’t fit in with today’s hurry-up-I-want-it-now world. No-one waits
for anything, and no pleasure should ever be deferred…