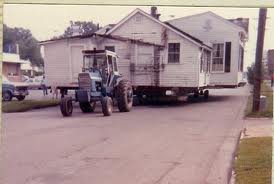 Despite reports to the contrary, Ms Raccoon is not superwoman, and cannot manage to be in two places at once.

I am currently in the middle of moving house.

Mr G finds it perfectly normal to want to move the 32 trees he cut down in the house before last, logged and dried, which now comprise some – ooh, I don’t know, maybe 8,000 logs of various sizes. I count myself lucky, the first house move I did with him, he had a collection of 10,000 hand made bricks which he couldn’t possibly leave behind. Moving house, brick by brick, I muttered under my breath.

The workshop has already moved – even has pictures of sailing ships tastefully hung on the wall I noted last night; today we will be tackling the non-essentials, like a spoon to eat the soup with when you were too tired last night to tackle anything more substantial, and perhaps the toothpaste to go with the toothbrush…….women are just so picky, if only we were like these Gods of the high seas – a pair of cut off jeans, flip flops, and a can opener for cold beans.

So I am giving up the unequal struggle to write a blog post today, in order to more closely supervise what gets moved, and more importantly where it gets put in its new home. Who knows, tomorrow I might even end up with the computer and the mouse in the same building.

I’ve answered the mountain of overnight e-mails, and leave you in the capable hands of SadButMadLad – if you end up in moderation, he will be along eventually to let you out, but he does have a real life as well. If you e-mail me today, you will get an answer – eventually.

I’ve hear tell that some lucky people have been known to hire professional removers, who pack everything carefully and then ask you where you want it in your new home. If anybody has used one of these firms, can they tell me, if you ask them where your hairbrush ended up – what sort of reply did you get?

b) I saw the dog playing with it in the garden. (Which bluddy garden? This one or that one?)

c) “Why Madam, it’s wrapped in bubble wrap marked “essential – immediate use” and carefully placed in the top right hand drawer of your dressing table”? (er, the can opener is there, Mr G, and the screws from the spare bed base, no hairbrush.)

I’ve moved dozens and dozens of times and I’ve always used whichever
vehicle I’ve had to hand and just piled things into boxes and slung the boxes
into the boot and into every available space in the car. If a plant would fit
in the footwell, that’s where it went and anything delicate can be cushioned
with a pillow or a few towels! I’ve never been organised but I’ve never lost
anything either. For example, I have an 76-strong collection of milkbottles
from the 80s, all with wonderful adverts on them, all of which have never been
transported in anything other than a series of plastic bags. Employ this
tactic, Mme Raccoon; anything that breaks didn’t want to be moved! You must be
almost settled in your new abode by now and I wish you and Mr G endless
happiness in your new place.

I’ve been v. busy this weekend doing DIY. Last year a dear friend of mine
came to visit me and remarked that some of my domestic ‘colour combinations
were rather strident’, pointing out that the combination of electric blue and
pillar-box red were unhappy companions; she also felt that the raucous
‘salmon’ (I always thought it was terracotta) in the kitchen wasn’t very nice
either: with her words ringing in my ears I have ‘set-to’ this weekend and
transformed the kitchen by replacing the raucous salmon with a peaceful ‘young
pea’ (!) and, after determined application, the electric blue is now a mellow
sage and the pillar-box gloss will be an ‘apple mist’ after another 6 coats! I
am of course now puce with effort and ready for a kebab and a pint of shandy.
Chin-chin!

“Young Peas” are far from peaceful, they are a positive hive of activity,
bursting forth, turning this way and that in search of the pea sticks you
haven’t had time to put in yet, yearning only to succumb to some ghastly
French pea disease that you can’t pronounce. In short, ‘young peas’ need a
dose of Ritalin to calm them down – especially when you haven’t had any rain
for six weeks, and the temperature has hit 31 every day for the same six
weeks.

I’ve used professional movers twice: both times to move between cites, so
the convenience outweighed the cost. Both times all we had to do was write on
the box which room it was to be delivered in, the removal men did the rest.

I’ve also moved the contents of a house by myself using only an estate car:
it nearly killed me.

I’ve found the best compromise between cost, convenience and sanity is to
hire a big van and invite friends and family to help you to move.

This is why I am never going to move ever again. And no doubt one good
reason for why my children will probably never sell their inheritance.
I am
a hoarder of some excellence you see.

And I certainly wouldn’t leave my log collection behind. It was much too
hard come by.

Now, depending on what type of wood is those logs and how long they are,
you might be moving a tidy sum of money.

I remember 60 years ago my father cut down a couple of oak trees and we cut
them into about 2m lengths – by push me pull you hand saw – and stored them at
the back of the workshop. There they stayed for 10 years. My father borrowed
the lorry from our railway station – before Beeching closed the line – and got
me to drive the logs to the saw mill in the next village where they were duly
turned into various thickness planks. These were again stored behind the
workshop.

Some were turned into furniture but there was more than half of it still
there when I returned from Australia some 30 years later after dads death. One
of my brothers took some and I sold the remainder for several thousand
pounds.

So Anna you too might be moving money curtsey of Mr. G.

We moved ourselves last August Bank Holiday weekend, it was a bit easier
for us as most of my bulky stuff was already in storage as I’d let my other
property, and the Memsahib’s house was minimalist to start with – so it was
all relatively painless – I’m not saying that stuff didn’t disappear
without a trace of course, well, I know it’s here somewhere – probably
;0)

Certainly used professional removers last time, the distance involved and
the sheer amount of stuff made it essential.You have to plan it like D Day,
with order of disembarkation and colour codes etc. You can even act like a
Beachmaster, bellowing detailed orders as each box leaves the van(s). The
removers will put up with it, as they expect a reasonable tip at the end of
it.
Fortunately, in this area, the neighbours provided cups of coffee
rather than raining down mortars and 88mm shells.
Best of luck with the
move, we’ll try not to break the blog (or SBML!)…

My sister, moving from a top-floor flat, hired a firm of professional
removers who failed to notice that, as fast as they loaded boxes into the
lorry, the local ne’er-do-wells were unloading them and running away with the
contents.

Now ensconced in her unintentionally minimalist new home, she confirms that
the answer to queries about the whereabouts of the hairbrush – and the
saucepans/cutlery/CD player/ornaments etc was definitely a).