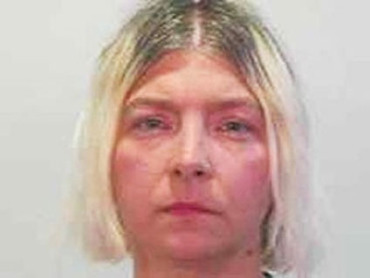 The wriggling and the incredible excuses of those caught out in their lies are a joy to behold.

I imagine their minds whirling at a rate of knots, until finally collapsing into the vortex with a sigh of relief – “Yes! That’s the one, that’s what I’ll say……”

For sheer inventiveness, this one caught my eye this morning.

Megan Barnes was driving through a local beauty spot. She became distracted, and crashed into the back of another car.

She thought quickly, drove on for a few yards, and then swapped places with her partner – for Megan had a problem.

Just the day before she had been convicted of drunk driving and that was whilst driving on a suspended licence. And there was the small matter of her car being uninsured and unregistered.

Oh, and she was on probation.

The police arrived and she assured them that her partner had been driving. The only problem was that her partner was proudly bearing the burn marks from where the passenger airbag had exploded when she had crashed……

Well, he wasn’t exactly, actually driving, but he had been steering the car from the passenger side.

OK, why was it necessary for him to steer the car?

“Because I was busy and couldn’t look up for a minute.”

Why were you driving at 45 mph when you were too busy to pay attention?

“Because I was late for a hot date.”

So, your husband was driving you to a hot date with another man, yes, Ma’am, and what was so important that you couldn’t look up at the road?

As you do, at 45mph, with your husband steering, en route to a hot date with another man.

She was actually telling the truth this time.

“Because I was late for a hot date.”

No doubt because running the black marker pen down the centre parting of
her naturally blonde hair took longer than she thought.

Am I glad she missed that date with me!

What sort of after-shave would one use?

I presume it was a wet shave.

I use a badger brush. Do the Yanks use Raccoon?

Nobody was injured, but ahem………….I think she had a close shave.

I guessed right! Without even looking, I said this’d be America. And it
was…

Don’t they have lay-bys in America?

It’s a lot less bovva with a hover…

The poor woman reminds me of someone I knew many years ago. Mabel was no
longer in the first flushes of middle-age, by some distance, and you could
tell that life had no been kind to her. However, if you took the trouble to
look really closely you could still tell that once, as a young woman, Mabel
had been really really ugly.

Damn you Penguin… there goes another keyboard!

An example for women everywhere on the perils of multi-tasking.

Yes, in Europe she could probably have taken public transport avoiding
the need to get a lift from her husband.

If only you’d left the ‘l’ out of public, Blue Eyes!

“Because I was busy and couldn’t look up for a minute.”

Sorry, but I guessed the wrong answer for this. I know, I know – I should
have continued reading before jumping to conclusions!

Phew. For a minute I hesitated before clicking the link in case it led to a
“Shaven Haven”.

Wouldn’t it have been just oh-so-romantic had it been her husband shaving
her pubic hair? (And still a good reason for pranging the car).

@JP. Sorry I stuck this in as a reply to you. Cursor wobble.

BTW looking at her mugshot, I can perhaps understand why she had to
DIY.

I’m not sure who comes out worse from this story: her, her husband or the
21st Century…