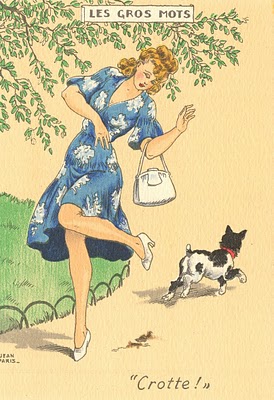 Think you’ve  had a bad week? Spare a thought for poor Janet.

73 years old, and a diabetic, she had overcome her health difficulties sufficiently to go on a cruise, she doesn’t like flying.

Whilst cruising the Arctic Circle to see the Northern lights she collapsed with internal bleeding, too serious for the on board Doctor to deal with.

The Captain put out a call for a Norwegian lifeboat to take her to the mainland hospital. A terrifying ship to ship transfer beckoned.

The Captains of the two vessels failed to keep them close enough together, and the paramedics dropped her, and the stretcher, into the freezing Arctic Ocean.

Eventually they hooked her out, now suffering from hypothermia, and got her to a Norwegian hospital.

Later that week it was decided that she needed specialist care and she was taken by helicopter to Carlisle in the UK.

She’s still there now, in intensive care – so quit yer moaning, your week hasn’t been that bad surely?

The ship.
A ship is constantly in motion, up and down, forward and back,
left and right, probably rolling to some degree.
Any other vessel will be
subjected to the same movements, all of them at different times and
amplitudes.
Two vessels in close proximity will be constantly moving in 6
directions in relation to the other. The bigger vessel will be more sluggish,
but harder to stop it’s moving, the smaller vessel will be tending to quicker,
more extreme movements such as rolling.

The crew.
The seamen spend their lives aboard ships, they unconsciously
adapt their stance, their walk, their sitting and lying down to cope with the
constant movements.
They know a lot of things about ship operation one of
which is that a ship to ship transfer operation is one of the most hazardous
operations they can do.
They know full well that a wire between two ships
can suddenly twang very tight, or sag suddenly so it dips into the sea, or
vibrate and perhaps cause objects connected to the wire become unconnected.
They are well aware that waves can suddenly appear and cause
problems.
Normally they are watching for all of this like a hawks, it’s
what they do.

The civilians onboard.
Civilians onboard ships, for whatever reason,
depend entirely for their health, safety and very lives, on the
seamen.
They trust them, they have to, there is no option.
Older people
need more care on the part of the seamen.
The people who crewed these two
ships, or if you like, the ship and the service vessel or whatever it was, let
the old lady down, they did not pay sufficient care to what they where doing,
the officers perhaps tried to carry out an ill-prepared operation, perhaps an
insufficiently thought out operation.

The lawyers.
Their job is to establish responsibility for the incident
(definitely not an accident) and apportion blame and perhaps punishment. They
will also be trying to arrange some compensation for the victim. Good.

At the risk of being pedantic, if you are doing a difficult transfer
from/to then on both sides there needs to be secondary support or securing in
case anything goes wrong with one or other of the primary ones. This is
because in the case of only one on each side the failure of one creates a high
risk for the other. There did not seem to be sufficient securing support for
the transfer from the pictures I saw. I hope she recovers fully.

You really have to have lived it before you
can write about it!

Mike, there is a very startling photo in the press of Janet, now
deceased, being transferred into a pilot launch. http://img.thesun.co.uk/multimedia/archive/01295/SNN2104DD-682x_1295787a.jpg
No
fit young officer she, but a 73 year old civilian who put her trust in
“professional” seamen. In effect they are just passing her out through a
shipside door.
Those two men in the boat cannot possibly be “holding”
her, the man in the black/yellow is not even touching, the person in all
yellow is just an observer, the man in red is doing something but by no
stretch of imagination can he be said to have a grip on the lady. Yet the
company said 6 men had hold of her.
There’s not even a lifeline. Did
someone decide that was unnecessary in view of the very short transit? Well,
in the unlikely event of something going wrong and the lady ending in the
sea, with a lifeline they would still have had her, probably shortening her
immersion time.
We are told that even though the ship had a helicopter
deck, it was decided not to use it. What then is the heli deck on this
vessel used for, if not a medical emergency?
Was it an emergency or was
it not? The ship was scheduled to berth the next day, but it was decided
that the lady had to be removed straight away. Isn’t that a definition of a
medical emergency?
So why not the helo? Was the pilot launch cheaper
perhaps?
Incidentally notice the wake of the launch, is it just holding
position against a strong current? If so, was this a suitable place and time
to attempt the passenger transfer.
I always took the attitude that by
preparing for the worst, the worst wouldn’t happen. It looks as if the crew
on this ship didn’t prepare for anything.
That ship must have quite a few
passenger photos of the goings on at that time, it would benefit janet’s
husband greatly if they could all pass him copies. Like the one being taken
from the deck immediately below the one in the picture.
I hope Janet’s
husband gets himself a marine lawyer, not a common or high street one. With
a good marine lawyer, Janet’s husband may well end up owner of the shipping
company.

I thought you were going to say to spare a kind thought for poor Jesus, not
poor Janet, this being Easter and Good Friday week coming up. But poor Janet’s
story is pretty sad too, just along a different line and of a different
intensity. Being brought into NHS of course, might not be a lot of difference
these days.

Ah, Norwegians. Well, that says it all, really

By the way – since it’s Easter weekend, it’s Friday on Thursday, and it
won’t be Monday ’till Tuesday.

Not even half time and she’s red carded and sent off for an early bath. But
there’s hope yet as Carlisle are desperate to take her on a free transfer and
she thought it was all over, it maybe now!

I can’t tell you how glad I am that my rescue wasn’t filmed when I
clog-danced my way through the floorboards! Those Firemen aren’t as strong as
they look, you know.

Is this what is meant by taking to the drink?

On the bright side, they’ve shown that inducing hypothermia can help with
some conditions so she might even have benefited from the dip in the sea.

Woman who hates flying made to travel in a helicopter? Batting four for
four there.

Try as I might I cannot help but picture the whole stretcher/patient
tableau speeded up like on the Benny Hill show; along with the signature
accompanying music of course.

Not her day, was it?

As if all that weren’t bad enough, her story – with associated video – has
been spread all over the Daily Mail, so her recovery will doubtless be
hampered by ‘well-wishers’ all wanting to get a look at her – and tabloid
journalists trying to secure an interview.

Do you ever have one of those days when you wish you hadn’t bothered
getting up?

Oopsy daisy! I think I catch the scent of litigation in the air…

So she survived internal bleeding, and hypothermia, only to be admitted to
a UK hospital.

The NHS: the main cause of preventable disease and early death in the
UK.