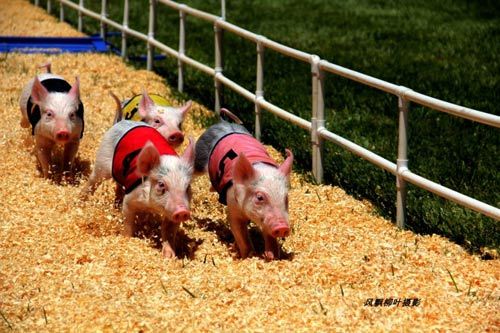 Is there any subject that politicians will leave alone in the race to be elected to the national trough?

Any point from which they recoil from their desire to have control over we mere mortals?

An act too far fetched to contemplate in the quest for glory and grandiose titles?

I would wager not. Those attracted to a life in politics are an abnormal breed, devoid of the humanity which beats in varying degrees in the rest of the population.

We shall have to wait a few days to see which politician jumps on the bandwagon of the latest piece of research to emanate from one of those committees that advise the government on ‘gay health issues’.

Follow me over to the US – where in Bend, Oregon, a state acknowledged as being the 4th most liberal in the US, ‘experts’ have been studying the sad subject of teen suicides.

They have discovered that teenagers are more likely to commit suicide in politically right-wing areas which don’t have active ‘gay support programmes’.

You think they are just talking about teenage suicides amongst the fledgling gay population, don’t you?

That might be logical, but no, it seems that ‘suicide rates for all teens rise’ if you don’t have a preponderance of left wing voters or gay rights support programmes.

There is only one logical conclusion to this study, and that is that left wing voters must be bussed in to live in right-wing areas. Or right-wing voters change their preference so not to have blood on their hands.

Sure, it will slew the voting results; it will give an automatic left wing permanent majority in government – but what is that compared to preventing the second leading cause of death amongst young Oregonians aged 10 – 24?

Curiously, or rather sadly, on the day this research was handed to politicians, a young Oregonian stabbed himself to death in front of a live audience in Bend.

They’ve forced 20% of the population to smoke in the cold and wet to save young lives; they’ve bussed the population around the country on the basis of colour in the name of equality; do you really think anyone would baulk at the idea of bussing voters round the country to create a Democrat majority to ‘save young lives’? You have more faith than I.

A special copy of ‘Alice in Wonderland’ to the first person who spots this spurious piece of political research being used as ‘vote Democrat – save the cheeeldren’.

“If everybody minded their own business, the world would go around a great deal faster than it does.”

Sooner or later, aren’t they going to run out of Democrats, though?

Oregon is a branch plant of California, so you can expect some very strange ideas and activities. They have destroyed their forestry industry (and a large proportion of their state revenue) by adopting californication laws.

This “study” is another in the long line of junk science that is so prevalent currently, take some data, merge it with a lunatic theory and call it a derivative. It worked so well in the financial markets, that it has effectively destroyed many national currencies (including the US buck-but that story is still unfolding)

I do not disagree with your thesis (ridiculous as it seems) that this could be used by the Democrats to increase public spending and “create well-paying jobs”. The evidence is overwhelmingly in your favour eg globull warming.

I get the impression this report was produced to fit an agenda – it is based on ‘we want to prove this let’s cherry pick the parameters, just like the UN and AGW.

It should be ignored by all sensible people which means that politicians will pick it up and use it.

Oh My God! What have I done?

I had no idea that I was causing teen gay/non gay suicides.

I will tick the box for Labour in future. I am glad we used public money for such nobel research.

After this excellent example I can see we need more public services investigating.

I have a haunch the Lesbian Seagulls are having anxiety attacks due to the public sector pension reform. Quick lets get some lefties to investigate

Reading between the lines, Anna, it seems fairly clear that that this suicidal death toll is made up mainly of teenage smokers who are bussed to school outside their natural habitat – what do the BLT counsellors have to say about that?

Sooner or later, aren’t they going to run out of Democrats, though? XX

We can worry about that tomorow, now just throw another one on the fire, it is cold in here.

Discussing the West Coast of America, the place where the fruits and the nuts come from, clearly a diversionary tactic Agent Racoon.
Give me more on our home grown fruits and nuts. Very unsporting of you not to cut and paste the latest offerings from Andrew & ian Parker – whatsit. Also this agency that is controlling you, the DCA, just remind me again why they would be interested in the goings on in this Parish, its all delightfully confusing !

“Give me more on our home grown fruits and nuts.”

Yo! I am sick to death of politics and politicians, can’t think why – and since parliament is in recess this week, I am taking a break from it for a few days, and sending my fingers tapping on other subjects.

I’ll get back to politics soon enough – the daft gits are bound to do something stupid before the week is up.

The place is actually called Bend?

You expect us to believe this?