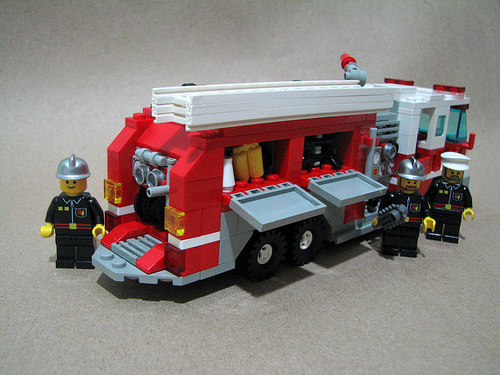 Did you grow up harbouring a secret wish to be a Fireman? To have your own Fire engine? Your wish may come true – there may shortly be an entire fleet of Fire Engines coming up in a, what else? Fire sale!

Apparently, the London Fire Brigade expects that the banks will take over ownership of London’s fire engines…..

Will the bankers be entirely impartial and even handed when deciding to despatch one of their newly acquired fire engines to the home of one of the political figures calling for all their assets to be frozen, or will they sit back and twiddle their thumbs – this could be riveting……

Fortunately, AssetCo also have another division which is presently recruiting firefighters to work in Abu Dhabi for tax free salaries in the region of £46,000 a year. With no fire engines to play with – how many of the trained staff will be tempted?

At one point AssetCo’s shares were trading at 70p a share. On Friday, the company was trying to raise £16 million to stave off the worst of the creditors (believed to be the tax payer owned Lloyd’s Bank) at 10p a share.

The Government can only protect front line services that are government owned – AssetCo and its fire engines was privatised by Labour…why?

Why is the BBC not reporting this front line service in jeopardy?

A “fire engine” is powere by steam and pulled by horses. I THINK you mean
“Fire appliances”.

Presumably the horses are the ‘renewable’ energy source, the steam engine
the inevitable back-up for when there’s no fodder for the horses or iron for
their shoes.

FIRE! there’s an app for that.

Of course the Government have a large number of the old Green Goddesses
which could be used as a stop gap until funding for new appliances can be
found.

I’m afraid not. Don’t you remember that Labour sold them off so they
couldn’t be used against the fire brigade unions?

In March 2004, the Government announced that it was conducting a test
sale[1] of 40 of its remaining fleet of more than 900 vehicles, and that it
was planning to dispose of the remainder. The sale of the fleet has been
completed, and most of the vehicles have been sold on to fire brigades in
developing countries, mostly in Africa

Wasn’t there some problem (technical, not political) with the old Green
Goddesses? Or was that just a ruse to ensure they could be disposed of with
the minimum of fuss?

They could only do 30mph. Other than that, now’t wrong with them.

But they were our fire engines. Not the government’s. Ours, the
peoples.

Well, we used to own them, but the government sold them to a company on
our behalf. However, the company is effectively owned by the banks, which,
following the bailout, are partly owned by us. I think…

By the time the mess has been disentangled, the lawyers will own
them.

Now come along Anna, when the Auntie ever report anything that might offend
the left?

Just a thought. If AssetCo really do own the fire engines, and they go
bancrupt; then London Fire and Rescue could buy all the fire engines back at a
knockdown price. Londoners could end up making a profit out of Labour’s
blunder.

It is possible that according to the laws relating to insolvency the fire
engines will have to be sold to plug the huge deficit in the Fire Brigade
pensions scheme. Will Age Concern step into the breach?

I wouldn’t want Age Concern jumping in to help… Look what I discovered
tonight: http://youve-been-cromwelled.org/?p=2143

Age Concern (in Bexley) relies on a third and more of it’s income from
our council. We were even kind enough to pay someone’s salary…

You right wing zealot. Have you not received the memo from Mr Balls with
reference to the cuts. I know the BBC have received it.

ALL cuts are too deep and too quick
ALL cuts jeopordise front line
public services.
ALL cuts my be illustrated by showing disabled/old people
suffering
ALL cuts are ideologically driven by class warfare forced on a
population

“Why is the BBC not reporting this front line service in
jeopardy?”