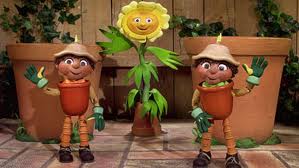 Eric Pickles has offended overstretched public sector workers by asking them to care for taxpayers property.

Remember the pot plants that the Department for Communities and Local Government didn’t have? Then it turned out that perhaps they did have, (including three nicely spotted 12’ Palm Trees in the entrance) but they weren’t expensive leased ones like what that naughty Audit Commission had, these were pucker owned by the tax payer ones and the only expense was a £6,454.58 bill for watering them?

The pot plants are owned by the Department, rather than leased. When the contract ends, as suggested by staff in feedback on departmental cost savings, the plants will be looked after by departmental staff on a voluntary basis. No new pot plants have been procured since May 2010. A copy of the relevant section of the 2004 contract on internal planting has been placed in the Library of the House.

Last September the watering contract was cancelled, and since then the staff have been neglectful of their watering duties, so the taxpayers’ pot plants have been withering in their pots.

Which reminded me, the Department for Communities and Local Government famously has a very expensive full time member of staff on ‘gardening leave’ – shouldn’t she be watering the plants?

She’s very fond of pleasing the Minister in charge of her department.

Dickless Tracey to the rescue.

“Like having a wardrobe fall on you with the key still in it.”

It disturbed me then, and it disturbs me now.

Stephen Pound in the Newnight programme item says that it’s a miniscule
amount that’s spent on plants and people should concentrate on the bigger
stuff. But such items which have money wasted on the are many and varied. So
if you add up these little things that cost pennies and then maybe, just
maybe, the pounds will look after themselves. In other words total up all
these little things that only cost £10-100K and you’ll find that tens of
millions are being thrown away.

If they were proper ‘pot’ plants, they could be sold to reduce the National
Debt.

One of the best quotes seen was Tracey’s impression of Prezza’s amorous
activities as “Like a wardrobe with a key in it”. It turns out it was actually
said about a certain 20 stone plus Conservative MP but ‘if the quote
fits’.

Divert the latrine outlets to empty on to the plants (peas?).
Shame if
most of them quit because of the stink. Grow banana plants in there with the
fruit-eating spiders that live on them to get rid of the ones that can stand
the stink.

Further to Engineer’s comment, at home I have several artificial plants
which include a ‘succulent’, a palm and an olive…it may sound garish but they
look very real and certainly have the same aesthetic as real plants. That
said, it is surely petty spite to not water the palnts that are there.

Artificial plants can look very real. I watered a friends plastic palm
twice whilst he was away before realising I was just damaging his
floorboards.

This is so obvious that it must have been suggested by someone – just ditch
the pot plants. No plants, no watering, no cost. Are potplants a necessity in
an office? A pleasant addition to the working environment, true (but then, so
is a pretty girl in a short skirt), but hardly essential.

£6454.58 for watering plants? What with, Holy Water brought by camel from
Lourdes? FFS!