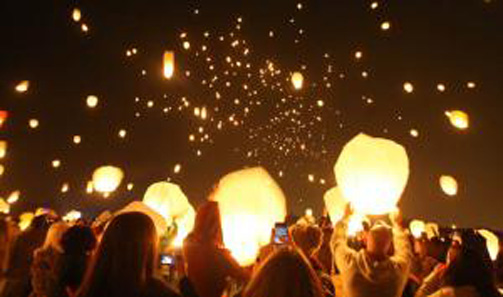 “But, soft! methinks I scent the mourning air; Brief let me be.”

There was a certain logic in the public display of grief when Princess Diana died. The Royal Family do represent something iconic to us. We are ‘subjects’, like it or not. That Diana was accorded the same display of public emotion when she died as we normally display when the Monarch dies was not totally unexpected.  A lot of people felt strongly that she had been wrongly removed from her position as future Queen.

The display of flowers? – Flowers are a traditional offering at funerals, originally to mask the smell of the decaying corpse, but a tradition all the same.

When Baby ‘P’ died, the anger whipped up by the media over yet another baby dying whilst under the watchful eye of the Social Services, exploded in another display of flowers – and Teddy Bears. The death of a child in the community has historically been mourned by those outside of the immediate family, especially when he has been brutally killed by an ‘outsider’. We could still follow the logic.

From these events followed the tradition of ‘face-book’ tribute pages, slightly confusing, for the ‘grief’ was now to be shared by total strangers along with the school friends and other too young or too busy to attend the service.

We are in new territory now, for the Swindon Advertiser reports that apparently ‘thousands of ‘S’ shaped balloons being released into the sky’ is ‘the send off that the country had come to expect’.

Why would the country ‘expect’ that one tragic death should be marked in this way rather than any other tragic death? Who selected Sian O’Callaghan as the poster girl of ‘tragic deaths’? Why not Joanna Yeates or any other murder victim? Did she not die ‘tragically’?

Not 10 miles away from the ‘thousands of people’ packing the Swindon stadium to stand in two minutes respectful silence, applaud the newly renamed Sian as ‘Swindon’s Angel’ wildly, and then express their love for someone they didn’t know:

“It was an amazing turn out, the sky looked lush with all the lanterns and balloons.

“I didn’t know Sian but she was loved by so many people.”

Another two corpses passed by unnoticed. Two corpses that were equally described as having died ‘tragically’ by the same paper. At RAF Lyneham, the bodies of Major Matthew Collins and Lance Sergeant Mark Burgan were making their way home, untroubled by ‘S’ shaped balloons, or the ‘under-12 football team’ wearing black armbands, children lighting candles, or thousands of strangers sending lanterns into the lush night sky.

They were, in their way, as iconic as Princess Diana, they represented all of us.

They, of course, didn’t die making their way home un-chaperoned at 3am from a ‘girl’s night out’. Their death didn’t command front page news.

‘Hundreds of people’ may line their route just ten miles away, but ‘thousands’ will not brave the cold night air to express their love for someone they did not know.

They hit a roadside bomb in Afghanistan, on patrol, on behalf of us all.

Nothing for the media to see, move along there……

It would appear the society in the film ‘Idiocracy’ is heading towards
being fact and not SciFi.

The events of late is also history repeating itself – the Roman empire
ended with circuses to keep the population amused.

What happens when the grown ups die?

No need to question that. You are living it.

Look around at your political representation, your university and school
teachers, your councillors, your churchmen/wymen/other, your judiciary and
police-mediocrities, every one.

“They hit a roadside bomb in Afghanistan, on patrol, on behalf of us
all.”

On behalf of just a few cowardly politicians who’d never set foot in a war
zone themselves.

My brother was killed by a drunk with a stolen car who, two days
previously, had been found drunk asleep in another stolen car. As a result my
brother became one of the 2000 or so each year that are ‘just’ road
casualties.

Nothing special about that, except it was the day of the London bombings.
The following year my employer imposed a two minute silence in memory of the
London casualties despite my protest.

And I think I heard that some football stadiums had a two minute silence
for the victims of the Japanese earthquake and tsunami. One they didn’t have
for New Zealand. Or Haiti. Or Indonesia. What has football got to do with
Japan?

Beyond the problems with the media, too many people want to live in a
perfect world, with their perfect house, perfect 2.5 kids, spend all day long
shopping for that perfect personal item. So perhaps, in some way, the shock of
Sian’s death is a reaction to the world not being the perfect nirvana that so
many people crave for.

Perhaps that should be mediocrity. Small minds with small thoughts. Homo
Sapiens has not changed much. Self preservation comes first to those who
have never put ‘service before self’ and Devil take the hindmost.

We’re on a oneway trip down hill as a people/race/country/society whatever,
but surely there are enough sensible people to work out how to save us from
this complete disaster. How I only wish I knew, for politics/demonstrations
sure don’t make the slightest of difference with all our thoroughly corrupt
leaders/managers.living the life of Riley whilst we all slowly rot. Talk and
complaining is no longer of use we need new ideas and leaders to take the
initiative and act soon.

Mawkish look-at-me theatrics. I’m with the Irishman. A sentimental person
is one ‘who desires to have the luxury of an emotion without paying for it’.
(Oscar Wilde)

Good post, Anna, and a pointed one as well!

Many if not most of my generation (born in the Blitz) feel that emotions
are private, and such occasions where raw grief is to be expected, it should
be private, and not emblazoned as though everyone should share in the grief
and sadness.

When David Cameron’s small son died, the very business of the House of Commons was suspended, but not
much grief was shown for the deaths of four Servicemen who also died around
that time. Yes, I believe their names were read out before the commencement of
Parliamentary business, but that is all that happened. Three of those four
dead soldiers were also saluted in Wooton Bassett in a silent ceremony which
has been spectacularly avoided by just about all senior politicians and
military figures, but few other signs of their sacrifice have been seen.

When a ‘celebrity’ whose claim to fame is that she was spectacularly dumb
is buried, the traffic of London is halted; but few stop to mourn the unsung
heroes who carry our Flag in distant sandy battles!

Times change, and people seem to have changed as well!

In fairness to the senior politicians and military figures, they were
right not to attend Wooton Bassett. The quiet, dignified respect shown by
the townsfolk to the fallen was admirable and appropriate, but quite rightly
was not turned into an opportunity for political grandstanding or publicity
seeking.

But such thinking would not prevent them from standing on the tarmac
beside the plane as the coffins are unloaded. A quiet and sober reception,
but one which presumably would cost the politicians too dear.

“Times change, and people seem to have changed as well!”

Not for the better, either. I guess the psychologists were wrong about
that one, as well.

Strikes me it not an expression of sympathy these people want its
entertainment and a sense of belonging. Greif entertainment, like watching a
popular TV program or supporting a particular football team, provides a
connection with the people around you as you all agree how grief struck you
are. It’s not very well telling your neighbour how upset you are about someone
they don’t know is dead, because they will bore easily and shuffle off. But if
it’s someone from ‘the telly’ you can all stand around outdoing everyone else
with how much you agree with them. Hardly the time to suddenly decide that
while you’re sympathetic but otherwise nonplussed, you have to keep stressing
how upset you are and next thing you know the events above have occurred.

That said, the internet provides ways for us wacky libertarians to get
together and all agree how much better the world would be if the state only
stole the minimum necessary and then outsourced the provision of services. The
sense of community while agreeing with likeminded folks is comforting I
suppose in the same way as agreeing about any other issue occupying the
frontal lobe at the time.

It is the press and media attention. How much public grief has there been
for anyone else murdered/died in the last few months…not a lot…but get a
report in the paper/TV and Bob’s your uncle they happen to have been the
popular person in that county.

Speaking as someone who lives near Swindon and has a friend who told me
their opinion of Sian O’Callaghan (because they actually knew her); she wasn’t
that nice a person.

I am not sure where this convention to canonise every person whose death
gains some publicity came from but I wish it would stop. No one is a saint,
why make them out to be just because they are dead?

Because it makes a better story in the papers, that way. The truth? Who
needs that? Truth doesn’t sell copy.

Doesn’t it seem childish though?

Everything has to fit in a fairy-tale way. It implies that we, as a
society, never really grow up.

“…and has a friend who told me their opinion of Sian O’Callaghan
(because they actually knew her); she wasn’t that nice a person.”

When I saw the angry mob chasing the prison van on TV, I had a bit of an
inkling that might turn out to be the case…

Serious subject, but as others have set a precedent…

My mate Feaxede the fox tells me that he can’t wait until the time when
people leave roses at these impromptu public memorials. The Cadbury’s ones, I
mean…

No, we aren’t subjects any more. We morphed from subjects into citizens in
1983. It says so right here in my post ’83 passport.

Look what I just discovered:

We are ALL citizens. So is Lizzie!

Mind you, I suppose even that is marginally preferable to showing your
‘grief’ by turning up at the arraignment to bang on the sides of the van
containing the accused and then be photographed and interviewed by the MSM,
face contorted in hatred, swearing vengeance.

Or putting a price on the accused’s head.

Face covered in tattoos. You forgot to add that.

A deliberate statement of intent. “I’m a psycho !”

Such self-inflicted facial disfigurement should mean no eligibility for
dole money on the grounds that the person has excluded themselves from many
jobs.

And (if farmers’ complaints are to be believed) those ‘expressions of
grief’ will be littering the countryside for miles around, and endangering
livestock…