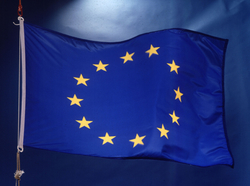 Those puzzled (and pleased?) by the silence of Catherine Ashton, our illustrious unelected European Union ‘high representative’ for foreign affairs, on the current situation in Libya, might care to look back to this article.

Catharine has had her own ‘shock and awe’ campaign running for some years to bring Libya into line with European thinking on democracy. You might call it Low Flying Euro notes, which speed past the radar of British media straight into the heart of Tripoli.

Libya worked on the basis that 30% of the population belong to the same tribe as Gadaffi and are quite happy to be led by a madman.

This is obviously unacceptable, and many millions of Euros have been expended trying to tempt Gadaffi into following the hallowed British model whereby 29% of the population vote a madman into the position of leader who promptly bankrupts the country, along the way installing legislation which allows for secret courts, secret prisoners, and ignores European law in many areas.

However, Catherine has failed, and was left out of the meeting with the French and the Americans when it was decided that 110 Cruise missiles, at half a million a piece, should deliver democracy into the heart of Gadaffi’s fiefdom. That’s £55 million quids worth – even Catherine didn’t run up that sort of a bill with her Eurabian adventures.

We are doing this because the 70% of the population that don’t agree with Gadaffi as leader, are apparently a rag tag and bobtail army who only have the pitchforks with which they captured the crack SAS team to defend themselves. This would account for the fighter jet they had flying over Benghazi which they now admit they shot down themselves. When insisting on a ‘no-fly’ zone, it’s best not to start by shooting down your own planes.

The American stayed out of the skies, still smarting from their last attempt to bomb Gadaffi into following the British model of democracy, when they managed to flatten the Chinese Embassy, but they expressed disappointment that the Chinese abstained from voting for them to have another go. This time Gadaffi filled his compound with young mothers bearing babes in arms, and journalists, just in case they had got the right coordinates at last.

Gadaffi has lost his seat on the Human Rights Commission, but I am still waiting for the unelected Ms Ashton to announce that he has lost his special status on her precious Eurabian adventure. With 2,000 kilometres of Eurabian seafront to offer, he was her star turn, not even expected to contribute, merely withdraw Euros.

I can only conclude that Gadaffi doesn’t want to be ruled by unelected European Commissioners – he obviously didn’t appreciate the benefits…..

The Foreign Office know much more than they ever admit too. Take the SAS
being kidnapped.

Why did they do it like that when they had multiple options to land
anywhere. It is not just the Mafia that like to use the desert to provide
cover for dodgy deals.

Can you imagine another better way to pass Secure Communications equipment
and Surface to Air Missiles equipment to the rebels without breaking
international law. If they get captured there is already a very embarrassing
press story explaining it. They could kill the story if they wished but
instead had a ministerial statement.

Do not think for a single second that a group of Special Forces with a
helicopter full of weaponry do not know how to secure a perimeter or fight
there way out when confronted by goat herders.

I meant 2Mac’s piece, not the original by Anna – sorry…

Thanks. It was not meant to be so long but I started writing and I could
not tell half a story, unlike the BBC.

The BBC are supporting this because it is a revolution. The middle class
commies that run the Beeb love a student revolution for human
rights/democracy almost as much as they love coalition cuts, Palestinian
propoganda and public sector pension changes.

They have hardly provided a single piece of balanced journalism in recent
times.

Fascinating and informative – the internet at its best. You could wait
years for the MSM or Beeb to discover such detail.

Please forward the above to the Foreign Office – they probably do not have
any knowledge of these inter-tribal relationships.

What the BBC cannot be arsed telling you.

Libya is not a country controlled by political ideals or religious
affiliations. It is controlled by Arab Tribes. Yes the youth are doing the
fighting but it is very much approved by the tribal leaders who are
facilitating and supporting the revolution. The only other current uprising
similar to Libya would be Yemen where the tribes are also still in
control.

Libya is controlled by Tribal Loyalty and inter Tribal Division imposed by
the master of intrigue Col Gadaffi. He controls by keeping all tribes in
opposition to each other through manipulation, coercion and force.

Once you understand the demographics and power struggles you realise
removing Gadaffi is easier achieved than it would at first appear. It also
helps you to understand why he is flying in mercenaries and why he does not
have the support of most of the population but still maintains control.

This is no Iraq which was really a Shia Majority country ruled by a Sunni
Minority Government with a separate Kurdish province. If not for religious
divide and Iranian conspiracy regime change inIraq would have been a walk in
the park. If we walk away Iran walks in. Our presence in Iraq is as much for
Iranian eyes as it is for Iraqi.

The following should help you to understand better but Arabs being what
they are they may have all swapped sides again by the time I finish
typing.

Gadhadhfa Tribe:
Col. Gaddafi controls the Gadhadhfa tribe, which
dominates the security apparatuses and militias affiliated to the regime. His
Sons, family, cousins and other senior tribal families hold all key positions.
They will fight to the death regardless of right, wrong or chances of success
but will not wipe out the tribe in order to preserve one man’s ego. They have
many enemies and senior members would be killed after revolution.

Location: Based Sirte and Sebha. Present in Tripoli and Benghazi

Location: Taorga to Tripoli (30% of Tripoli)

Zentan Tribe:
Large and influential tribe from the Nafusa mountains, a
lot of members in the security forces and they are actively fighting against
regime and the mercenaries.

Obeidat Tribe:
Gen `Abdul-Fattah Younes Al-`Abidi, the Interior Minister
left the regime after pressure from his tribe Gen Suleiman Mahmoud Al-`Obeidi
has also joined the revolution, he has supported Gadaffi since 1969.

Tarhuna Tribe(s)
Support revolution and attacked buildings affiliated
with regime. Also known as the blue men of the desert they live in southern
Libya and have the same cultural identity as North African populations.

Zawiya Tribe
Controls Oil in south and also fighting against regime.
They threatened to turn off oil to Tripoli when regime fired on
demonstrators.

Maqarha Tribe:
Gaddafi loyalist Gen. Abdul-Salam Gulod Maqarha has not
joined the revolution YET? If he does this should see the Regime crumble
deemed One of the most influential tribes.

My birthday yesterday – and that means I had two missiles for every year on
my cake!

I no longer have a TV so aren’t fully up to date with the canned version of
what’s going on.

The BBC seem to be up to their usual tricks on a couple of clips I’ve seen,
ie COALITION this, COALITION that, COALITION supported by the Arab League
garbage.

I had such high hopes when Obama replaced Bush that things would change.
Sadly, the 1st thing he did was send more troops to Afghanistan and now more
US involvement overseas. A case of meet the new boss, same as the old
boss.

I think I have seen these people before, usually they end up killing
homosexuals, stoning adulterers, forcing women to wear burqas and enforcing a
savage form of law from the twelfth century. I think the camoron should have
studied the likely repercussions of his actions.

As usual the US have shouldered the majority of the cost and action for
Euroland’s stupidity, this could end quite differently when the US pull-back
in a few days and Euroland’s flaccid militaries takeover a lawless third world
hell-hole ripe for infiltration of Al Queda, Hezbollah and Hamas looking for
an oil-rich country to bankroll their ongoing jihad. Well done dave.

It has been said that one person’s freedom fighter is everyone else’s
terrorist. At the moment iDave is following the guilt route – the last lot
let a supposed terrorist return home to die and the US got all upset so now
he is trying to appear to be hard on those people. He is no better than
BLiar, in fact he is worse because he doesn’t even have a dodgy dossier to
wave about.

This is something we will find very hard to get out of, something we
should never have got into in the first place, if only for the reason we
can’t afford it.

Hmmm….dilemmas dilemmas. I thought Cameron’s speech on Friday was
convincing and strong. But the road to Hell is paved with good intentions…

My attitude is that provided the incident / conflict / war is contained
within the borders of that country, then it is nothing to do with us. However,
once it crosses that border it should be met with all due force.

So long as that border is ours.

How many swift military interventions have we seen so far, lest there’s
OIL?
The countries at civil war in the world are numerous, yet it took e.g.
10 years before it was considered necessary to “do” something about former
Yugoslavia.

And why was Sarkozy so eager to be the first and only one to recognise the
“rebels” as Lybia’s ruling party and now to lead the attack to a the country,
whose leader accuses him of having accepted money for his presidential
campaign. Paranoïa, I know …

There appears to be one voice in the MSM that questions the UN
actions.
http://www.dailymail.co.uk/debate/article-1367993/Libyas-War-Why-just-let-fight-make-friends-winners.html

My question is, who are these terrorists that want ‘freedom’? It appears
the freedom they want is the freedom to impose their own ideas on everyone
else – much like our politicians only in a more sinister manner.

Sadly it seems we have landed ourselves with another open-ended commitment
unless Gaddafi, being the only probable winner, crushes this rebellion
quickly.

they asked for freedom and received war

Yesterday most of the comments in blogs were saying that it was a moral
duty to intervene, today the majority in Liberationist blogs are saying stay
out of it, including some formidable janissaries like Old Holborn.

This blog has always said stay out of it!

Could we swap iDave for him?

A week ago when Gadaffi was ranting about the insurection being a minority
organised by foriegn invaders and crusaders I bought into the line that he was
mad.

But after a week of seeing no evidence for the massacres the news keep
saying he is commiting, followed by the raining down of our missiles on his
people I am convinced the man is far from mad.