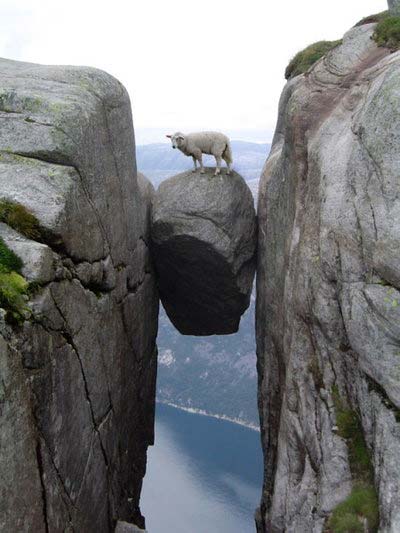 Pornography was once an art form to be enjoyed exclusively in your own home, in private, away from prying eyes.  Victorian sensibilities ensured that.

These days Pornography, at least the so-called âsoftâ pornography is on sale and on view everywhere. So called historical dramas on our TVs â The Tudors, natch â turn out to be little more than an excuse to bring heaving, sweating, rutting bodies into our living rooms to be enjoyed in the company of grandma and our neighbours. Sex is a public sport, taught to our children at schools, and has even entered the field of political commentary, thanks to the semi-naked Mrs Bercow, who gave an interview to the Evening Standard full of sexual innuendo â and was amazed to find that this resulted in p-u-b-l-i-c-i-t-y, whoâd a thought it eh?

Yet whilst this happens, we are increasingly encouraged to be judgemental within the privacy of our own homes. Television, piped into our private homes, away from prying eyes, has become a continuous stream of carefully contrived opportunities to be judgemental. Nay, it is required of us. Â£1 a minute phone lines are the essential accompaniment to every reality show, that we might express our criticism of our fellow man in safely anonymous and hugely profitable format.

The latest show to employ this format is âLove Thy Neighbourâ, whereby Channel 4 purchased a Â£300,000 house in Grassington which will be awarded to one of 12 couples selected by them.

When you live in a small village, irrespective of whether you buy or rent, you are essentially agreeing to live your life out on a small stage. Your every waking moment outside your front door will be viewed â and commented on â by the same 4 or 500 people every day. Given such a limited pool of subject matter, you can be sure that it doesnât take a lot for any unusual attributes to be singled out for excessive comment. If you are the only transvestite in the village, and given that transvestism holds a damn sight more conversation possibilities than fertiliser, especially when you have exhausted every âfertiliserâ angle over the past 50 years with the same faces in the one pub, you will be the subject of conversation in quite probably nine out of ten conversations.

Most people are quite capable of working this equation out for themselves; if they like being the centre of attention, they go ahead and buy that cute cottage, and are dully fulfilled; if they donât, they bury themselves in the nearest city and disappear into a community of cross dressers where it is the rare stiletto wearing fertiliser salesman who becomes the object of discussion.  Itâs called a free market, and voting with your feet.

Not for them the free market model, whereby those who donât wish to be the equivalent of âthe only gay in the villageâ chose not to live there, and those who pride themselves on being â variously â a gay couple undergoing IVF treatment, some New Age Travellers, a young couple far from their Indian heritage, and a single Mum that we are promised will be âplain speakingâ â an ominous phrase that reeks of a potential Royle family cast member â are parachuted into the conversation pool.

The âwinnerâ gets a free Â£300,000 house that they can turn into cash and take off with, the village gets put under the microscope as they are invited to judge these disparate potential neighbours â and for the villagers there is no escape route.

The first episode featured Philip and Simone, a couple of political hopefuls who happened to be black. The village stared at them as they arrived, their first chance to view any of their new neighbours. We were invited to believe, nay encouraged to believe, that they were stared at because they were black.  Good God, do the programme makers know nothing of village life? Theyâd have been stared at if they were a new cross-bred sheep, or a Ferguson tractor with an unusual ball-hitch on the back. Theyâd have been stared at if theyâd been the local Squire â followed round by a man with a camera on his shoulder and a girl with a puffa jacket taking notes on a clipboard.

Told that he was a political hopeful, on villager responded âI canât vote for him. Iâm supporting the other guy even if heâs a child murderer,â â the unspoken assumption being that this was on account of his being black. Given that Philip spent so much of the programme pushing a copy of Maggie Thatcherâs autobiography into camera shot that I started to wonder if product placement had already become a reality, we might reasonably have explored the possibility that the villager was a lifelong tribal Labour voter.

How disappointed the programme makers must have been that given the opportunity to vote for a helpful and energetic white couple who threw themselves into village life over Philip and Simone, they took the safe route of voting for the couple who proved themselves capable of organising that essential village activity â the Quiz night. Who just happened to be the black and Conservative Philip and Simone.

Better luck with the next episode Channel 4, given the choice between two gay couples, you are bound to find some juicy prejudice against the losing couple â itâs bound to be homophobic. Isnât it?

In Grassington they stare at you if you arenât wearing sack cloth, covered
in warts nd carrying a posy to protect yourself against the Black Death. The
nearby Red Lion is nice though

Well, I donât intend any offence, but a nun with a gun is going to
attract some attention almost anywhereâ¦.

No, Iâm pretty certain there are studio execs out there who are just
waiting for the chance to stage âThe Ruuning Manâ for real.

Or, to use another King book, âThe Walkâ. Hell, maybe they could get that
into the Olympics?

Think Iâd sooner have the bread.

Have to be consistent & defend their right to show it while exercising
the right to label it as trash TV & not watch it.
Following on from
sundayâs discussions, I guess there would be a limit to the defence of
entertainment e.g. the fictional gameshow of Running Man or the real-life
dance marathons of the 30â²s where some died of exhaustion.

I confess I havenât seen this programme and from the comments, I donât
think I missed very much. From what you say, he hopes to be a politician of
some sort. Well. as someone who has lived in villages for a lot of years I may
have bad news for him.

Iâm not sure if itâs just restricted to the South West, but in these parts,
a stranger is referred to as a âgrockleâ â a tourist, or a visitor. Now, I
have been living in this particular village for over ten years. I am involved
in the Neighbourhood Watch scheme, Iâve participated in numerous Parish
Council activities. Rather than appearing an outsider I have thrown myself
into âBest Kept Villageâ activities and weeded and planted along with the
best.

But am I accepted? Nope â Iâm still a grockle! I think itâs probably part
of the village psyche that until you reach second, or third generation, locals
assume you will soon move on.

So if the couple in this series are hoping for local success â dig out the
trowel, hang around the local pub â¦ and be prepared to wait about 50
years!!!

Lets face it tacitus, from previous comments you have made, youâre just a
trolling white settler â you probably hate the Yah Yahs, because you know
youâre socially inferior to them and you despise the rest of the locals ,
because of their course & brutish outlook on life. youâll just have to
rub along in the company of the other 30% of the village who are DFLâers
.
As you have condemned your neighbhoursâ children to living in some
rented shithole on the edge of Bridgewater / Bridport / Barnstaple, why the
f**ck should you expect a warm welcome ?

You know something backwoodsman? My entry today was really quite
innocuous (http://bit.ly/gdGMlr â I took the liberty of giving you a
link so you could understand âbig wordsâ) and essentially,
non-controversial. Nonetheless, you have taken it upon yourself to âflameâ
and generally become offensive. Why â is it because my opinions are so
radically different from your own? If so, you demonstrate a lack of
understanding of the essentials of free sppech.

Alternatively, perhaps you generally like to offend? Perhaps this is
how you âget your kicksâ, because online you can be nameless, faceless and
hide your bitter, twisted thoughts behind the anonymity that is allowed in
cyberspace.

Perhaps you thought someone would find your rather twisted and
offensive comments amusing. In which case, I am reminded of a popular
author wh0 once described this kind of humour as anger with its make-up
on. Now, as I recall, I have done nothing to directly offend you, other
than respond to some of the postings on this (and indeed other pages). If
the owners of the site had not wished me to comment they would have closed
the comments â they did not. Therfore, I feel I have as much right to
contribute as any other person â including yourself. Notably, I have NEVER
made any abusive comments about any of your contributions.

I do not respond to every posting â indeed, on some I have no
observation, but where I do I have, and will continue to post â unless
requested not to by the site owner. I resent the use of the term âtrollâ
to describe my actions, because I am no more of a âtrollâ than yourself â
the difference being that I do not intentionally aim to offend anyone.

I have never assumed the readers of this site should agree with me,
indeed it would be a tragic world if we were all robots and sat there
nodding with each other. But I do feel I have a right to state my opinion
just as you have the same right â but both should retain the essentials of
common courtesy and decency. I would suggest in our future contributions
we attempt to maintain such a standard out of basic respect to the owners
of this very well presented site.

I donât watch mainstream television â doubt Iâm missing
anything.  (Actually I donât watch television at all, really,
except Wimbledon.)  I am therefore woefully or joyfully â your
choice â ignorant of the background to this article.  (Anything to
do with âMrs. Daleâs Diaryâ ?  Is she still worried about
Jim ?)

I read the comment of Tacitus, however, and it prompted me to say
that â whether one agree with his views on the article or not â his
response to backwoodsman is well written.

(Iâm not getting at backwoodsman, incidentally :
merely expressing support for the âfreedom of reasonable
expressionâ.)

Oh, the irony!
(You werenât here on Sunday, those that were will
chuckle!)

Tacitus, having grown up in the South-West, I can vouch for what you say
about not being âacceptedâ, but AFAICS, the reason that incomers are not
âacceptedâ, is that rural folk, who grow up in a small community, tend to
know everyone else who has grown up there, probably from birth, certainly
from school. Theyâve known each other a long time. When theyâve known you
for a similar time, then they will behave towards you as they behave towards
their fellow inhabitants.