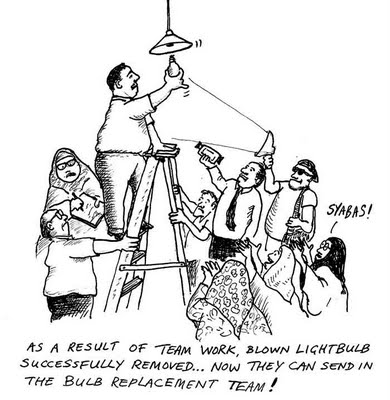 Senior Civil Servants – you have to love ‘em don’t you? For months now they have been urged to find ways to save money in their departments. Some have responded by ‘cutting front line services’, others have toiled ceaselessly to ensure that they are ‘less of a burden on the tax payer’. All have been engaged in an operation to ensure that their own backside remains in the golden seat.

They might be prepared to let go of a few junior staff – but only because they are preparing to hire more in a different town – of course that comes under the heading of ‘creating employment’ – a ‘good’ thing.

The Public Guardian is not immune to this deck chair shuffling. Yesterday they sent out a consultation document describing how they were intending to be less of a burden on the public purse.

For a mere £19.75 they will flog you a copy of their latest accounts; these show that their income last year was £22m – a 25% increase from the £17.6m in the previous year. Those expensive Lasting Power of Attorney’s coming home to roost.

78 pages to be printed out, most contain only one paragraph, so a bargain for those looking for a suitable surface to doodle on.

I digress, they intend to be 100% ‘fee funded’, no doubt expecting to be held up as a model of public sector efficiency. Last year 7% of their income had to come from the tax payer via the Ministry of Justice.

This year the chief executive is probably harbouring secret thoughts of a ‘gong’ for saving the taxpayer £1.5 million – what is his recipe for success? Is he cutting the number of agency staff (currently a third of the workforce), perhaps he’s remaining in the building he set his heart on a few years ago and is now disillusioned with? Is he putting all his records in one place so that he doesn’t incur horrendous courier charges moving them up and down the country?

Don’t be daft – any of those moves would impede the flow of the mighty empire. He is going to save the tax payer £1.5 million by the simple expedient of charging the truly vulnerable more money! Simples.

Hence the consultation document which came out yesterday, full of useful information such as item 76 showing that he’d done his standard impact risk assessments:

“The proposals should not lead to a change in the emission of Greenhouse Gases or to the environment”.

What? None of that hot air is going to affect the environment? Amazing.

Phew! Just in time, for they only had until 21st May 2011 to complain that shifting the burden from all taxpayers onto the shoulders of the truly vulnerable taxpayer was perhaps not quite what Eric Pickles had in mind, when they saw to their horror, what! Loud and clear on page 4 of the document showed just how confident the OPG were that no one would comment adversely – they intended to implement the new fees on 1st April – a full seven weeks before the consultation ended. Nothing like jumping the gun!

Angry phone calls were made to the new ‘communications hub’ at the OPG, which produced this response:

Further to our E-Bulletin of Monday, 28th February, it has been brought to our attention that the OPG Fees consultation document contained an error in the executive summary. It stated that, if agreed, the proposals in the consultation would be implemented on 1st April 2011. This date should have read 1st July 2011 (as reflected elsewhere in the document) which will allow time to analyse the responses and for a decision to be made on whether to implement the proposals post consultation.

We apologise for any confusion this mistake may have caused and the consultation document has now been amended. You can access the amended document using the link below:

This organisation has a current income of £22,000,000 from 166,000 individuals– their intention is that every person in the land will register a Lasting Power of Attorney at £120 a time. A mere 61 million of us.

It comes to something when members of the public have to proof read documents issued by the Ministry of Justice….

To cut the size of the various government departments you assign the task
to a different department with the stipulation that for every front line
position lost there must be two top positions culled, starting at the very
top. If you wanted to be nasty you could also stipulate that there would be at
least a 50% reduction in expenditure.

The MOD is a special case. There all military persons above the rank of
Colonel, or equivalent, goes with 80% of the civilian staff. If form fillers
are needed then these can be drawn from the ranks.

The same sort of thinking should be applied to the NHS.

I think this self sufficiency of public office is the way to go. We should
start with the benefit agency who should immediately be tasked with making a
profit. Anyone applying for things like housing benefits , sickness benefit,
child benefit etc should be charged an application fee and an ongoing
subscription fee sufficient to cover all paid out benefits, plus the
administration cost. If this could produce a small profit towards general tax
revenues so much the better.

Scrolling swiftly over the blank bits in this consultation document I was
struck by the number and type of impact assessments listed below by paragraph
heading:

Yet could not find the most important one – viz: the impact assessment on
the ability of an 89 year old to fund £30,000 min pa care fees following
further OPG fee increases.

My aunt comes into this category having been in their “protection” since
2003. So I can translate what these proposals will mean for her and people
like her. Her OPG fees are currently £175 (Type II Supervision) and she needs
a £375 Bond (based on her capital and so different for all) PA. Any Court
Order that may be required currently costs £400. Under these new proposals the
Supervision fee will be £320 for all. Her basic annual fees (without Court
applications) will go from £550 to £695 PA. There are currently 20,000 out of
the 35,000 patients on a Type II Supervision regime.

These changes have to be approved by Parliament, and I hope MPs will be
mindful of the plight of the patients under this regime whose circumstances
are similar to my aunt and for whom £320 pa + bond (proportionate to capital)
as well as £400 for any Court applications will further deplete their
dwindling capital which at the moment is not earning any interest. My only
concern and I know the concern of other Deputies is that the capital is
sufficient for the needs of their relative, so that they can exercise choice
over their care and not be reliant on the state. I have no objection to the
supervision of the Court however, my only contact with them is to submit my
accounts each year and I feel that £695 for this “service” next year will be
exorbitant.

Also a concern is the proposed fee increase for registration of an LPA from
£120 to £130. If the intent is to encourage everyone in the country to have
one, which would of course obviate the need for financial “Deputies” at the
Court of Protection. This also makes everyone a “stakeholder” in this
consultation, so you really should comment on it. They want you to and your
views will be considered. With only 35% of the population making a will, for
which there is usually a cost implication, can it really be expected that
these proposals will encourage an already hard pressed population to pay for
an additional document which only 1 in 4 will actually need?? I note that
there are BOGOF proposals to ameliorate the price increase for this – I only
wish they would.

I saw the picture at the top of the post and initially I thought you were
commenting on the recent news that the MoD pays £22 to have a 65p light bulb
changed.

Illuminating as they say, I just had an e-mail telling me of the
complicated manner in which a light bulb gets changed in the Court of
Protection, invoiced by the Public Guardian, and recovered from the Ministry
of Justice – whence all the Court of Protection fees went in the first
place.
Light bulbs seem a particularly difficult issue….

What’s the MOD doing with 100W light bulbs anyway? I thought the EU had
declared them illegal, unless the MOD gets an exemption on the grounds of
national security.

This organisation used to be called “The Public Trustees Dept”. Its
function was to look after the affairs of the most vulnerable amongst us, to
the best advantage of the clients. Then along came Blair. He felt that as much
as possible of the estates of the most vulnerable should be transferred to the
public purse. He assumed that being vulnerable, and mostly elderly with few
close relations, no one would complain. It will take years, possibly decades,
to undo all the mess left by Blair and Brown.

Ken has admirers? When did that happen?

Flippant mode off, before it reads like a conspiracy theory. His
left-wing Conservatism becomes identical to the pro-EU and the “there are
no criminals” view of the Libs. The beard reference was to an individual
who remains unconvicted but is notoriously litigious (Order Order has
covered it).

It’s classic Orwell when The Public Guardian ends up harming the
public.
Until a reshuffle I can’t see anything changing at the MOJ, apart
from it getting worse.
Dear old Ken has his admirers, they’re just not from
the same political party as him.

I suspect they’re trying to play both ends against the middle; after all,
you’ve quoted their specific statement:

“The proposals should not lead to a change in the emission of Greenhouse
Gases or to the environment”.

It will be interesting to know they intend to maintain current emission
levels, when their workload is intended to increase by 36,700%