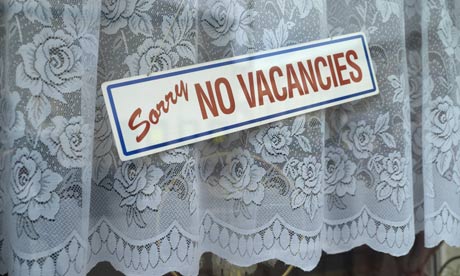 One of the undoubted success stories of the Labour government (did I just write that! Indeed I did!) was to associate any  discussion of immigration with racism and fascism to the point where irrespective of your colour, you knew better than to broach the subject.

Sure, your local High Street may have become the new front line for Albanian independence, with warring soldiers lining up on opposite sides of the road to hiss and spit at each other – yes, I have been to Southend! Certainly you may have been kept waiting for several hours in your local hospital with your left arm hanging off as they dealt with a trail of coughing, spluttering, TB victims. Indeed, your child may have struggled at school whilst 23 supply teachers battled to convey the information in 23 different languages – but you knew better than to question these things since to do so was to be labelled a racist far right thug, and be denounced by the authorities.

Since immigrants were by definition not of British race, any suggestion that a few less might be welcome was automatically an affront to other races. It is a credit to the Labour disinformation machine that they so successfully peddled this nonsense, to the point that the only people prepared to speak out were the far right thugs who had long since ceased to care what anyone thought of them.

The inconvenience created by this sudden upsurge in inhabitants was not felt in leafy Primrose Hill, nor down Harley Street, nor in the extensive grounds of the Oratory School – but in the cramped confines of the working class districts of Birmingham and South London, where previous immigrants were fighting valiantly to get established in their new country.

Overnight a new Populus poll has shown the depth of their disillusion with Labour’s immigration agenda.

Naturally, Labour have been out and about early today – Jon Cruddas describes it as a ‘very real threat’ – and threat it is – to those politicians who wished to portray anyone who questioned the arrival of so many newcomers as latent members of the BNP.

Some day there will be a mainstream politician who will have the courage to say that nobody cares what race or colour the new comers are, Britain is full up and until we can find more space, houses, food, and schools – we just haven’t got room for any more.

The ‘very real threat’ is that all those potential voters will cluster round them and ignore the main stream parties. It won’t be the BNP or the English Defence league – their image is too tarnished, but someone will come along, and they won’t be ‘far-right’ – they will be mainstream. In tune with the voters.

“It’s always the Indians and Pakistanis working at airport passport control
who are the evilest.”
Well, perhaps that is now, at the present date.
I
don’t know.

But there has always been a strain of servitude in the British
mind.
Consider how many times in casual discussion do you hear things such
as “…shouldn’t be allowed…”. Do such speakers realise that for something to
“be allowed..”, then someone, somewhere, has to be “The Allower”?
The
Americans do it better. They are quite likely, almost certainly likely, to say
something such as “…I don’t agree with what that person is doing/saying, but
it’s his/her right…” and then an Amendment will be quoted. And that’s that.
The person in question has inalienable right on his/her side, and that’s
that.
Except for government, which is legally limited, is always seeking to
illegally extend it’s power, (as today) and is always being rebuffed, and
forced back to the Constitution, as will happen soon, Constitutionally.
In
America that is, but not in the UK, which alone, in a world of absolute rulers
of every kind, started the freedom thing so long ago. And then forgot
it.
After 3-4 generations of socialist propaganda, the British Population
has lost it’s sense of purpose, it’s will to fight for it’s children.


OK, perhaps it’s not applicable now, but one of my memories is landing in
Brize, after a flight from Ascension, during Falklands War I. Several hundred
war weary servicemen, very reasonable and balanced to talk with, even to a
civvy such as me, who hadn’t been down where the bullets and stuff was flying.
But these lads had, and “lads” is a good description of them, since they were
all very young. Some had souvenirs certainly, they didn’t confide in me, no
reason, anyway, I didn’t ask, I had on a blue suit, not government issue
uniforms. So literally, I was not one of their cloth. But treated with normal
friendly politeness. No problem either side.

In Brize there was ONE customs man, (his job title doesn’t merit capitals),
who took his time enforcing Her Majesty’s customs regulations. Everyone had to
describe whatever it was they had in their bag, if it was or could be illegal.
Just like returning from 2-weeks in Ibiza. So the odd extra bottle appeared,
and was confiscated. And cigarettes. Also the occasional handgun, probably
souvenirs from Argentinians, who wouldn’t be tempted do do something similar
in similar circumstances?
The line was long and tedious, and when I reached
the front, I mentioned the officials diligence, wondered why perhaps under the
circumstances, a little leniency might be allowed to these serving men, en
route to Blighty after fighting for Q & C?
I was only carrying the
standard, square-shaped briefcase, bulky, space for a few clothes as well as
papers, for a few days, standard businessman kit. My question was ignored, he
only wanted to know if I had anything to declare? I didn’t, on the whole
travellers such as myself didn’t bother with such things, and of course he
could read me well. A quick glance at me, my passport, and I was through.

My little question achieved nothing of course, but I wondered then, and I
wonder now, does no one in officialdom have any concept of relaxing QR’s for
fighting servicemen returning home, from battlefields?

Or do they all still just “…do their jobs…”.
The above is probably miles
off course from the thread of this blog, but I somehow feel that there is a
relevence here.

Of course there was such a politician with some foresight into the problems
that a proposed “Race Relations Act 1968″ might impose on the “existing”
population.

He spoke about what he deemed to be a problem of preferential treatment for
immigrants and how this was worrisome to a large proportion of his
constituents. He was abused and hounded out of politics for his trouble.

I invite you to read Mr Powell’s comments from April 1968, and apply his
predictions to your current situation, I do not think you will find his
warning deficient in any way.

As to the proposal to form a new party to address the rampant economic
problems imposed by unlimited immigration by people with little or no useful
skills I am agnostic, splitting the 30% “right wing” vote is a recipe for a
liebour government and all the problems that we are discussing. A better
proposal might be for local conservative constituencies to reject candidates
parachuted in from central office and run a slate of Thatcher tories. (yeah
I’m dreaming, sometimes that is all us WOG’s (white old guys) have )

There is one thing that would slow immigration to a trickle or stop it
completely – NO handouts from the government for anything to anyone until they
have contributed five consecutive years of paying tax and NI. By everyone I
mean those born in the UK as well.

Of course there isn’t a politician that would even consider such thoughts
but they should or they will finish up being redundant to requirements and
overtaken by those that are willing to do something.

A tricky subject, and one of the ones that tends to get ‘first time
commenters’ popping up with angry accusations. To anticipate some of the
arguments, “It’s just white supremacy”. Unless someone can produce a video of
me addressing a Nuremburg rally I completely reject that one. There won’t be
evidence because there’s never been those thoughts or words.
The 2nd
accusation, selfishness, is more tricky to refute. A lot of the world is
poorer than us and I couldn’t quaff cocktails on a terrace bar while people
below were dying of malnutrition, but I’ll need to think more about the
argument. It’s, as Holmes said, “a 3 pipe problem”.

Refutation (not a proper word, look away Pericles) Pt2.
It’s the
‘nobody wins’ argument. If people are moved to the extent that it makes the
Western economies unsustainable you end up with equality of starvation.

No mainstream politician will speak out until it is too late, sadly.

And not debating with extremists such as the BNP panders to their
propoganda machine. Why won’t main stream politicians debate with BNP/EDL
but are willing to debate with murderers and other criminals?

The thing is if a main stream politician did debate with the extremists,
the extremists points would be easily torn to shreads. However but not
talking the extremists can peddle whatever lies the public like to hear.

Immigration is a problem. But not in actual numbers arriving but the
disproportionate affect it produces. All these multiple languages, the extra
effort in handling them, etc puts a strain on existing resources. Existing
resources which are already at breaking point because of overstreached
staff. Staff who are being told to carry out procedures which are
buearcratic to the extreme by managers who are overpaid and who themselves
are ruled by the rod of political correctness and “fairness” and
progressiveness.

It’s always the Indians and Pakistanis working at airport passport control
who are the evilest.

Unfortunately a significant number of immigrants won’t take part in the
forthcoming census; and, will not face prosecution because they didn’t take
part in it.