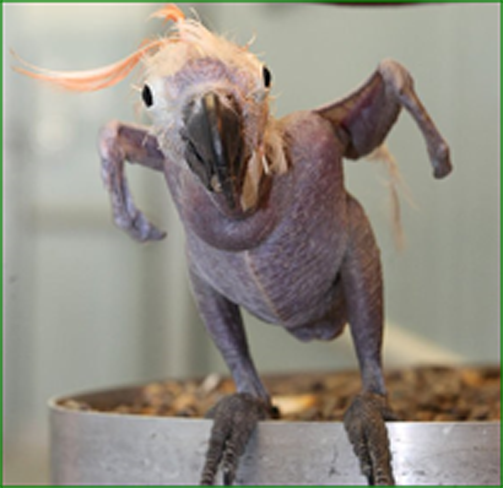 Petty Polly – when all around her arguments are crashing – Polly continues to parrot the same old line. Yes, she’s off and running again today.

The release of the ONS figures yesterday caused much consternation in left wing circles. The mantra of ‘cuts, cuts’ cuts’; your grandmother will be starving in the gutter; paraplegics forced down the mines to haul coal; the one and only Inuit in Wales will get his Gas bill in English; woe is us; the end of the world is nigh – was looking more than a little peaky.

Labour’s propagandist-in-chief managed to completely overlook the fact that the one area of growth in the economy was?

The ONS said all areas of the economy dipped from October to December except the public sector, which grew by 0.7%.

Shall we try that again?

Except the public sector, which grew by 0.7%.

Polly, faced with these words, transcribes them as:

Really Polly? Even for your precious public sector? Given the depth of feeling within the private sector towards featherbedding those make believe jobs that Labour created, I would have said that 0.7% growth was remarkably good news for you, news that you would have been trumpeting from the rooftops had dear Gordon still been at the helm.

Given that the overall economy shrunk by 0.6% over the same period, it sounds suspiciously to me as if the private sector is bearing more than its fair share of the pain necessary to counteract Labour trying to buy the last election.

Polly says the answer is ‘to make sure everyone really is in it together’ – without so much as a trace of irony! Hmmn, so we can expect to see Polly campaigning for more cuts in the public sector then, can we?

I doubt it, for Polly then goes on to suggest that the best thing you can do is to join the UK-Uncut demonstrations……’enjoy their witty symbolism’….keep going until the banks are fairly taxed and the money turned into ‘libraries, classrooms and swimming pools’.

Then move smartly on towards the Guardian offices – and demonstrate there until the Guardian takes its millions out of Cayman Island tax shields, and is fairly taxed itself.

Do parrots swim? Anybody know?

Well Polly was right abouty one thing. If the public sector is still while
the economy is shrinkingthat is bad news for everyone except public sector tax
eaters.

Interesting statistic.  Knowing that, in the wake of Labour, the
public sector accounts for around half of G.D.P., we can reasonably infer from
being told it declined by 0.6% in 2010Q4 that, if the public sector grew by
0.7%, the private sector must have shrunk by around 1.3%.

The table shews some of the constituent figures.

The rise in the utilities’ output (for which read ‘income’) is not
surprising :  the energy companies bumped their prices up and the
demand for their product is inelastic.  Conversely I assume the effect of
the weather on income in the extractive sector is analogous to that in
construction.

Interestingly manufacturing output climbed.  This is a small but
encouraging sign ;  long may it continue.  Most significant
perhaps are the data for employment remuneration and corporate profits, both
shewing a growth not only over 2010Q3 but also over 2009Q4.

That government expenditure continues to grow should not surprise us
either :  this government seems as much convinced as the last that
its own intervention is the solution to all problems … with the possible
exception of the defence of the realm !

What is really enlightening is seeing the top ‘recommended’ comments on
there. The Guardian readership isn’t quite the dogmatic leftist hegemony that
Polly still thinks it is.

Yes, I heard about the Guardian hedge fund…

The lefties keep telling me how the cuts are ‘sexist’ because they
disproportionately affect the greater number of women working in the private
sector.

The private sector went through a catastrophic crash a few years ago,
meaning as a man I must have been “disproportionately affected”. Where are my
damn handouts?

Once you remove your foot from their head, probably.

I heard a fantastic comment from a Labour councilor in York about the cuts
in their budget. He was moaning about the 80% (yep 80%!) cut in the Holocaust
memorial day fund. I didn’t realise that this was a front line service.

Unlike the libraries that Bradford is closing to save some tens of
thousands whilst the keep paying their staff above market rates for the
mileage allowances which if cut back to the norm would save more money.

Though to be honest I would still cut library services because their time
has come in the age of the internet, but only after savings had been made
elsewhere.

SHOCKED! I am shocked, I tell you. Such lewd photographs of naked female
parrots are disgraceful and pander to the worst instincts in parrotkind, it’s
enough to make me complain to Polly Toynbee or Harriet Harparrot.

This is not becoming such a respected blog as this.

By the way, the answer to your question about parrots swimming can be found
here: