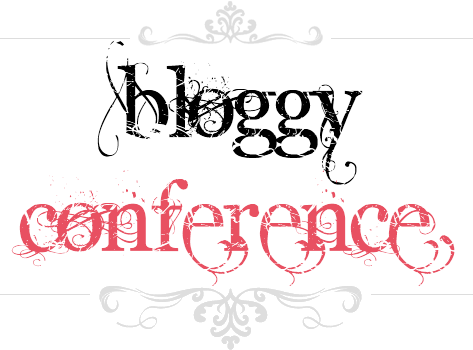 A few days ago Anna reported on great and the good of the blogosphere (allegedly) holding an expensive conference to help goodness knows who cope with the phenomenon of bloggers, tweets and so forth.

Well, we may not have fancy conferences down here at the Abbey, but we can do better than that! Radio Gildas recently launched its late night confidential phone-in ready to deal with politics and personal matters alike, fearlessly taking on any problem. Aided by âRaccoonistasâ Sister Eva Longoria and Randy Hack the results were predictablyâ¦odd, and a transcript of some of the best (or worst) of the show appears below.

GILDAS: Hello and welcome to the Abbey and our first live phone in! We have a trio of experts for you tonight, ready and willing to answer all your questions on all things, personal, political or blog related!

HACK: Oh shit, Iâve knocked my drink over! All down mâpants dammitâ¦

SISTER E:Tra la la! [WHISPERS ASIDE] Here use this, mop it up dearâ¦

GILDAS: (AHEM)â¦.And to my right wit, raconteur, bon viveur and man about town, the Man in the White Suite, Randy Hack!

HACK: That should be my right hand youâre sitting on Eva (GUFFAWS)

SISTER E:Have one of mine.

GILDAS: Now our first question comes from âTBâ of âno fixed abode,â who describes himself as a âMiddle East Peace Ambassador.â Wow! Your question please, TB!

TB: Hello Gildas! Well yeah rightâ¦you know, I like to think of myself as a pretty straight kind of guy, but lately Iâve been getting a lot of grief off, you know, people who donât seem to like me. Amazing, you know! When I was in power the journalists mostly seemed ok, but not those bloggers, and itâs getting worse. What I want to know is whatâs the difference between a journalist and blogger anyway?

GILDAS: Great call TB! Randy, over to you.

HACK: Look Iâm frigging parched. Is the Chablis all gone? .

HACK: Thanks babe, I bet thatâs not the only âbad habitâ youâve got! HAH HAH HAH!

HACK: Right TB (SLURP) itâs like this (SLURP). A âJOURNOâ is someone who pays you a bit of respect because he is scared he might get fired or you might have him killed and make it look like suicide like you did with that David Kelly bloke, whereas a BLOGGER is someone free to call it like it is.

GILDAS: Good point Randy! Our next call is from âGBâ of Fife, who describes himself as âa misunderstood saint and expert economist and a bit of a loner.â Over to you, GB of Fife!

GB: (THICK SCOTTISH ACCENT) Hello Gildas. My problem is I am very bitter and boring and I have no friends. So on the advice of someone weâll call Mandy (I thought he was my friend but he wasnât) I started a Twitter account. My wife Sarah has one and itâs very popular, Iâm told and high in the ratings, but my Twitter rating is really low.

GB: Well Iâve heard Sister Eva has a lot of followers on Twitter My question to Sister Eva is: how do I get it up?

SISTER E:Well, GB, have you thought about being human as opposed to a miserable robotic killjoy?

SISTER E:No, I thought not. I usually recommend chanting âOhm, Ohmâ. But for you it wonât work. I think you need âtough loveâ. In short bugger off before I shoot you in the head.

GB: Thank you, Sister, Those are the kindest words Iâve heard in years!

GILDAS: Large one over here please Randy! Now our next question is from the unusually named âiDaveâ who says heâs from London and Oxford. Well he does sound posh! Hello iDave, are you there and what is your question?

iDAVE: Yes Gildas Iâm here. Great show! The problem is that I am indeed posh and all my mates are posh too. In fact everyone I know is very posh and stinking rich. Iâve got this idea for the âBig Societyâ but no one who isnât posh and stinking rich is interested. Everyone thinks Iâm just too posh! I feel it needs more publicity. Iâve tried a âWebCam-eronâ but it didnât really catch on. It was too posh! Have the panel got any ideas to make my web cam less posh and more popular?

GILDAS: Sounds tricky iDave. We are talking serious âspinâ issues here. Have you tried taking your tie off?

iDAVE: Yes, I do that but I still look posh and condescendingâ¦

SISTER E:Thatâs a problem iDave. Have you tried getting pissed on Red Stripe, rolling your own and living on benefits?

HACK: I think I can help you here iDave! I hear your wifeâs a bit of a MILF, as the kids say! Hereâs what you do. Invest in a bit of a bit of cheap underwear from Ann Summers for the misses, move the web cam to the bedroom and get her to jiggle her constituencies about in front of it and talk dirty. She a posh girl too so sheâll be right up for it! You can call it the âSam Camâ â hey, see what I did there! Set up a PayPal account and you can even help out the countryâs finances at the same time. Tell you what, Iâd pay for a quick chat and a w-

GILDAS: Thank you Randy! Hope thatâs helped posh iDave over there in Oxford and London

SISTER E:(WISTFUL) Actually if thatâs who I think it was I like quite like his misses. Sheâs my girl crushâ¦

SISTER E:Yeah, her and that Alex Jones off the One Show. I mean you would, wouldnât youâ¦?

[SILENCE then sound of TALL drinks being poured]

GILDAS: Too much information there, I feel. Right, moving on now, our next caller is âNickâ from Sheffield, who I believe has some sensitive personal issues he feels he needs to explore. Welcome Nick, how can we help?

NICK: Well, Iâve been happily married for nearly 15 years, butâ¦but lately I have found myself strangely attracted to a manâ¦a man called Daveâ¦

HACK: Reminds me, I need another fag! (SOUND OF LIGHTER) â¦

NICK: I didnât mean it to happen. We were just thrown together in desperate circumstances. But I feel more and more that I love him. I want us to be together for ever and ever. I feel this connectionâ¦to powerâ¦when heâs close and supportive. And yet I feel he is using meâ¦as if heâs getting ready to dump me when it suites him, but I like itâ¦. Is this wrong? I know have been betraying people and living a lie but I canât help myself!

GILDAS: Tricky one Nick, I feel this needs a womanâs touch. Sister Eva?

SISTER E:Well Nick, itâs important to realise that there is nothing to be ashamed of. From time to time we all like to dress up and play dirty games in which we are humiliatedâ¦

HACK: (SOTTO VOCE) I can imagineâ¦(SLURP)

SISTER E:â¦and cheat on those we have made solemn promises toâ¦in our manifestos, for exampleâ¦

SISTER E:â¦but itâs important to understand that you are human. No one here is judging you, you conniving two faced bastard. What I feel is that you need to have some BOUNDARIES. I like to have a special âSAFE WORDâ that I can use to stop things getting out of hand. I think that might help you in the sick, vile, twisted, disgusting, sordid and unnatural relationship that you describe. A word which tells you both when it is time to STOP. I suggest âAV.â

NICK: Thatâs great Sister Eva. But how can I get him to take me roughly from behind?

HACK: Just when things were getting interesting!

GILDAS: Letâs move on! Next up is âJacquiâ from Redditch. Good evening Jacqui. Jacqui, I hear that sadly you recently lost your job!

JACQUI: Hello Gildas. Yes, I have recently been made unemployed. Have the panel got any ideas what I should do to start my own business?

GILDAS: Well, Jacqui, are you any good at anything?

HACK: Are you good looking?

GILDAS: Hmmm..trickyâ¦ Jacqui, do you have any materials readily to hand?

GILDAS: Just time now to squeeze in a couple of quick calls be fore we go. First âStephen the Speakerâ from Westminster. Stephen, how can we help you?

STEPHEN:Hi all. I am very little and my wife is very tall and has a very big mouth. I have recently been appointed to a new post which involves shouting ORDER!ORDER! but I fear I may be unpopular. How can I spot trouble makers and time wasters?

HACK: Theyâre the ones on the green benches sitting in front of you.

GILDAS: Thanks Stephen, glad we could clear that up for you. Finally tonight is âPresident Gâ calling from Tripoli. Come in President G! How can we help you?

PRES G: I am BIG DICTATOR but lately my powers..they is waning yes? My peeps, they seemâ¦rebelliousâ¦they is complaining a lot. OH MY HEAD IS FULL OF BEES! They write bad things on me on Face book, Twitter and internet forums! How can I be fighting this fire and controlling the peeps?

GILDAS: Have tried using the Presidential guard and the mercenaries?

HACK: Have you tried using the fighters and the helicopter gunships and the bullets we sold you?

SISTER E:Have you tried dressed up like something from London Fashion Week and made long rambling speeches?

GILDAS: Is none of it working?

GILDAS: Well I think that went as well as could be expected in the end.

I still think it went quite wellâ¦maybe just doesnât come over that
wayâ¦
Thanks for the kind comments anyway!
Sister E

Radio Ga Ga would maybe have been more apposite!
Thanks all

Everyone in my office just turned round to look at what caused me to spill
my coffee.

Your team seem the caring, compassionate sort whoâd volunteer for the
Samaritans, and to the first potential suicider-on-a-bridge would offer the
sage advice âJump you bugger, jumpâ

Thanks Joe
I am grateful for your kind words
Of course, it is just
a bit of fun. How ironic that I have been a long time supporter of the
Samaritans, who do such good work.
On that subject I am, for once serious
â they do a lot of good, and there are times when I would have been grateful
for a kind word in the early hours
G

Thatâs the best laugh Iâve had this week. I hope that was just The
Pilot.

Well, a trouble shared is a trouble doubled, as they say.

George Osborne would have appeared, but he was doing stand up comedy at the
Hammersmith Odeon.