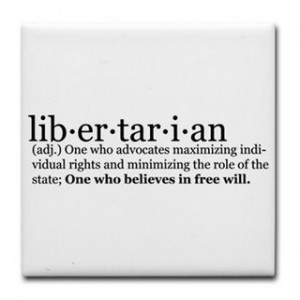 The Minister for Climate Change, a Canute figure forever muttering ‘Back dastardly warming’ to himself; The Under-Secretary for the Rubber Band Cupboard; The Chief Executive of the National Committee on the Numerical Sequence of Egg Cartons; how many times have you heard a man gloomily refer to himself as ‘the Sous-Chef’ when he has accomplished the magnificent feat of peeling a potato?

I do seriously ask whether men are capable of performing the simplest task without a title of some sort. Bureaucracy. Headed notepaper. Embossed visiting cards. A secretary or two, the full panoply of Man of Status.

Fear not, I am not coming over full blown feminist on you – just querying why the cart must always precede the horse in the male world. Women, in my humble and completely biased opinion – feel free, as ever, to vehemently disagree – tend to perform the action first, and then and only when, they have been joined by dozens of other people, find the need to establish the pecking order, the hierarchy of order taking, the reward system, to be of pressing need to establish.

Arriving at the Libertarian ethos from a Quaker viewpoint, I had understood the entire point of Libertarianism as being self reliance, personal responsibility, individual autonomy and a desire to minimise the actions that the State needed to take on behalf of all of us, rather than an alternative quasi army within which you followed a different set of leaders. Could I really be an anarchist at heart? I had not imagined it could be so, but now I wonder!

I was minded to re-examine these niggling thoughts by the sad spat that has occurred at the Libertarian Alliance. I don’t intend to provide a direct link to the full line of dirty washing, it is not relevant to this discussion – what did catch my eye was that the ‘President’ had resigned. I had thought that only Banana Republics and Warmongering Nations had Presidents, but it seems that given the right circumstances, so do groups of autonomous individuals committed to personal responsibility.

On reflection, I seemed to be living in a glass house and in no position to be throwing stones at this particular oxymoron – the Libertarian Party is not immune to the syndrome, we have both ‘a Leader’ and ‘a Chairman’, and a plethora of National Committees to discuss this and that, the ratio of biscuits to coffee for all I know.

I did enquire why fore? The answer that I got, in respect of the Libertarian Party at least was that they were pushed down this route by the Electoral Commission – who demand to know who your ‘Leader’ is, and separately, who your ‘Chairman’ is, before scooping up your first 500 quid of donations and allowing you to field a ‘Libertarian’ candidate in an election rather than merely support an ‘Independent’ candidate.

It is an answer of sorts, but begs the question – is giving a candidate an official ‘Libertarian’ title the most important support there is? Or put more crudely – is ‘talking the talk’ really more important than ‘walking the walk’? A commentator on the Libertarian Alliance site made the – to me – startling comment:

“Official” institutions are a vital part of a political movement, and blogs and tweets in themselves are only a part of a movement.

Is not the quality of the candidates, the generosity of the pavement plodders giving their time to leaflet, the mass of bloggers who devote hours to lovingly tending blog posts extolling personal responsibility and peeling the dead hand of the state from our throats – and pockets – the true spirit of Libertarianism? An amorphous body of men and women who come together to give what they can, when they can, as they can, rather than an army directed by a miniature version of ‘top-down’ government from on high?

Can politics never be any more than a confrontational army, clustered round a ‘Flag’, obeying orders from on high, with an established chain of command, duly covered with prescribed dollops of ‘scrambled egg’?

I have been truly heartened by the times readers of this blog have come together to help some unfortunate soul currently in difficulties. No bureaucracy, no list of donors published, no titles awarded, no rewards given or asked, just decent human nature doing what it can, when it can, as it can. Job done, each and every time – and na’er a sign of a ‘National Committee’ or any of the other accoutrements of the political ‘Wheeltappers and Shunters Club’.

Am I misunderstanding the male psyche, missing the point entirely perhaps, a frustrated feminist – or even a closet Anarchist in my dotage?

I have to agree with the majority of comments up to now.
Blokeys feel
the need to impress. It comes down, really, to that!
Not a comfortable
thing to admit, really, and I hope the fellow male posters won’t feel I’ve let
one of our secrets out, but yes, we feel the need to fluff up our tails and
show off, basically!
Terribly guilty thing to admit, but I still do it in
some ways, even now, I now and then feel the urge to impress t’missus. It’s
daft really, a primeval urge we should honestly have long grown out of… yet it
sometimes gets the desired primeval responses, IF those in question are
willing.
“Nudge, Nudge, Wink, Wink, Say No More!”

It’s a well-established principle that females of many species, including
humans, are predisposed to choose a male who appears to have ample strength
and resources to ensure that she and her brood will be well cared for. To
attract females and maximise his reproductive chances therefore, a male must
not only have these qualities, but must also display them somehow. At its most
basic, in humans this means that really successful males must have power,
wealth, and lots of scrambled egg.

I suppose it would be churlish to point out that a “pecking order” is where
the hens establish who’s boss. The rooster does his job and is blissfully
unaware of the female maneuvering that goes on elsewhere in the farmyard.

A gender battle argument ? I agree with a lawyer, a lady with 0.45
hollowpoints, and the lady in curlers. I’ll check what the question was
now…

Apropos, only, I suppose, of a loose connection between women and pecking
orders and ‘scrambled egg’, I was somehow minded of the Baroness Ashton of
Upholland, European Union High Representative for Foreign Affairs and
Security, and First Vice-President of the European Commisssion.

But perhaps I should relax as this former Labour apparatchik apparently is
happy to be referred to merely as Cathy Ashton. Oh yeah?

Can’t say I understood a word of the link, but I gather there is an ongoing
dispute. I just happened to notice, as one does, that there is a limited
company involved with a 49/51 shareholder split.

Just on the off-chance there may be petitions flying around, please feel
free to mention that I’d happily provide advice on a pro optumo dennisio
basis.

(It would have been on bono dennisio, but the section has been promoted to
994 and is much better now)

I like your first sentence, As Huhne/Hoon is very nearly another word for
Canute, aka Cnut!
But in my humble experience, there are both men and women
with both the traits you describe; also both aspects within everyone to
varying degrees. I know women for whom the title is more important than the
task and men for whom the task is all that matters. So I conclude it’s
probably ego, not sex, driving these distinctions.

I mustadmitI’m not an anarchist. The idea seems excellent but reality
suggests to me that there will always be people (inside or outside) who take
advantage, too evil or too stupid to behave in a responsible way, and for the
sake of the weaker and the security of the sensible majority such people must
be controlled.
Libertarianism strikes me as a good compromise, let people
do as they please as long as they hurt nobody else, but with just enough
authority to enforce that. Like you I believe that most people are decent and
we are social creatures, so if left alone by authority we will always help and
support one another.
I know little of the party, but I wonder why they
don’t deliberately refuse to have a leader and simply label candidates as
independents ‘supported by the Libertarian Alliance’ – that gets the message
across.

Ah the great minarchist/anarchist self debate.

We all go through it, we all favour one at one time, then switch for a time
before coming to the conclusion that while while anarcho-libertarianism is the
dream, it will only take place when several nations are ready to disband their
redundant governments and bureaucrats.

I am a great believer that government – if we must have such an entity –
should be as small as possible.

Reduce the fifty odd departments to five – dump those cut in their entirety
with all the quangos (the five? home office, treasury, defence, justice and
foreign office).

Place the voting for anything – except paper clips, or maybe not – in the
hands of people that have shown some grasp of what is going on. Parliament can
then become somewhere to formulate the rules that we, the people, vote on.

Some adverts are now appearing against the comments. Are you selling out,
Anna?

One is considering the options – but if they think the ads are going to
appear between each and every comment, then the answer to your query is
‘probably not’!

I hate adverts, but not enough to cancel my subscription!
Ads on
screen are easy enough to mentally blank out, unlike radio and tv.
So,
I can live with it. Carry on.

Suggest you use Firefox plus the add-ons Adblock, NoScript and Ghostery.
You don’t see the adds, no one can run a javascript if you do not want them
to and you don’t give free info to Google et al.

In view of recent internecine squabbles within the Libertarian
establishment (particularly the LA), I was reminded of those words of Bob
Dylan:
“..With Ezra Pound and TS Eliot
Fighting in the Captain’s
tower
While calypso singers laugh at them
And fishermen throw
flowers..”
(vide http://caedmonscat.blogspot.com/2011/02/leos-dream-diet.html)
I’ll
remain with Obnoxio in the anarchist camp for now…

I think it was summed up very well in “yes minister”, but actually all it
is is procrastination. Physists will tell you there are four fundamental
forces, but actually this procrastination is a fifth universal force, and as
such relates organisational size to an inability to actually get anything
done, in proportion to the urgency, or desirablility of that thing. I believe
that the same effect applies regardless of the sex of the participants. But
this is not proved, and I am currently seeking a research grant!

Do you really expect to get a research grant for such a woolly-minded,
unscientific-sounding, mystic-meg bit of pseudo science?!

On the other hand, if you slightly redrafted the wording of your research
application to something along the lines of:

“I believe in one Global Warming.
I believe in a single Socialist
World Government.
I believe that I can prove that procrastination by men
and women can be linked to CO2 density.
Please give me a million pound
research grant (by the way I love Chris Huhne and Dave Cameron).

Then, you might have a chance of becoming even richer than Nick Clegg
from the abundance of generous grants from socialist dominated research
councils and from lecture fees from “progressive” organisations.