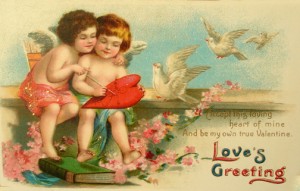 Last December there was a small piece that popped up in my RSS box, not really substantial enough to make a blog post, but intriguing all the same. An on-line Divorce company – I had no idea such a thing existed – was offering a ‘free divorce’ as the prize in a competition to celebrate January as the ‘peak month for divorces’.

Divorce Online ‘allows’ – their words – couples to conduct their own divorce proceedings ‘without having to fork out for a solicitor’.

“In our competition, all we ask is that entrants must have agreed an amicable divorce and have agreed their financial and children’s arrangements. The couple who show they have approached their divorce in the most sensible and amicable way will win.”

Hmmn, I rather thought it was the law which ‘allowed’ us to conduct our own divorce proceedings, and whilst you don’t have to ‘fork out’ for a solicitor, you do have to ‘fork out’ £740 to Divorce Online! You can of course go directly HERE and file your own petition for divorce directly to the courts for considerably less….

Anyway, back to our competition; I made a note in my diary to follow up and see who had won this miserable Christmas present.

No sign of any winners mentioned on the Internet, so I phoned the company.

‘Who won?’ I said. ‘Ah, we cancelled the competition’ was the response. ‘On the grounds of poor taste?’ I sarcastically suggested. ‘Not at all, lack of interest actually, we only had three entries’ she shot back.

By now thoroughly hooked, I got to speak to one of the Directors of the company, Mark Keenan, and a riveting tale unfolded. It was certainly riveting to me, for I had already shown that Labour was quite literally driving us mad, now it seemed that they were wrecking marriages.

In January to March of last year, the dying days of Labour’s stressful reign over us, Divorce Online had enjoyed a spectacular 40% rise in sales – then came the election and the emollient effect of the Con-Dem government resulted in an almost immediate 10% drop in the number of couples who decided that they couldn’t stand the sight of each other!

Unfortunately, the Office of National Statistics haven’t yet published any more up to date figures than 2008 on Divorce in the UK, so I am not in a position to challenge Mark Keenan’s assertion that this is because Divorce is in a bracket broadly  described as a luxury good, and thus susceptible to the pressures of the economic situation.

I find it hard to believe that those who want a divorce will gaze lovingly at each other over a Valentine’s Dinner tonight merely because the price of petrol has gone up, it would seem more likely that life in general has become, if not utopian, at least more bearable than it was under Labour. I must remember to check if the number of us going mad has dropped as well!

As you gaze into the ‘limpid pools’ of your loved ones eyes tonight, remember to raise a half hearted glass to the emollient Con-Dem government – you might not be so enamoured if Labour had still been in power.

Is it really lack of money that keeps you together? How unromantic!

The £740.00 quoted includes court fees of £365 which are paid to our lovely
government to stamp the petition, send out 4 letters and to have a judge spend
2 minutes looking at the papers. Our fee is £69 for a diy divorce upto £310
depending on whether the parties require a financial order and have it managed
for them. Enjoyed the post nevertheless!

I know of at least one couple who are seperated but not divorced as they
‘can’t afford a divorce’.

Funny old world. To be honest I fail to see why we have to involve
expensive lawyers – it’s just an agreement.

But then…what was it Shakespeare said about lawyers again?

I must be one of the lucky ones. I’ve been married 26 years and she keeps
looking better by the day. Wish I could say the same about myself, but in my
case, the years have made me crustier and grumpier. Still, thankfully, “the
love of me life” has continued to put up with me – grouchy bits and all.

Not sure the Tories and Lib-Dems will be saying the same thing in a few
years time though!

Socialist family values from Dr Zhivago.
“Despite Strelnikov’s loyal
service to The Party he had been watched. They had seen him put family before
Party and executed him without trial.”
Better not send a Valentine to
what’s-her-name, Red Ed…

It kinda makes sense. The divorce rate is very variable across the year,
and follows times of family stress such as Christmas. I work in tourism, and
we see a lot of ‘domestics’ where couples who have happily spent the year
apart at work suddenly spend a week together with the kids and decide it isn’t
working any more. So a change of government, and the (slight) feeling of
optimism that this brought about (hah) could well account for a proportion of
couples feeling able to give it a go for a bit longer.