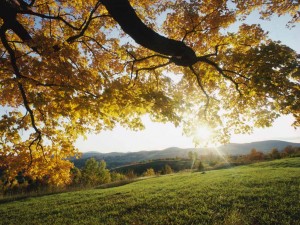 Grief, and its closely related topic death, is not a matter much discussed in the modern world. Like growing old, it is a topic regarded as taboo in a society which if it is not dominated by a cult of youth, is dominated by a media which is.

A wise man might say that grief is inevitable. It is part of the yin and yang, the light and shade of life. It is the necessary counterpart of love. But I am not so sure that is right. All I know is that it is a terrible thing, and a potentially destructive force if unalleviated.

Just after Christmas the BBC screened a short series of adaptations of Michael Dibdin’s Aurelio Zen novels, following the adventures of the Venetian detective set in Rome. It caused some minor debate because of the mixture of accents, but I loved it. Rufus Sewell (a very good actor and a man I would happily describe as beautiful) as Zen and the stunning Caterina Murinho as his love interest Tania lit up the screen with that old cliché “chemistry”. Sadly it’s no longer available on the iPlayer, but if it’s re-rerun I recommend it.

In one scene Zen expresses his doubts about their relationship and Tania asks him if he still loves his ex wife.

“Not at all” he replies, “but I am still grieving for my broken marriage.”

A subtle and important difference, and an acute observation.

I had a slightly unusual night on Saturday. A rare social event for me, with a visit to an old friend across the Pennines. The anticipated dinner party was postponed as she insisted on dragging her hubby and me to a visit to the gym. Since I am on a fitness kick at the moment, and being a warrior monk anyway, I did not demur too strongly. A decent work out in one of those rough but “salt of the earth” gyms that cage fighters and body builders go to ensued (in my experience always much friendlier than the big commercial chains, and safer to; nobody messes with your car outside) before we retired home at 9.00 to enjoy a fine curry and retox with plenty of good red wine. A general happy chit chat with my hosts and other guests ensued. I was, of course, in fine form and played the jovial guest to perfection, I think, with my witty and amusing anecdotes about historical tracts, plagues, and moral panics (ahem).

The exercise must have done me good for I awoke the next morning feeling in good fettle, and after a full breakfast commenced my journey home to the Abbey by car. For these purposes on a whim I took a scenic route along winding across the rolling moors and farmland of the Pennines, around Holmfirth, Huddersfield and Saddleworth Moor. It was a rather gloomy, windswept day with a touch of rain, and for some reason the countryside still seemed cloaked in its autumn colours and bore a November-ish feel. Nevertheless Michael Ball chatted agreeably on radio 2, and played some jolly songs, and all was well.

Then he played a particular song by the late lamented, Eva Cassidy. Immediately I knew what I had to do. I HAD to turn off the radio straight away. Or just change channel and put the sport on. But, for whatever reason, I did not. Instead, I pulled over into a lay by, and listened, sobbing with the tears rolling down my cheeks.

For I was not always a monk.

Ah well, onwards and upwards! Time for a run, then Sky Sports and then work.

Oh, I nearly forgot the link.

Gildas, man, yer gert big softie, you’ve moved me there. Careful, you might
end up almost as soft as I am!
I must admit, I like your posts, I like Eva
Cassidy too, and I was always a landscape fan. Have you seen the Landscape
Channel? It’s nice, we often have it on.
I’ve not said before, methinks,
but I am actually an ex monk. Never took the biggies, got out early because I
realised I needed a woman.

By a strange coincidence (resists temptation to add gravitas with Jung’s
theory on the collective unconcious) I had similar thoughts a few days ago.
The theme tune from an old TV series came to mind, White Horses. When I looked
on the net I found a tribute to to the series and the news that the main
actress (who was 20 when it was filmed) had died of heart failure in her
40′s.
The net’s a great source of info but it’s raw info that’s very ‘in
your face’ at times.

For some of us, the idea of “Fresh air & exercise” consists of playing
chess by an open window.

Isn’t opening the window going a too far?

I thought Zen was fantastic, by the way.

No special comment on grief but I thought your opening para interesting.

“A society which if it is not dominated by a cult of youth, is dominated by
a media which is.”

License fee payers are overwhelmingly thirty plus: consumers of advertised
products likewise. Yet the majority of broadcasting seems to be directed for
and aimed at those in their late teens and early twenties. Can we wrinklies
demand a refund or something?

Sorry, Gildas, but it has to be Edith Piaf’s version – first (?) and best.
Mournful, ragged and quietly defiant.

I live just down t’ road from t’ tops. With the scenery and Eva on it’s
quite understandable how it can change someone’s mood.
—

“Not at all” he replies, “but I am still grieving for my broken
marriage.”

As I said in a previous comment, you spend ages trying to write something
and then someone else comes along and says exactly what you wanted to.

To be fair, if you’re not moved to melancholy by Eva then one should
question whether you’re on the right track. I live in Hudds and nipping out up
to t’moors does kinda highlight the temorary nature of our little adventures.
Chin up.

Don’t bother with the Satnav – I ended up at Crufts.