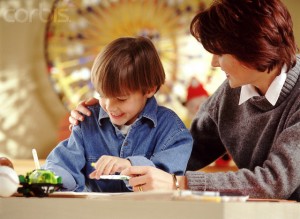 The do gooders who think they know best usually end up getting the reverse result that they are aiming for. This is because they go purely on instinct and emotion and not actually looking at the issue and checking to see if there is a problem in the first place or not.

Recently the do gooders looked into the hard cases of the very rare times when a teacher abuses the trust placed in them by students and does something like a sexual assault on the student. The do gooders let their emotions run wild and decided that the best thing to do to stop such assaults from occurring is to stop any touching in the first place. Rather than look at the issue in depth and understand it they took the knee jerk path.

In some way they didn’t have a choice. They were conditioned by the whole environment of the self righteous around them. All they had to go on is the previous history of other organisation’s experiences whereby insurance companies impose conditions so as to minimise their payouts. Note, to minimise their payouts, not to actually choose an action which is best for everyone.

So the do gooders made some videos which showed in an exaggerated form the “dangers” of touching and were surprised at all the negative press they got from all around, even from those within the organisation. However the self righteous will still believe that they have done the best for the children because there will be no opportunity for the teacher to abuse the child.

What they don’t realise is that they have changed the whole environment of teaching built up from centuries of experience – for the worse, in one fell swoop. Many teachers admit that it’s helpful to be able to touch a music student to be able to give the student sensory feedback about which part of the their body they need to adjust to produce the best performance.

What they don’t realise is that they haven’t taken into account human nature. If a teacher was to abuse a child a no touch rule will do diddly squat in terms of stopping them. It’s like laws that make it a criminal act to smoke your work van when you are self-employed – unenforceable. Or the CRB system that stops abusers who haven’t got a criminal record. To stop the abuse they would then need to take the no touching rule a stage further and stipulate that all music teachers have to hire an independent observer to watch the class to ensure the no touching rule is kept. But then even they will realise that they are going into silliness – you hope.

So in the end the people who know best actually know the least and have harmed the very art they they are supposed to be promoting. All they had to do at the start was do nothing. Not literally nothing, but they needn’t have come with new rules and regulations and guidelines. All they had to do was ensure that if a case occured that they acted quickly to stop the teacher’s abuse and to provide support for the child, because no matter what rules and regulations and guidelines they invented they would never beat human ingenuity.

The other problem with the Musician Unions attitude to touching is that other people will pick up on it and use it for their own purposes based purely on the fact that some prestigious organisation has done this so it must be right – again without thinking things through. Which leads to case like this.

In some way the teacher in the case above had no choice. Teachers have been taught and conditioned that schools are more than places of education, they are also places where children learn social skills. Therefore the main purpose of teachers is not to educate but to install socialist Fabian attitudes such as letting their students attend marches rather than do studying.

But it’s not all doom and gloom. Some students do actually realise that what the teachers and others in authority are doing is counterproductive to their education and their social skills. The students realise that to get the right social skills they do need to touch and interact with each other. They realise that when they finish education they will be let loose and need life skills to cope with the real world and its shades of grey where nothing is black and white which is what banning is. They don’t need bans stopping them doing things, they need to be taught the nuances of when things are right and when the same things are wrong so that they will have the knowledge to cope with any situation rather than specifics.

Ah, that great song by The Doors

Many of these apparently well-meaning rules and regulations have an
unintended conequence – inflicting terror in the hearts of decent people. A
stranger can no longer comfort a toddler separated from it’s parents in a
supermarket, or lead it by the hand to the customer services desk for a
announcement to be made over the tannoy for fear that some idiot will accuse
them of attemped abduction. Sadly, there are people who see malice in innocent
actions, and their word is now taken as gospel. Decent people are put off from
helping in such situations because of the fear of being falsely accused.

Teaching has largely become 80% administration and 20% teaching. Even when
teaching they are confined to a narrow route to deliver set topics. Gone are
the days of creative teaching where learners felt they were part of something
special. Now we have automatons delivering to automatons.

“To put it another way, they are a sad bunch of mentally deprived
individuals, who are under the misaprehension that they are clever.”

This accurate definition applies equally to all the majority of politicians
who have ever lived.

the problem with these so called experts is that they have read all the
books, done all the courses, passed all the exams, but never done the job. To
put it another way, they are a sad bunch of mentally deprived individuals, who
are under the misaprehension that they are clever.

That sums up most of government.

Touch is quite the most basic means of communicating human trust. The last
government’s outright assault on all forms of this apoproach to life tells me
all I need to know about them. Shame on them, shame on them all – people like
Balls & co. have no place in this country, and are no more than a foul
virus. The child who is NOT touched does not grow as thoise who have do.

I agree with both woodsy43 AND john malpas!

Yes, the mania about ‘unwanted touching’ has grown too strong, but as a
non-touchy-feely person myself, I can’t help but feel uncomfortable at all the
public displays of tactile reassurance I see around me.

You might be right but the british empire was run on a ‘stiff upper lip’
social structure.
When you youngsters introduced hugging society started
falling apart.

You are absolutely right SBML. The people who think up such nonsense must
have very cold sterile lives and want all the children to grow up as paranoid
and twisted as they are.
Apart from the training aspects touch is also one
of the most important forms of communication between people, especially when
expressing emotions like sympathy, friendship, support or consolation when
someone is upset, in some situations it is often more important than spoken
language. To deny children such communication is itself a form of abuse.