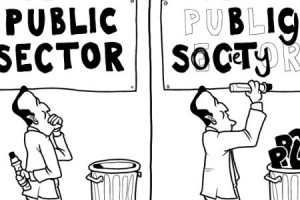 I am indebted to the acerbic genius that is Old Holborn (hobbies: “provocation, mischief” – his words not mine) for drawing my attention to the youtube video that I refer to below. I do not always agree with Mr OH, but I am always better informed, challenged and amused by his extraordinarily incisive mind. His website is here: http://www.oldholborn.net/

Now much as I might like IDave, I have one or two issues with him. He seems OK, and almost the sort of bloke you might like to have a beer with, but then I have to remind myself that he is PM and nobody – nobody – get’s to be PM without a ruthless selfish streak a mile wide.

And all this “Big Society” idea. I listened to it during the Election Campaign, and from the political standpoint, I thought it sucked. Even at its best no one knows what it means. Is it some sort of pro-giantism agenda? Are we all to be given growth hormones? At its worst it’s the sort of patronising tosh which only a well meaning toff could come up with. It is meaningless rubbish and just doesn’t play well with the ordinary voter, who has concerns about tax, crime, mortgage rates, jobs and the price of beer and fish. And if he or she tries to sign up to be a volunteer football coach is liable to be arrested for being a child molester unless he or she has been “waterboarded” by Gary from Social Services (although Gary may well be off sick with stress, and his assistant co-worker Jo will be off with stress as well).

Anyway, what about a different idea of a Big Society? One which has not been possible before. One where I can write this in my little study and within minutes you can read this if you are next door, or in the next county, or on the other side of the world? Where we can, in short, come together and communicate share, engage, debate and laugh.

Or indeed agitate revolt and organise. As I write this, President Mubarak of Egypt is clinging to power in a way which would make even Gordon Brown look like a democrat. Almost. It’s not going to last, I suspect. I fear trouble. But think of that: I have been listening live to what is going on in Egypt, and the howls of derision of the crowd! Amazing!

The will of the people is clear. Whether this will be hijacked by other forces is another matter. And in this Egyptian revolution the role of the internet has been important as ideas of freedom have spread across the Arab world, and information about demonstrations have been shared.

No wonder governments quake. They fear the exchange of ideas and information.

But let’s leave aside revolution for the moment. We will come back to that in the future.

For now, let’s imagine, as OH pithily suggests, a really Big Society. One where across the planet we share, discuss, unite and even sing, assisted by the facility of the Internet.

Sing? Oh yes. Listen and watch, and enjoy the potential for us all to join, unite and be free. And sing.

I beg you to indulge me for one second.

We live in the Universe. “Uni – verse”. One Song in which we all play our part.

Over to you. Enjoy. I think it’s lovely.

…put simply we have a choice between a voluntary society – which is what I
want – and the quasi-fascist “good society” that some seem to want. If we are
liberal (really liberal not using the name as a fig leaf for Fabian social
democracy) then we must want a voluntary society – helpfully described here http://www.independent.org/store/book_detail.asp?bookID=17

The screams about funding and Big Society are about who owns in – the
agents of the state or individuals. As power and cash is withdrawn ‘society’ –
in the form of individuals making choices – has to decide whether it wants
that activity to continue. Do we want a village library, a soup kitchen and so
forth – their success stands and falls on whether society wishes them to
continue. They can no longer go cap in had to government.

“People will embrace retrenchment in principle then lament any cut
affecting them. Shrouds will be waved, illiteracy and infant malnutrition
predicted, and in the opposition imagination old people will be starving or
freezing to death in countless wretched hovels. The demise of theatre, ballet,
museums and day care centres, the fine arts, mountain rescue and the Battersea
Dogs Home will be pronounced imminent. Charities, think-tanks and academics
will write to The Times to call ministers deaf to reason. Long-term savings
will be claimed to be achievable only by maintaining current spending. The
whole lexicon of short-termism, scorched earth, vandalism and philistinism
will be ransacked. Howls of indignation from co-ordinated bands of
identifiable losers will drown out quiet murmurs of approval among the
ungalvanised majority.”

I saw a video the other week showing that of the (I think) 7 million public
sector jobs, TWO MILLION were “front line”.

Would it not be easier, in a sane society, to find cuts amongst 5 million
than 2 million ? Not if you want to make sick political points, it
wouldn’t.

No one mentions that the same can be achieved by only 10 % cuts amongst the
back room and managerial sides. There, it could be done mostly by natural
wastage and NOT replacing.

Thanks very much for that, it was very uplifting (I mean the video of
course, not Call-me-Dave’s Big S. or the scenes of violence in Cairo).

Readers who enjoyed that may well enjoy the clip below as well. Those of us
who are dismayed by the persistent dumbing down in our media will be heartened
to know that hte following youtube video has had 31 million views so far! Some
of you may have already guessed what this is, but I must say I really enjoyed
watching it for the umteenth time just now:

This has spiraled off in a most unexpected way!

Yep spot on.
The Labour councils are cutting front line services as a
political ploy ,well so you would think.
Personally I think there is a
lot of cronyism in councils ,who would you lay off, ten street cleaners or
your cousins hubby down the corridor.

It would make nepotism, cronyism and several other isms that I can’t
remember at the moment a lot harder if decisions where to make cuts were
made by officials of councils at least 100 miles away from the council
where cuts are to be made.

This whole notion of the Big Society is really a Tory Big Con. What is
“Big” about cutting funding to the Third Sector, reducing funding to local
councils, making public servants redundant, selling off services to private
organisations … and then telling communities they have to run local services
themselves.

I would stay and argue my point longer, bu I have to run and teach my
daughter, act as the local village lollipop man, open the library, advise 6
unemployed claimants and run the local drugs service. Then tonight I’ll run
the local police station and care for 16 OAPs who live in sheltered
accommodation.

Is a charity funded by the taxpayer really a charity?

Are some councils being a little political in the cuts that they are
making?

Why should government be expected to do everything?

Why should the hard-pressed private sector be expected to fund all the
public sector profligacy through the taxes extorted from it?

What’s so onerous about making a voluntary contribution to society if you
can?

Interesting points PT – and worth debating!

That’s a stunning bit of music, Gildas. Thank you.