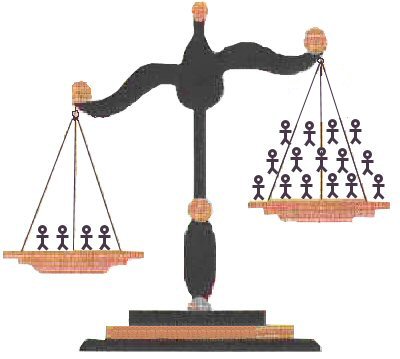 I have been stirred into print this morning by a new ‘mental affliction’ discovered in America – where else.

I am not, it would appear ‘normal’. I suffer from a defect in the brain. A ‘fault’. A deviation from the ‘norm’. Since it is something that it is hoped I can be ‘helped’ with, I must assume that it is an undesirable deviation. Otherwise why would anybody be searching for a cure? It is an Incapacity. A mental incapacity.

That would bring me within the Mental Incapacity Act 2005. (Pipe down in the back there, I haven’t mentioned it for at least ten days now.) (And do be quiet those of you who have always suspected that I have a brain defect, you are not big and you’re not clever).

Within the Mental Incapacity Act I can be forced to accept treatment against my wishes, I can be locked up without charge, without trial, and without adequate appeal, for, well, for as long as it is considered to be in my best interests. Surely it is in my best interests that this defect be cured?

I have a genetic variation in the α5 receptor subunit of the habenulo-interpeduncular tract. I bet you wish you had one too? In fact, if you are reading this blog, there is a one in five chance that you do have. We are ‘special’. We are abnormal. Medical Science is advancing on us, on behalf of the vociferous four fifths of society that wish us to seek a cure for our ‘defect’.

On behalf of all those who have a genetic variation in the α5 receptor subunit of the habenulo-interpeduncular tract, I am going to campaign for Disability Living Allowance. It is only right that we should receive it, that our disability should be treated equally with other disabilities. That special facilities should be made available to us, that we should receive a non-means tested allowance to help us cope with the extra expense of living with our defect. We will also campaign to ensure that we are not discriminated against in employment – we may not be able to sit at our desks for as long as others, for no fault of our own. We should not be the butt of the righteous’ jokes any more than homosexuals or those of ethnic origin.

We must do all this soon, for it can only be a matter of time before we are locked up in our ‘best interests’ and forced to accept radical treatment.

Yes folks, American science has finally discovered that we smoke because of a brain defect, a genetic variation in the α5 receptor subunit of the habenulo-interpeduncular tract.

Now ye righteous, you just dare to discriminate against me because of my disability – Gotcha!

Since this astonishing development has come to light, I think it’s only
right that we vigorously petition the government for screening by the NHS so
that those non-smokers with a latent defect can be discovered. They will then
be able to legitimately claim their allowance (I suggest 200 Benson &
Hedges or Marlboro a week; if preferred, 50gram packs of Old Holborn and
Rizlas) and if they don’t use them, they can sell them at duty-free rates to
those who really need them. Anna – are Gauloises/Gitanes Caporal still de
rigeur in France?

No, Gauloise are out of fashion these days – even in Bergerac the capital
of the tobacco industry here. Marlborough’s are probably the top brand
now.

Pity. I used to like Disque Bleu and Gitanes.. I suppose they’ve gone
the way of the Park Drive, Woodbines and Number 6 of my youth..

Hang on. After 25 years of smoking plenty, I gave up the fags (and
cigars)20 years ago. What might have happened to my genetic variation thingy
way back then? Serious question (well, sort of).

Beat me to it. Are we victims of some super secret treatment experiment
conducted by an anti-smoking gene the rapist to make us stop enjoying a
cigarette and join the Collective, or are we actually still not normals
because we did smoke for some time. And if the latter who sends my
cheque?

View from the Solent: “Victimhood Poker”. I like that. I have been recently
minded to create a deck of cards that reflects the pyramid of “victimhood”, or
moral superiority as I tend to call it, and indeed posteda little graphic on
my blog.

http://wrinkledweasel.blogspot.com/2011/01/wws-pyramid-of-moral-superiority.html
I
would be interested to know if you think my pyramid reflects your assesment of
the hierarchy.

May be we are the ‘normal’ ones and all the others are abnormal.

Well i am definitely abnormal i smoke, and my wife smokes to so that make
us absolutely insane,but isn’t it nice to upset them,anyway what would the
European refugees know! they have been of their rocker since they had
Independence,and are getting worse.

Good spot Anna and nice post. JuliaM has a point too regarding the
disability of wanting a drink now and then. Of course receiving DLA also means
the right to a disabled badge, so we would not have far to carry the fags and
booze on leaving the supermarket, park where we like – result all round!

Hmm. I’m worried now. I have this urge to make things, to take innocent
pieces of wood and metal, and manipulate them into useful things (or
sometimes, not-so-useful stuff). Does that mean that I might have a misplaced
hypodiscumbobulatory doo-dah or something in my brain? I know I often enjoy
myself when I’m making things, and I know it’s almost been scientifically
proved beyond doubt that anything enjoyable is bad for you – eating, drinking,
smoking, nookying, breathing, exercising, not exercising.

Perhaps I should see my GP for a course of mind-altering chemicals? Or find
a self-help group? Oh dear, is there a self-help group to help me come to
terms with my guilt complex at doing something enjoyable?

But it’s not just that alpha-5 receptor. With the exception of identical
siblings, everyone’s genome is unique. So each of us constitutes a minority
(and the siblings are a minority of 2, 3, …, anyway). So there is no “normal”
. That makes for an interesting game of Victimhood Poker.

Looks suspiciously like the old drivel of genetic determinism which is
often accepted without question for some reason….

So not normal. That’s a shame as I really enjoy reading the blog Anna. I
suppose I should stop in case I get infected with second hand
habenulo-interpeduncular tract disorder.
Do you think it would be OK if I
read it in the garden?

It’s OK. I’ve heard that Passive Blogging isn’t dangerous. Mind you, they
might just be saying that to avoid mass panic…..

“a genetic variation in the α5 receptor subunit of the
habenulo-interpeduncular tract.”

I was going to say that!

You really shouldn’t take any notice of these Americans, Anna.

None of them are exactly normal, are they?

I eagerly await the discovery of one of these for boozers too, and my
taxpayer funded bottle of Glenfiddich!

Sorry to disappoint you, Julia, but it will likely be
Mr. Sainsbury’s cooking whisky — rather as heroin addicts are given
methadone :  a form of homoeopathy, I suppose.

Does that mean I’ll probably get vouchers for Will’s Woodbines? Ah
well, so long as the local pub is forced to set aside a room for me where
I can be at peace with my disability and not forced to endure
discriminatory remarks from their others customers…….

“we should receive a non-means tested allowance to help us cope with the
extra expense of living with our defect. ” Good thinking, Anna. Let me know,
if you need help with your campaign