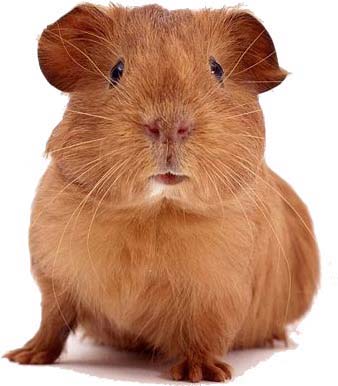 Have you got a search warrant Officer?

Deep in the heart of Bradford, the Police helicopter was monitoring the comings and goings of the community. Serious crimes of a terrorist nature have emanated from that city, so no wonder they keep such a close eye on the inhabitants.

Suddenly the alarm is sounded; a potential major crime has been spotted by the hovering technology. SOCA is alerted. Search warrants hastily issued.

Squads of police cars race to the area, uniformed officers surround the house. We are not told whether they were armed or not. A bolt cutter is produced to force entry to the house. Such excitement! Z cars live on your street.

The neighbours were aghast, for they knew the occupant to be a primary school teacher who lived with her Mother – surely she couldn’t be a major terrorist? She seemed such a nice lady.

Kept Guinea Pigs, she did, was so concerned for their comfort in this cold weather that she had left a heater switched on in the garage to keep them all cuddly and warm……

Stand Down Lads! Not a major cannabis growing factory after all……

Anna, you’ve lived in Mid-Wales so you’ll know of the problems with
low-flying military jets. An amusing story from a few years back was of a
farmer who painted “Piss off Biggles” on the top of his barn. They probably
charged him with failure to write it in both languages…

Plods’ finest moment with a chopper, was when some loon reported
‘screams’ from an old quarry one January night. Mobilising the forces’ shiny
new toy, plod disturbed a pair of mating foxes…and crashed the chopper into
the quarry !

Guilty until proven innocent, thanks for nothing Labour.

Now just fuck off and die like you were supposed to.

Amongst some communities (get that) the Guinea Pig is a favoured delicacy.
The lady should have been done for running an illegal factory farm. Then the
coverage will have taken off all the boring stuff thats on the news at the
moment.

Not directly on topic, but related :

Oh Good God ! Speechless, wonder how much that little operation cost for
the cashstrapped Police.

Probably not as much as having a ‘deep cover’ policeman on the job for
seven years I suppose.

Every day our country becomes more like a Monty Python sketch.

I had to chuckle behind by paw. Priceless.
PS I’ve never sampled guinea
pig – the Americas haven’t been discovered yet. Could you please oblige me by
sending me the precise location of these creatures? I’m very curious…

Be careful – the larger ones fight back. A tin of Felix is much less
bother.

see linky for the canadian version of due process in search of those
homegrowers http://www.theglobeandmail.com/news/national/british-columbia/war-on-grow-ops-in-bc-has-unexpected-casualties/article1866458/

I am speechless at that link ‘and in canada’, absolutely speechless.
Worth following the link folks and pray the UK doens’t get any funny ideas
like that!

Canada is not really that free a country anymore, especially when it
comes to its prohibitionist anti-smoking, anti-obesity and anti-CO2
efforts above all else.

But imagine during Christmas time when people have all those holiday
lights burning and electric bills double for the month, what a windfall of
fees this will create for these forced inspections of private homes for no
good reason other than extracting outlandish fees from innocent
homeowners.

Everyone will be guilty unless proven innocent at the rate things are
going – Monty Python sketch and world turned upside down indeed, the only
way to describe it amongst those who still have recollection of the way
things used to be. But among the young, growing up, this will all seem
normal going into the future, the sad thing.

It’s high time the Canucks stopped being so polite and started going
armed against the socialists.

There must surely be some legal means of challenging fees levied that are
clearly neither fair nor reasonable. If there isn’t, the Canadian equivalent
of Parliament is incompetent.