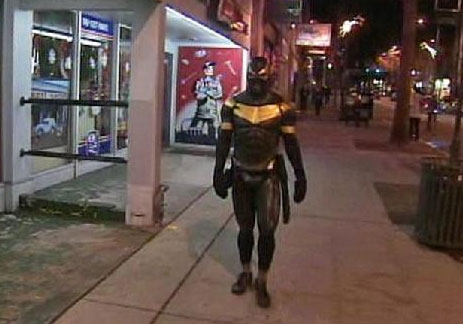 A superhero called Phoenix Jones is protecting the town of Lynwood near Seattle USA.

The local Police have advised people not to take the Law into their own hands but to call 911. The Superhero was quoted as saying calling 911 was tantamount to raising a white flag (know that feeling)

Sadly real life superheros do not have bullets pinging off them like in the movies, Phoenix Jones sadly recently suffered a broken nose for his efforts.